Barry Magid grapples with the difficulty of dharma taking root in America as it adopts different cultural rituals. 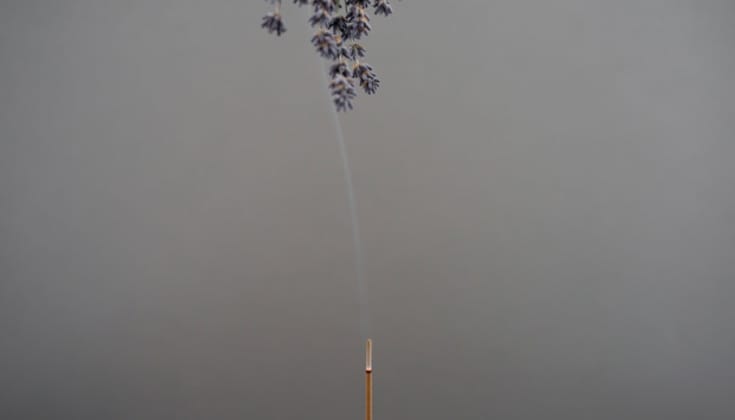 Not long ago I sent my students a link to a YouTube clip from The Honeymooners, the old TV series starring Jackie Gleason and Art Carney. The episode showed them with their pals at the Raccoon Lodge. You might want to look up the “Official Royal Raccoons Anthem” on YouTube.

The Raccoons are a fraternal order, complete with their own titles, rituals, songs, and costumes, including coonskin hats with dangling tails. They take themselves very seriously, and look and sound absolutely ridiculous. I sent it out because I wondered just how my students and I would look to an outsider during our own services, lined up in our rakusus and chanting in Sino-Japanese.

Certainly my middle-class Jewish parents, with whom I watched The Honeymooners on our twelve-inch black-and white television fifty years ago, wouldn’t have seen much difference between the Raccoons’ antics and our ritualistic behavior.

What do these people think they’re doing?” they would have asked incredulously.

It’s a question I’m still asking myself whenever I think about the way we integrate Asian religious practices into modern American lives. What does it mean to adopt the practices of another culture? How much of another form of life can we genuinely make our own? At what point are we in danger of just playing dress-up and being silly?

Ritual invokes the space in which we practice. A lay practice center like ours is a space in which our everyday life intermingles with the forms and silence of zazen. It is not a “sacred” space that we enter by leaving behind our street clothes for monastic style robes, or which is run by a separate class of ordained priests or renunciant monks whose lives are fundamentally different from ours.

As a lay teacher in the Soto Zen tradition, I have grappled with what it means to call Zen a religious practice when I have not been ordained as a priest. Why do I even call it a religious practice if is guided by a “teacher” rather than by a member of the clergy? For me, Zen is unequivocally religious because it is grounded in a reverence of each moment just as it is. It allows us to cease striving for self-improvement and to settle into an awareness of who and what we already are.

As the dharma takes root in America, one of the more exciting and challenging ideas that has emerged is the autonomy of lay practice. That the buddhadharma might be fully realized, manifested, and transmitted in the midst of our daily householder life is a radical departure from the tradition of home-leaving that has been part of Buddhism since the time of Shakyamuni. For many, however, the practice of dharma is now the practice of compassion within our families and relationships and an awareness of mutual interdependence manifested in social responsibility and action. No aspect of teaching the dharma, including the giving and receiving of the precepts, is now the exclusive provenance of monastics or the clergy. In the Soto Zen tradition, a generation ago ordination was so thoroughly assumed to be part of the path of practice that “lay teacher” was literally an oxymoron. But now, a group of us lay teachers has founded the Lay Zen Teachers Association (also whimsically known as the TWH, or “Teachers With Hair”) dedicated to the development of the dharma in the midst of everyday life.

Religious practice, to my mind, justifies and fulfills its role when it suffuses our life with awe and joy at the very fact of being alive and with compassion for all others who are cut off from this joy by suffering.

Ritual and tradition create and maintain communities of practice for us to realize this. Their forms are as varied as our multicultural world. Some traditional forms feel vibrant and alive; others seem obsolescent—or just plain silly. If we cling too literally to the rituals of the past, we will create an anachronistic gap between them and our daily life. If we innovate too quickly or idiosyncratically, we will sacrifice our history in favor of faddishness. Go where you feel at home.

Maybe I’ll see you at the Raccoon Lodge this Saturday night.

Barry Magid, MD, is a psychoanalyst and psychiatrist. He is resident teacher at the Ordinary Mind Zendo in New York City and the author of Ordinary Mind: Exploring the Common Ground of Zen and Psychotherapy (Wisdom Publications).