It may not be forever, but for right now Rachel Neumann and her partner of 20 years celebrate their love. 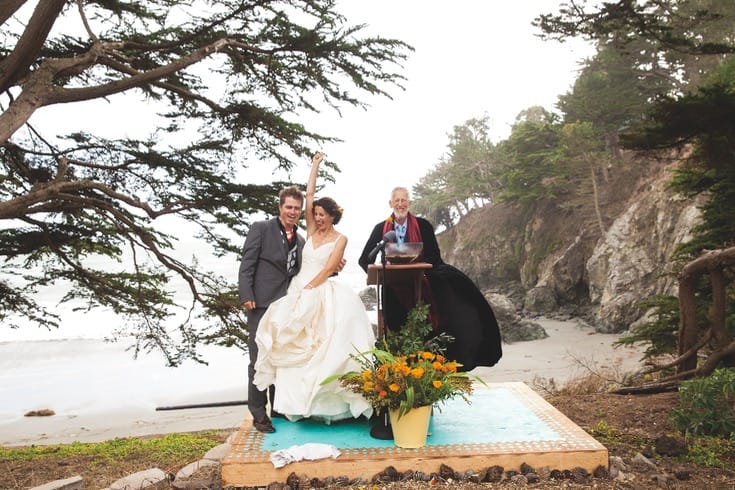 The bride and groom set the rules for the ceremony: No using the words “husband” or “wife,” no pretending the world isn’t full of dirt, and no promises — period. Photos by Sarah Peet.

Thirty-four years ago, when I was ten, I stood in a wooded field, far from a crowd of children and adults who had come to celebrate a birthday, and made two vows: I would have a daughter, at least one, and I would never get married.

I imagined this daughter would be dark and skinny and serious. Together we would travel around the world by train. In the evenings, we would retreat to our little rented room and read books late into the night. There was never a partner or a second parent in this vision; any extra grownup would just get in the way.

In my childhood, impermanence was an obvious truth. The scabs on my knees disappeared and made room for new scabs. Adults came and went. We moved here and then there. So-and-so was my best friend and then she was someone else’s. Marriage, from the little I’d seen, seemed a strange and false ritual: a public display of certainty about something that was by its nature private and transitory.

Fourteen years after making this vow, I met a man on a bus. We began hanging out, but I was very clear: I wanted to be together for as long as we had fun, but not a day longer. He nodded, easy, and said he felt the same.

Together, we moved from Seattle to New York and then to Oakland. Along the way we had two daughters, both rounder and lighter than I’d imagined, but good travel companions nonetheless. The man from the bus and I did not plan a life together, but over two decades a life formed around us: a community, a daily rhythm, a home, and an understanding.

At night, I secretly drafted an email cancelling the whole event.

Then, this past spring, pulled by a growing awareness of the limits of time, the man from the bus had a desire to name what we’d created. He wanted to get married. I agreed, but immediately I knew it was a mistake. Our relationship was doomed. One of the things that had worked so well was that we were good at pointing out the elephants in the room, acknowledging the awkward and messy truths around us and in us. My 40-year-old self knew what my ten-year-old self had figured out: I couldn’t pretend a forever I didn’t believe in.

Still, unsure how to stop the momentum once we’d set a date, I forged ahead. During the day, I worked out the details of how to take 200 people down a steep and windy road to a rocky beach with no address. At night, I secretly drafted an email cancelling the whole event. To soothe my dread of the separation I knew the wedding foretold, I stayed up late each evening refining the cancellation email, keeping the tone ever more breezy and cheerful.

My father came by to talk to us about the ceremony, which he had agreed to officiate. “Am I still not allowed to use the word ‘marriage’?” he asked. The man from the bus and I looked at each other. You can use it once, we conceded. At the end.

“At least promise you won’t use the words ‘husband’ and ‘wife,’” I said. “I hate those words.” We made a few more rules: No promises we couldn’t keep. No pretending that the world wasn’t full of dirt and mess and shards of glass. No promises period. After a few hours, having crossed out almost all of his initial speech, my father went home to try again. 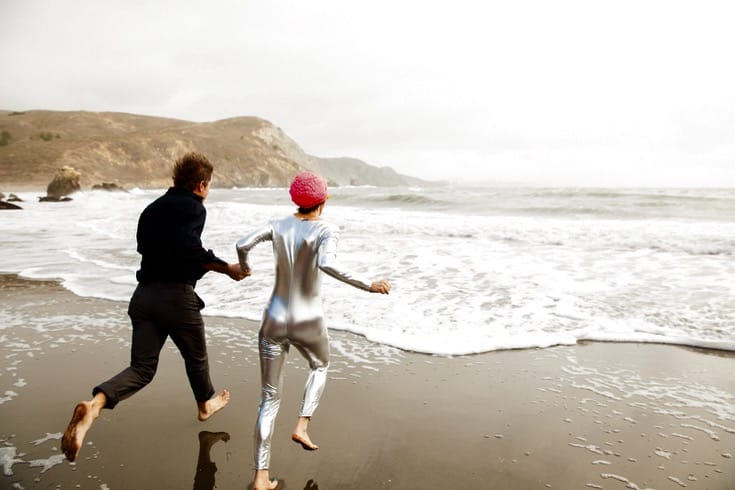 The night before the wedding, a huge storm hit our tiny spot on the Pacific Ocean. Perhaps, I thought, we could cancel the wedding after all. The waves turned into a white and frothy soup, the rain drove straight into the windows, and the wind pushed hard against the thin wooden walls of our cabin. The man and I tossed and turned and curled into each other for warmth, safety, and a semblance of sleep.

When morning came, the sky was gray and almost clear. The rain had faded to the softest of drizzles. The cancellation email stayed at the top of my drafts folder, unsent. I felt the warmth of the man next to me and smiled. Sometime during the storm, my fear had washed away. I’d thought if I clung to nonattachment hard enough, I could avoid the hurt that was coming when things changed and people left. But there was no protection against that hurt except knowing I’d loved as proudly and bravely as I could.

We were celebrating not a commitment to forever but the certainty of impermanence.

The man from the bus and I walked slowly down the path to the beach, proceeded by our four sets of divorced parents, their partners, our siblings, our stepsiblings, and our children. A huge handmade-painted cardboard elephant, carried by good friends, lumbered down the steep and still slippery path. We had committed, after all, to acknowledging all the elephants in the room.

Standing in front of family, friends, and the ocean, I found I had not even the last vestiges of fear, only a sense of awe. We were celebrating not a commitment to forever but the certainty of impermanence. As sure as we were standing there together today, one day we would be separated—if not in this lifetime then at the end of it. How glad I was that I didn’t pass up this chance to honor the 20 years’ worth of days we’d had so far.

We turned to each other. We didn’t say anything we didn’t believe or make any promises we couldn’t keep. We just stood, breathing in and breathing out, aware that in this one moment we were completely surrounded by love. And then, hand in hand, we ran from the crowd and jumped into the freezing and still wild Pacific Ocean. As a large wave crested over us, we dove under, hands clasped. Dripping, laughing, we came out shivering. Our daughters gathered us in warm blankets, and we four stood—arms wrapped tightly around each other—and looked out at the sea, as wave after wave crashed down to the shore, a new wave already forming in the last one’s wake.

Rachel Neumann is a literary agent and the director of strategy at Idea Architects. She’s the author of Not Quite Nirvana: A Skeptic’s Journey to Mindfulness.