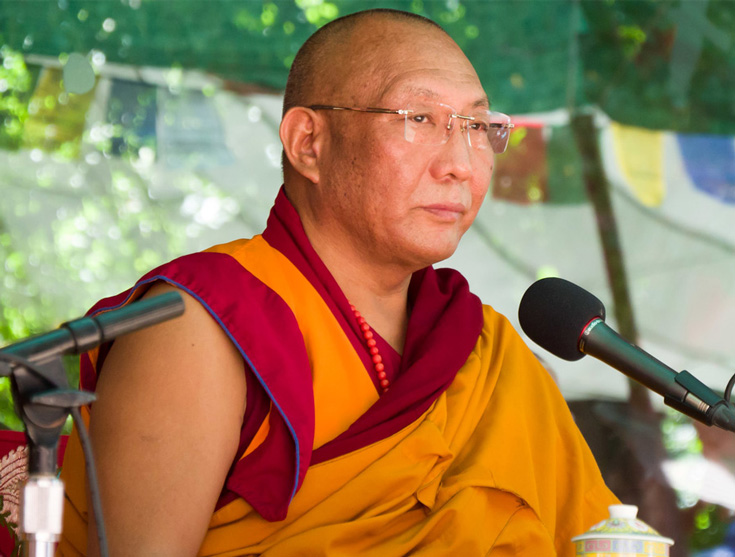 Tibetan Buddhist teacher Dagri Rinpoche has been declared to have “committed sexual misconduct, which also qualifies as spiritual abuse given his position as a spiritual teacher,” according to a new statement by the Foundation for the Preservation of the Mahayana Tradition (FPMT), an organization “devoted to preserving and spreading Mahayana Buddhism worldwide,” founded by Lama Thubten Yeshe and Lama Thubten Zopa Rinpoche.

Dagri Rinpoche, a teacher in the Gelugpa tradition, had long played an important role in the FPMT, but is now permanently disallowed from giving dharma teachings in FPMT centers.

After Dagri Rinpoche was arrested in India on charges of sexual harassment last May, he was suspended from teaching, pending police investigation results. Further allegations then surface, including an incident in 2008 that was allegedly reported to the FPMT a decade ago. This was followed by a request by a number of prominent nuns for a third-party investigation.

In October 2019, FPMT tapped FaithTrust Institute (“a multifaith, multicultural education, training and investigative organization that has assisted Buddhist, Christian, Jewish and Muslim organizations to skillfully respond to claims that healthy boundaries between leaders and their spiritual communities have been breached”) to conduct a review, which has now concluded. On Friday, November 13, the FPMT released an update on its website. The statement reads, in part:

The allegations against Dagri Rinpoche investigated date back to 2008. …They include complaints from women of groping, sexual harassment and sexual assault, both within FPMT centers and elsewhere. Some women reported they were assaulted for years. Some were ordained nuns.

…We have unanimously determined that the temporary suspension of Dagri Rinpoche from the list of registered FPMT teachers (from which FPMT centers can choose to invite to provide Dharma teachings) is now permanent. That suspension, and now permanent removal from the list, means that FPMT centers, projects, and services, cannot invite Dagri Rinpoche to give Dharma teachings at the center.