Dharma Bum Temple offers training wheels to new Buddhists and shows them where to go next when they’re ready. 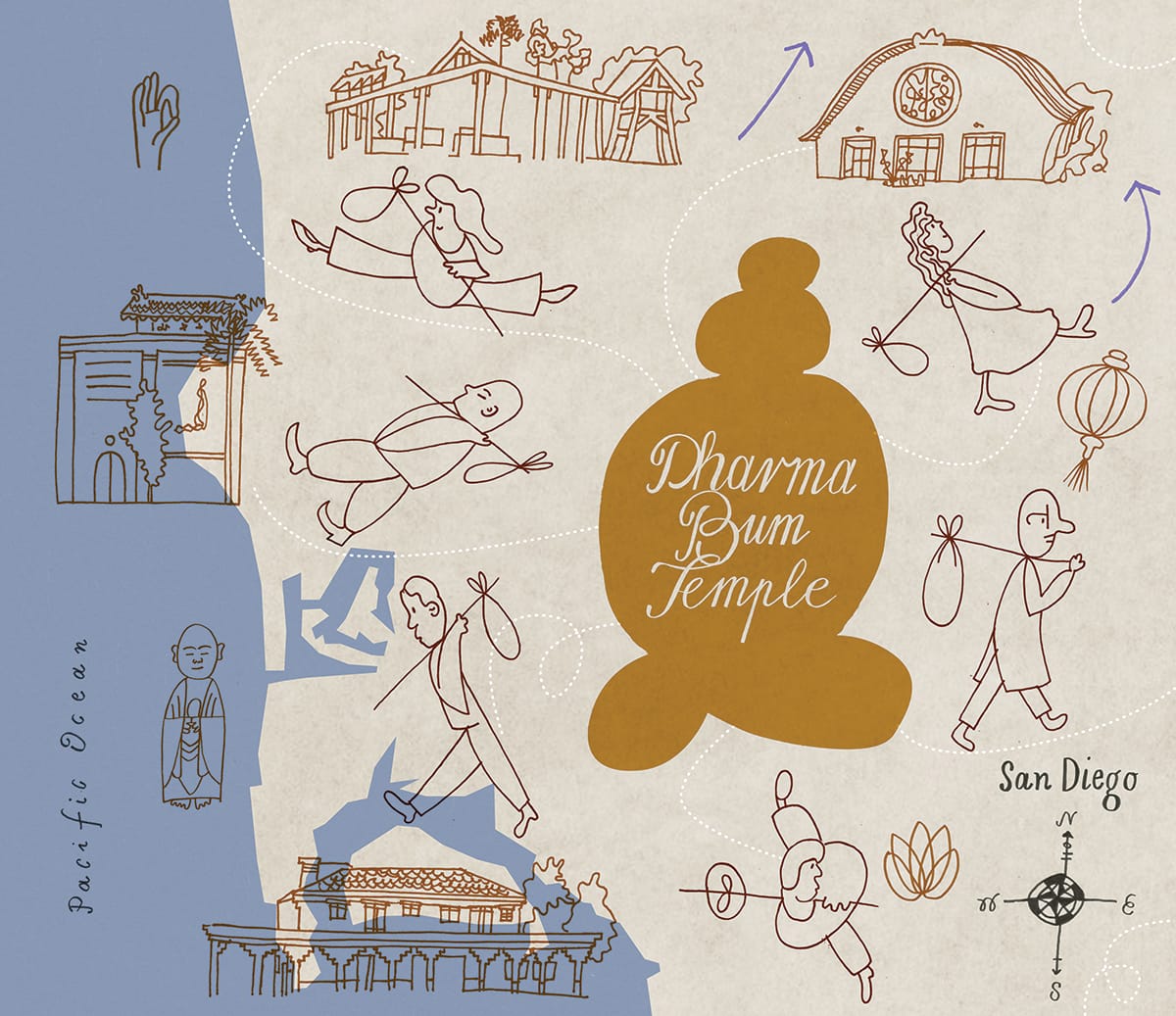 How many newcomers enter Buddhist centers feeling hopeful and optimistic, only to eventually leave feeling somehow unsatisfied? Maybe they attend one class and decide Buddhism isn’t for them. Or maybe they walk away after spending years in a center that never felt quite right. Lay teacher Jeff Zlotnik calls it “the revolving door of Buddhism.” Wanting to make beginners more comfortable, he asked himself how to make the dharma as accessible as possible. His answer to that question is an idea that might be one of a kind: an ecumenical dharma center that focuses on basic universal teachings in order to serve as a gate into the vast and diverse world of Buddhism. Upholding that philosophy, Zlotnik’s center, Dharma Bum Temple in San Diego, welcomes new students, teaches them the dharma, and, if and when they’re ready, sends them to another center where they can go deeper.

To introduce students to other traditions, Dharma Bum invites guest teachers to give talks every month and encourages students to visit other communities. In the summer, the temple holds an eight-week intensive during which the students go on field trips to centers around San Diego. When Zlotnik thinks a particular student might be ready for a more committed practice, he strikes up a conversation about where they might go next. “If they’re interested in Zen, we send them to San Diego Zen Center. If they’re interested in Thai Forest Tradition, we send them to Metta Forest.”

Michael, a nineteen-year-old college student, came to Dharma Bum to learn about Buddhism and developed a serious interest. Eventually, Zlotnik referred him to Zen Center San Diego. “He started going there once a week, twice a week. He eventually became a member. I haven’t seen the guy in probably three years.” But this, for Zlotnik, is a success—Michael continues to support Dharma Bum, he says, simply “by practicing what he learned.”

At Dharma Bum, it’s about making students comfortable with the basic ideas; from there, there are 84,000 paths. Zlotnik insists, “We don’t want your money. We don’t want members. We just want you to genuinely learn the teachings.” And local opportunities abound. “We have such a plethora of Buddhist places in San Diego,” says Zlotnik. “We can be a bridge.”

Dharma Bum, he says, offers training wheels. “When they’re ready, we tell them where to get the real bike.”