Dokusan as defined by Joan Sutherland, a teacher in the Zen koan tradition. 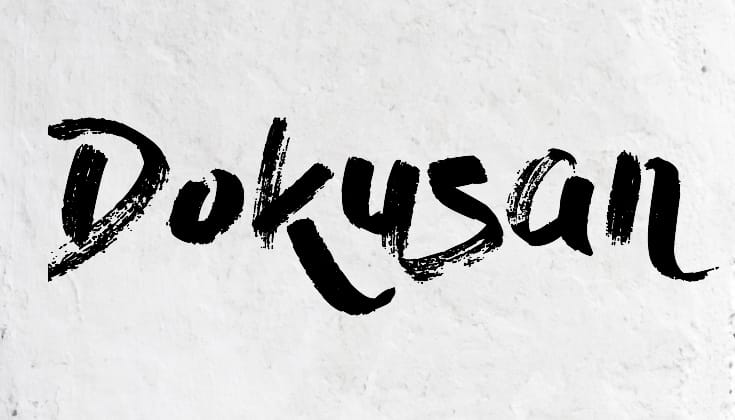 Before dawn, people sit together in the charged stillness of a Zen meditation hall. From a nearby room, the teacher’s hand bell rings. Another bell responds, and the bells talk back and forth. When they fall silent, the bell-ringer calls, “Work in the room!” and one of the meditators immediately rises and sets off for the teacher’s room. Another round of the encounters at the heart of Zen is underway.

In Japanese this is called dokusan, which means going alone to the teacher, and sanzen, going to Zen. As English-speakers, some of us use “work in the room,” another traditional term for these private meetings that are always part of a Zen retreat and that may also happen between retreats. Sanzen styles have varied from school to school and teacher to teacher; the common element is an encounter that goes beyond what’s conceivable. The style described here is one evolving in the West, and because a meeting is by its nature a collaboration, I asked some longtime Zen students for their perspective on the matter and have included their thoughts and some of their words here.

Zen meetings have the simplest of forms: two people sitting on the floor, face inches from face, in a candlelit room. And yet that small room is a large field, containing the stars and the earthworms and poems and cities. In the vastness, the Chinese teacher Linji said, the true person has no rank; everyone and everything is perfectly equal, and completely themselves. Here we don’t even have stories about what meetings are for. The world of how you think it ought to be and whether you’re making a good impression is a ghost world; work in the room is sitting together in the real, where anything might be possible. Authority lies in the timeless moment itself: What is most real, most true, right here and right now?

The teacher invites the meditator into this field, and the meditator’s response is where the encounter begins. Every meeting is different—laughter, tears, sitting together in silence, banging about the room, songs sung and koans explored. Most often there is the deepest kind of conversation. I notice in myself that the feeling that arises naturally from this field is love.

Sometimes nothing needs to be done; everything is just as it is. Sometimes a question arises, though often the question you thought you had, right until you sat down, isn’t it anymore. Or a delusion appears, which is a place you think your practice won’t help or doesn’t belong. To a delusion the two people might apply the ancient, miraculous solvent of inquiry. “One question makes it all fresh and limitless again,” a meditator says. Sorrow, great joy and the worst news are all welcome. “Dokusan is where I first was able to meet the darkness of life and know for sure that this was part of me and everyone,” another says. Whatever happens, the teacher’s job is to rely on the vastness in a way that helps the meditator to come to rely on it, too.

When the teacher tests, it’s because it might be helpful to discover where things are bright and where things are cloudy, and to work with that. If both people care more about exploring and discovering than being right, finding a limit or a difficulty is interesting, and making mistakes can be helpful. “The conversation is much richer when I don’t shy away from my own folly,” someone says. The teacher takes the meditator’s awakening seriously, even at times when the meditator can’t. “It feels like the teacher recognizes something very old and dear in me, and I’m reminded of my true nature,” says another. This is a very Zen understanding of encouragement; sometimes it comes as a warm rain, sometimes as a sword.

A new teacher asked a veteran, “What do you think teaching is?”

“What’s the other fifty percent?”

Intimate encounter is so central in Zen practice and literature because of the insight that awakening happens in relationship. In the old stories, someone might speak a turning word to you, or you suddenly see peach blossoms on a mountain path, or you’re living intensely with a koan. The other becomes vividly real and reminds you of who you really are. It’s the same in our lives now, though just as likely to arise with a commercial on the radio or in loving a child. What calls is also without rank; what matters is that it does call, and that you respond. This is another important understanding: All of life is the field of practice, and nothing needs to be left out.

Work in the room is a call and response; it’s about joining in, speaking up, finding your place in the vivid world. This is sacred play, and it can be taken into every moment of life. As one person put it, “The Room goes along with me, pops up to remind me that I do this work everywhere—and have allies everywhere.” Work in the room becomes play in the universe.

Joan Sutherland, Roshi, is a founder of the Pacific Zen School (a contemporary koan school), as well as the founding teacher of The Open Source, a network that includes sanghas in Colorado, Arizona, and the Bay Area. Now retired from working directly with students, her teachings continue through Cloud Dragon, an online source for her writings and talks. She is the author of Vimalakirti & the Awakened Heart and Acequias and Gates: Miscellaneous Writings on Miscellaneous Koans.