Roshi as defined by Michael Wenger, a Sōtō Zen priest. 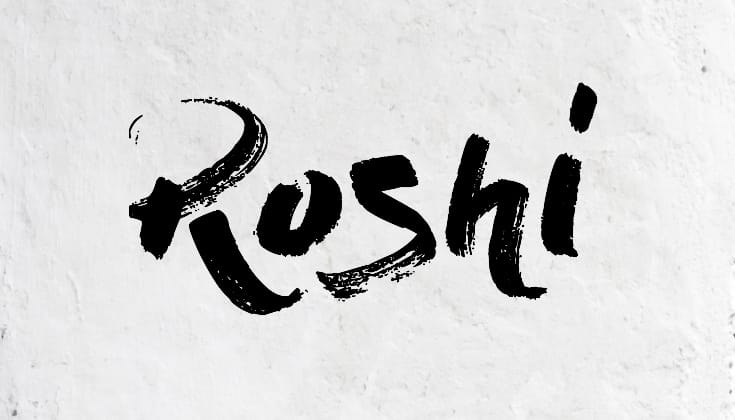 Roshi may be translated literally as “venerable old one” and is the Japanese pronunciation of the Chinese characters for laoshi (teacher). As such it is a general term not limited to Zen or Buddhism.

In Japan, the Rinzai and Soto schools use the term roshi differently, and it is used somewhat differently again in the West. In the Rinzai school it is a term of respect for someone who has completed the koan study, received Inka (seal of approval) and is abbot of a training monastery. The term has a very specific definition and applies only to a small number of people in Japan—perhaps fifty to eighty. The formal title is shike in Rinzai Zen. In regular usage one may be called rodaishi (old great teacher) or so-and-so Roshi.

In Soto Zen, roshi is a term of respect that you might use when addressing or speaking about a teacher, an abbot of a temple or a priest very senior to you. At Eiheiji, one of the two head Soto temples in Japan, there may be as many as forty senior priests who might be called roshi. The same practitioner might also be called sensei with no disrespect. Sensei simply means teacher and is used to refer to or address anyone doing the function of teaching—from a kindergarten teacher to a Zen master.

Roshi in both the Rinzai and Soto schools is a term of high respect but not exactly a title. No one in Japan would call themselves roshi. If you put out a book, it would not have the word “roshi” on the cover.

Rinzai Zen came first to the West, so a roshi was understood as someone who was a Zen master with certain credentials. With the introduction of Soto, the emphasis on personal relationship was grafted on, making a complex term that merged the official and legal with the personal and affectionate. To complicate matters further, the Diamond Sangha, the Los Angeles Zen Center and the Rochester Zen Center lineages have combined elements of both modern-day Soto and Rinzai Zen. It’s no wonder there is ambiguity and diversity in the usage of roshi in the West.

Different sanghas not only apply the term roshi to people of varying status, they also differ in where they place it in relation to a teacher’s surname. Some use Roshi Smith, others use Smith Roshi, still other use Smith-roshi. The San Francisco Zen Center used the third style for a long time, but it now uses the second style.

The term roshi was originally adopted by the Zen Center in 1966 at the suggestion of Alan Watts. Influenced by his understanding of Rinzai Zen, Watts wrote a letter saying that Shunryu Suzuki should not be addressed as “Reverend” but rather as “Roshi,” by which he meant Zen Master. Watts suggested that all other teachers at Zen Center be called “Sensei.” Upon his return from Japan, Reverend Suzuki asked why the students were all of a sudden calling him Roshi. When he was told of Alan Watts’ letter, he laughed for a long time. He then talked with his senior students about being called Roshi and protested its use, but acquiesced after speaking with Dainin Katagiri, who had come from Japan to help him with his teaching.

Shunryu Suzuki may have laughed at being suddenly kicked upstairs as old and venerable. In any case, because he had practiced and matured for over forty years and his senior students barely had practiced seven, this large distinction between them was not a problem. However, problems later arose when the practice differences were not as great between abbot and students and the term roshi was used by the abbot alone, both as a term of power and affection. In fact, when the Zen Center community went through a period of crisis in the mid 1980’s, the term roshi fell out of favor, holding connotations of czar or emperor, rather than old teacher.

Finding the balance in a particular culture between hierarchy and equality is tricky. This is why Buddhism takes a different form in each country where it is introduced. Today within the San Francisco Zen Center community, the term is slowly being reintroduced with a more Soto feeling of general respect, but with some criteria attached. Other communities have adapted the term’s meaning to a Soto or Rinzai definition as they see fit.

Every religion has ways of recognizing and addressing its leaders, but what they mean in a particular psychological, sociological and religious context changes over time. In the West, the difficulty with the term roshi stems from its use both as a general appellation with certain criteria attached, and as an expression of personal feeling about one’s teacher.

Perhaps on the fiftieth anniversary of Buddhadharma, the use of the term roshi in the West will be revisited, and at that time the heartfelt gratitude we all feel for the exemplars of our practice will flow unhindered, and a rose by any other name will smell as sweet.

Michael Wenger is the Dean of Buddhist Studies at the San Francisco Zen Center.