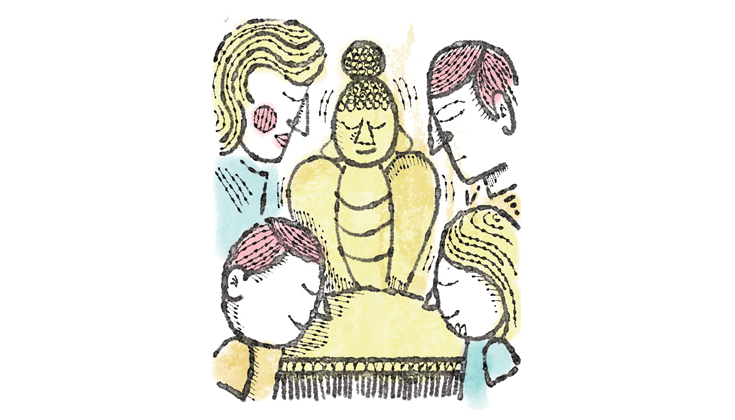 In traditional Buddhist societies, Buddhism is integrated into the entire culture—its ceremonies, art, symbols, values, and structure, so it is natural for parents to raise their children as Buddhists.

It’s different for so-called convert Buddhists in the West. Generally, they were attracted to Buddhism as an individual spiritual path, not as a culture. Now in its third generation, Western Buddhism is only beginning to develop the kind of Buddhist culture that encompasses children and families. An example is Children’s Day, created by the late Chögyam Trungpa Rinpoche as a Buddhist alternative to Christmas for children in the Shambhala community.

For convert Buddhist parents, it’s very much an individual decision whether to bring up their children formally as Buddhists. Many leave it up to their children to decide when they’re old enough whether to follow their parents’ path. Some may teach their children meditation or ask them to participate in small ceremonies at home or in their community. But all parents hope to pass along to their children, whatever path they eventually take, the values of love, compassion, and wisdom that are at the heart of Buddhism.