I’ve heard that Buddhists don’t proselytize, but I’ve had some conversations with Buddhists who are trying to convince me their view is right. Do Buddhists try to convert people like other religions do? 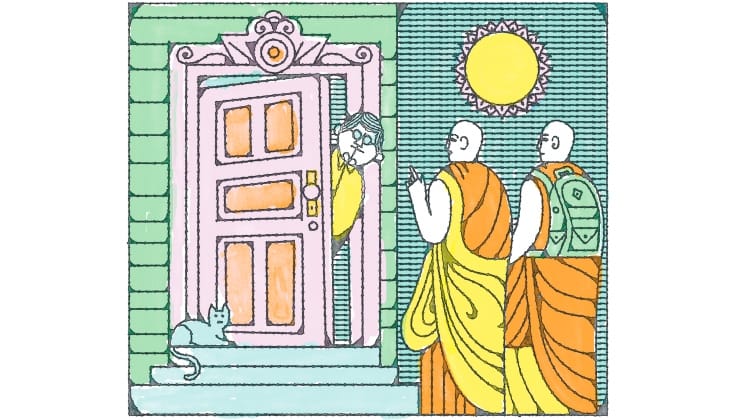 Buddhists vow to be kind and do no harm. Forcefully trying to persuade someone to take up a spiritual path or identity is, on the face of it, unkind. Proselytizing is often motivated not by a desire to relieve someone’s suffering, but to get them to join the club you identify with—to make you feel more secure in your choice. That’s how proselytizing gets its bad name.

That said, when the practice of meditation puts you in touch with a greater sense of well-being and a lessening of suffering, you may be motivated to share that with others. That’s why many Buddhists also take a vow to put others before themselves and do whatever is necessary to alleviate their suffering, including introducing them to Buddhist teachings and practices. That’s called giving the gift of dharma. One tries to do it skillfully, always keeping the needs of others paramount and trusting in their intelligence, but travelers on the Buddhist path are not perfect, so a clumsy act of trying to share the dharma could come off as proselytizing.