Sara Lewis reviews Buddhism beyond Gender: Liberation from Attachment to Identity by Rita Gross. From the Spring 2018 issue of Buddahdharma: The Practitioner’s Quarterly. 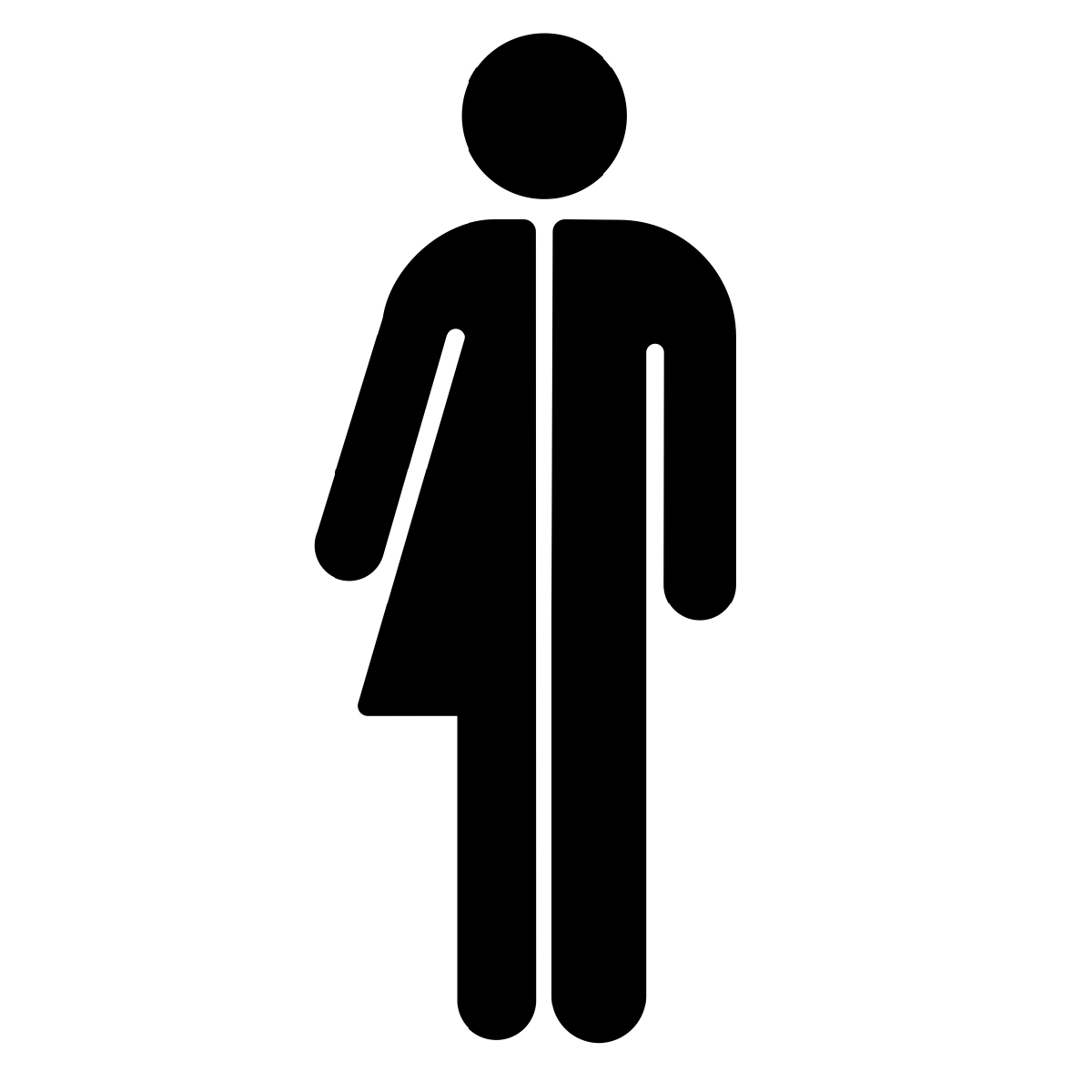 In terma (treasure) traditions, texts appear in the world, mysteriously, at the precise moment when they will have the greatest benefit. Rita Gross’s posthumously published book, Buddhism beyond Gender—set to be released by Shambhala Publications at a time when clarity around gender is needed more than ever—may be just such a treasure. The past year has been a time of enormous energy around examining sexism, patriarchy, abuse, and misogyny within Buddhist communities, as numerous women have come forward to publicly speak out about sexual abuse by Buddhist teachers. While these revelations have sparked confusion and disillusionment, one major current of anger stems from wondering why it has taken so long to acknowledge the insidious and unacknowledged treatment of women in our sanghas. Paralleling these revelations is the #metoo campaign, a grassroots movement of women speaking truth to the ways that sexual harassment, abuse, and systemic misogyny are utterly pervasive and ubiquitous.

Buddhism Beyond Gender is provocative, just as Gross herself was, and sure to inspire robust debate. An early pioneer of feminist scholarship, Gross navigated hostile terrain as a graduate student at the University of Chicago in the 1970s, where she was shunned by “serious scholars” for writing her dissertation on women’s studies in religion. Her life’s work was subsequently dedicated to articulating two major arguments: 1) that feminism should be defined as a commitment to freedom from the prison of gender roles; and 2) that Buddhism, as a religion, denies core teachings of the Buddha that posit equality of the sexes, thus requiring a feminist reconstruction. Her book, Buddhism After Patriarchy, published in 1993, sharply reveals the entrenched misogyny within Buddhist communities across the globe with bold calls to reclaim a truly awakened stance. She famously likened combining feminism with Buddhism to pouring “water into water” and argued that any true Buddhist should necessarily be a feminist.

Yet Gross did not fit neatly into any of the circles in which she frequented, simultaneously inspiring and challenging what was expected of a religion scholar, a teacher, a student, and a feminist. An early student of Chögyam Trungpa Rinpoche, Gross could ultimately not stomach the sexism she encountered in the early days of Shambhala, prompting her to seek a female guru–student relationship. She found this in Jetsun Khandro Rinpoche, a rare female lineage holder of the Mindroling school. Gross, who was authorized as a lopen (senior teacher) in 2005, longed to realize what she termed “androgynous Buddhism,” in which men and women would form a Buddhist community committed to freeing themselves from the prison of gender roles.

Buddhism beyond Gender articulates Gross’s objectives as a Buddhist teacher and also more sharply and directly issues a call that will be controversial, particularly among feminists coming of age in this generation, to realize that clinging to gender identity subverts enlightenment. On the very first page of the book, Gross anticipates the critiques she knows will be awaiting her in the wings. She tackles her would-be interlocutors, instructing them that the “operative word is ‘clinging’ not ‘gender.’” She evokes the words of Zen master Dogen that “to study the buddha way is to study the self, and that to study the self is to forget the self.” Gender, as a deeply entrenched aspect of identity (and erroneously assumed to be wholly natural and conflated with biological sex) then becomes a logical frame to understand how we cling to ego.

Herein lies the problem. When students encounter this line of thinking, they woefully misunderstand it to mean that we should forget about gender. Indeed, the book is filled with examples of men and some women teachers lamenting students’ obsession with gender—an empty category—and exhorting them to “get over it, already.” This is not what Gross advocates. Rather, she argues that understanding shunyata and teachings on anatta (no self doctrine) can be done only through our lived reality. With the undeniable imbalance of harm based on gender across the globe, we are faced with understanding a phenomenon that is deeply real, yet still illusory. That investigation, Gross argues, is the path of dharma.

As in past writings, Gross remains committed to persuading practitioners that feminism is compatible with the dharma. In a chapter titled “Indigenous Buddhist Feminism,” Gross offers evidence that feminism is not a Western construct but indigenous to early Buddhist traditions in Asia. She argues that male scholars interpret certain texts and biographical elements of the historical Buddha’s life in ways that obscure the status of women disciples, citing, for example, scholarly works that show how male commentaries on the Mulasarvastivada Vinaya diminish the arhatship and parinirvana of Yasodhara, the wife of Siddartha Guatama, for political reasons related to bhiksuni ordination. Gross points out that in the Khuddaka Nikaya, in which we learn about Mahaprajapati, the first nun—and the Buddha’s aunt and foster mother—the Buddha declares that it is a false view to think that women cannot attain enlightenment. Despite this strong historical case for equality, sociocultural inequities persist, such as the most senior nuns sitting behind even the most junior monks at religious teachings. Lineage holders continue to be nearly exclusively male, and the monastic education of nuns is inferior to monks in many respects. In some corners, conditions are improving—for example, His Holiness the Dalai Lama has recently insisted that nuns be allowed to sit for the Geshe degree. Gross uses these examples to show how cultural forms of sexism in Buddhism are not in accordance with core Buddhist tenets. 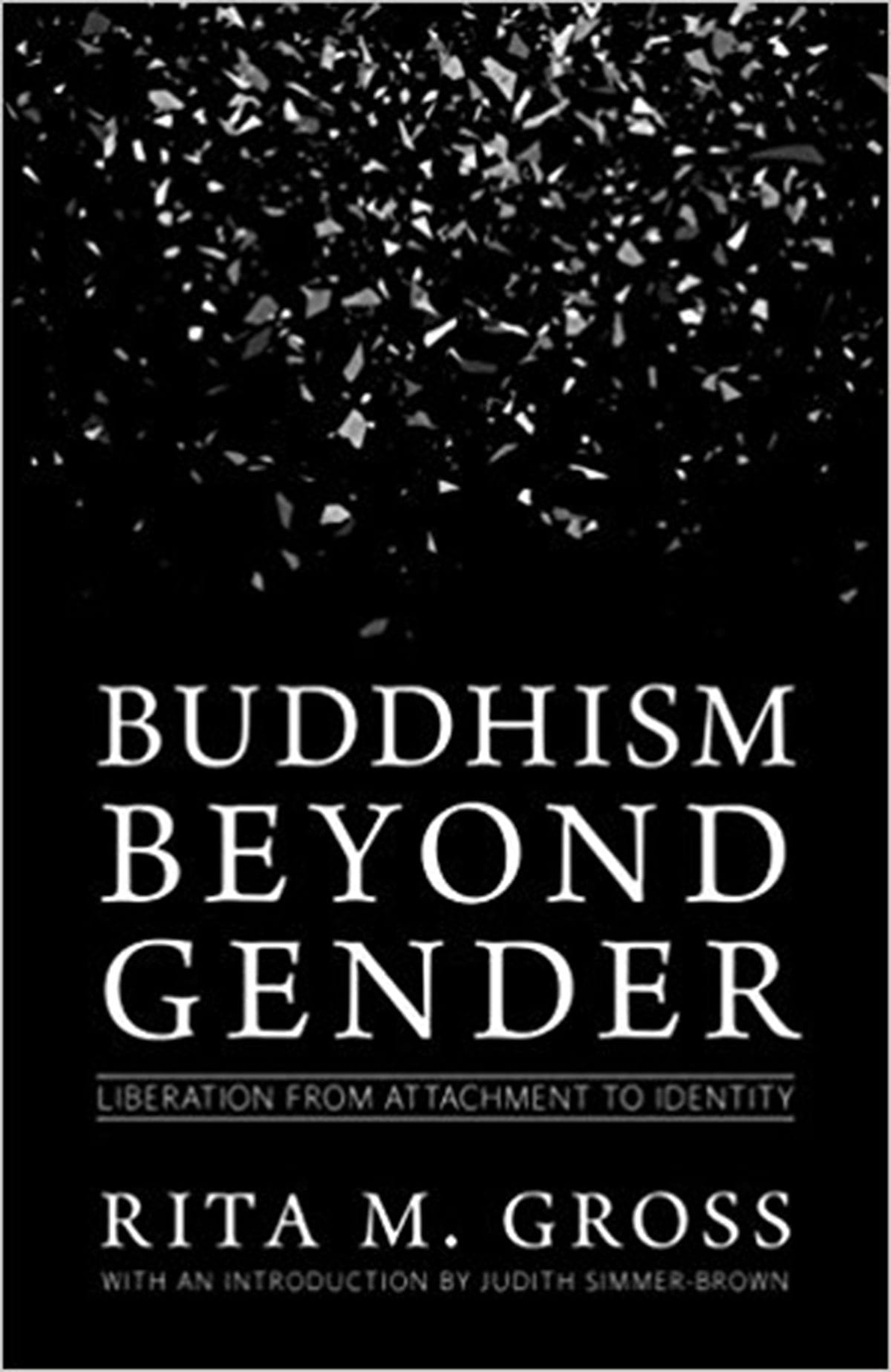 In my own research as a scholar of Tibetan Buddhism, I have investigated a term for women, “kye men,” which means low rebirth. Though not used much by younger generations, the term refers to the idea that being born female is the result of low merit. Nearly every Tibetan I have interviewed (men, women, younger people, older people, monastics, laypeople) say the same thing: men and women are equal, but if they are born into life circumstances that cause them to face discrimination and hardship, this is clearly the result of karma. There is a certain pragmatism here that feels incompatible with a Western sense of justice. And yet this line of thinking compels a more intersectional way of understanding inequity. As one lama recently told me when I interviewed him about death and rebirth: “You have to look at the specificity of a person’s situation to determine how much their gender burdens them in rebirth.”

Social and political theorist Alexis Shotwell, in an essay titled “‘Like Water into Water,’ If Buddhism, Then Feminism, But What Sort of Feminism?” argues that Gross’s foundational ideas should be pushed further through an “intersectional” scope. Intersectional feminism asserts that gender is just one part of a complex matrix of related identities including, race, class, ability, age, and sexuality. Gross, like other scholars of her generation, continued to write about gender as a binary system of men and women rather than as a fluid construct that includes people who are genderqueer, though Shambhala Publications notes that before Gross’s death she had place-marked a section in the manuscript where she intended to write a chapter on “transgender issues.” This may inspire her students to write further on this topic, which is critical to our age.

As Judith Simmer-Brown suggests in the introduction to Buddhism beyond Gender, readers are often left wanting more specificity as to why clinging to gender roles subverts enlightenment and, more important, how a practitioner can work with it. Another section Gross intended to write before her death was on Madhyamaka logic. The Madyamaka school of Buddhism, known as the “Middle Way,” arose in response to the Yogacara, or mind-only school, which posited that reality is merely an illusory projection of mind. The Middle Way argues that the self and phenomena do exist, just not in the way we think. It uses highly sophisticated logic to teach how relative and absolute truths fit together in terms of dependent origination. The philosophy of Madhyamaka is complex, but many students have observed its striking similarity to postmodern writings on gender and power. If Gross’s students were to continue her writing in this area, it would likely be of great benefit.

Throughout the book, Gross scoffs at the notion of “women’s enlightenment,” asking, “Which is it going to be? Clinging to gender identity (or any other identity) or attaining enlightenment?” Whereas realized practitioners would, by definition, see the self and its myriad identities as empty, there are some Buddhist masters who have vowed to attain enlightenment as women. Jetsunma Tenzin Palmo, who is known for spending twelve years in a cave retreat, comes to mind. Should we see such a vow as clinging to gender identity or as bodhisattva activity? Could such a vow be a kind of skillful means meant to inspire women practitioners rather than the harmful ego clinging that Gross believes only hinders realization?

In accordance with Gross’s aim, which was to write for Western Buddhists, Buddhism beyond Gender may serve to further inform the evolution of engaged Buddhism. In one of her most important points in this regard, Gross notes that a core aspect of systemic misogyny comes from cisgendered men not regarding themselves as gendered. This is not because they have stopped clinging to gender identity but because masculinity (like whiteness) is a default, unmarked category. It is both invisible and all-pervasive. No one speaks, for example, of “male lawyers or male scientists.” While investigating gender is nearly always synonymous with “women’s issues,” much of the work that needs to be done relates to masculinity.

In this regard, we might look to dharma centers that have embarked on the deep and painful work of investigating whiteness to more deeply understand how unearned privilege bolsters some people over others. Such groups examine the ways in which fear and shame prevent white people from examining race. Similarly, Gross argues that many men are deeply unaware of how their gender identity is linked with the self merely because those in positions of power do not need to think about it. This is what is meant by privilege. In this way, investigation into the nature of gender becomes less about “supporting women” and more about fostering a critical understanding of relative and absolute truths.

Gross’s argument is that we cannot stop clinging to gender identity unless we are deeply acquainted with it. One Tibetan word for meditation is gom, “to become familiar with.” Feminist scholar Donna Haraway argues that those in subjugated positions, such as women and genderqueer individuals, often have a clearer view of reality than those blinded by privilege. What would it look like to use this piercing view of reality in practice—to understand the prison inherent in misperceiving reality? These are exactly the kinds of questions Gross wanted us to ask.

Sara Lewis brings her training as both a psychotherapist and an anthropologist of religion and medicine to Naropa University, where she teaches contemplative psychotherapy and Buddhist psychology. Her work (including her book Spacious Minds: Trauma and Resilience in Tibetan Buddhism, which will be published next year), explores “how individuals and communities cope with the vicissitudes of life — not in spite of suffering, but through it, and because of it.”