Bhante Henepola Gunaratana — affectionately known as “Bhante G.” — had a moment of coming face-to-face with death while on a flight. Here’s what he told an audience at Cittaviveka, a Buddhist monastery in the UK, about it. 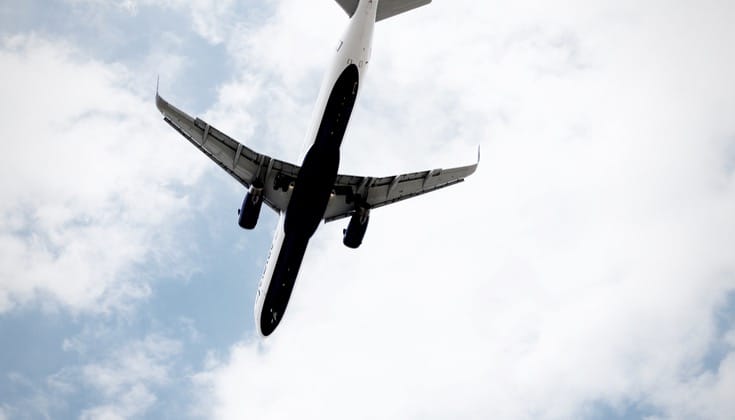 I had received word of my mother’s final illness. On the way to Sri Lanka from Washington, DC, I changed planes to a jumbo jet in Hawaii. An hour or two after taking off from Hawaii, I looked out my window and noticed flames coming from the plane’s engine.

Then the pilot’s voice came over the intercom: the engine was on fire and we were turning back.

I exhorted myself: ‘No matter how strong my attachment to life, I must let go of that attachment now.’

He told the flight attendants to give instructions on how we should exit the plane if we managed to get back to Hawaii. We were to sit quietly with our seat belts on. When we landed, floor lights would lead us to the eight emergency doors. The doors would open, and emergency chutes would come out. We were to jump on to the chutes without a moment’s hesitation, slide down and run away from the plane.

I doubt anybody understood much of these instructions. From the moment the pilot had announced that the engine was on fire, everyone in the cabin seemed to be seized with fear of death. Some started crossing themselves, couples clutched to each other and kissed, others wept or looked tense and anxious.

I thought, “If this is my time to die, well I will die anyway, whether I am afraid or not. Let me keep my mind clear.” First I recalled my intellectual understanding of what death is. I considered that death is inevitable, and that this would be a good time for me to die for I had been doing good deeds, and I had nothing to regret. Then I thought about the likely sequence of events. “If the plane falls quickly from a height of thirty-nine thousand feet we will be unconscious before the plane hits the ocean.” I do not know whether this is scientifically true, but that is what I thought at the time.

I exhorted myself: “I have to keep my mind very clear, very pure before I lose consciousness. This is the time to use my mindfulness to realize the inevitability of death. If I die peacefully with a pure, clear state of mind my future life will be bright. Perhaps I will attain a stage of enlightenment through seeing the truth of impermanence. I must not block my mind with fear or confusion. No matter how strong my attachment to life, I must let go of that attachment now.” Thus I made the effort to prevent any unwholesome state of mind arising in the face of death and encouraged wholesome states of mind to arise.

I was just too stunned to feel afraid, and felt no fear, I actually enjoyed watching the flames coming out of the engine at thirty nine thousand feet! The flames were blue and yellow and red. You seldom see such blue flames. Sometimes they were streaming out; sometimes they were low. They looked like fireworks, or the Aurora Borealis.

While I was enjoying the drama the three hundred or so other passengers from time to time saw the agony they suffered from the very thought of death. They seemed almost dead before they died! I noticed, however, that the little children did not seem affected. They kept laughing and playing as they did before the crisis. I thought, “Let me put myself in their place in a child-like mind.”

We did make it back to Hawaii and the plane made an emergency landing. We went out the emergency doors as instructed, sliding down the chutes. Going down the chute was an entirely new experience for me. Perhaps everyone else on the plane had at least gone down a playground slide in their childhood, but I had never done such a thing in the poor village where I grew up.

Right up to the end I enjoyed it all very much.

Don de Silva is a Buddhist Chaplain, environmentalist, and formerly an official of the United Nations Environment Programme (UNEP).