If I have no belief that my vision can become real, asks Margaret Wheatley, where will I find the strength to persevere? 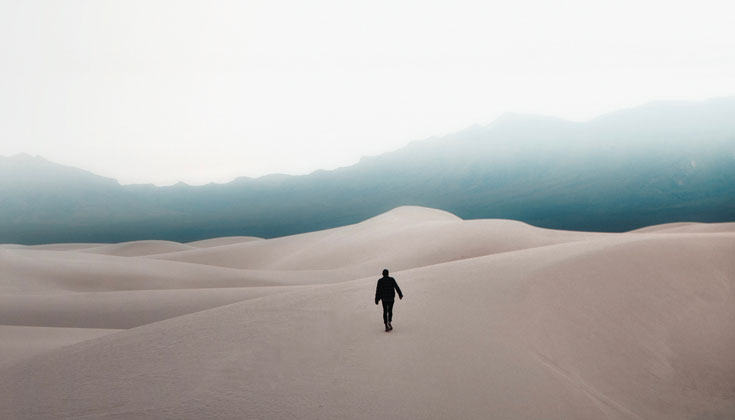 As the world grows ever darker, I’ve been forcing myself to think about hope. I watch as the world and the people near me experience increased grief and suffering, as aggression and violence move into all relationships, personal and global, and as decisions are made from insecurity and fear. How is it possible to feel hopeful, to look forward to a more positive future? The biblical psalmist wrote, “Without vision, the people perish.” Am I perishing?

I don’t ask this question calmly. I am struggling to understand how I might contribute to reversing this descent into fear and sorrow, what I might do to help restore hope to the future. In the past it was easier to believe in my own effectiveness: if I worked hard, with good colleagues and good ideas, we could make a difference. But now I doubt that. Yet without hope that my labor will produce results, how can I keep going? If I have no belief that my vision can become real, where will I find the strength to persevere?

To answer these questions, I’ve consulted some who have endured dark times. They have led me on a journey into new questions, one that has taken me from hope to hopelessness.

My journey began with a little booklet entitled, “The Web of Hope.” It lists the signs of despair and hope for Earth’s most pressing problems. Foremost among these is the ecological destruction humans have created. Yet the only thing the booklet lists as hopeful is that the earth works to create and maintain the conditions that support life. Humans will be annihilated if we don’t soon change our ways. E.O. Wilson, the well-known biologist, comments that humans are the only major species from whose destruction every other species would benefit (except pets and houseplants). The Dalai Lama has been saying the same thing in many recent teachings.

This didn’t make me feel hopeful.

But in the same booklet, I read a quote from Rudolf Bahro that did help: “When the forms of an old culture are dying, the new culture is created by a few people who are not afraid to be insecure.” Could insecurity—self-doubt—be a good trait? I find it hard to imagine how I could work for the future without feeling grounded in the belief that my actions will make a difference. But Bahro offers a new prospect—that feeling insecure, even groundless, might actually increase my ability to stay in the work. I’ve read about groundlessness—especially in Buddhism—and have experienced it quite a bit recently. I haven’t liked it at all. But as my culture dies, could I give up seeking ground on which to stand?

Vaclav Havel helped me become further attracted to insecurity and not knowing. “Hope,” he states, “is a dimension of the soul, an orientation of the spirit, an orientation of the heart. It transcends the world that is immediately experienced and is anchored somewhere beyond its horizon. It is not the conviction that something will turn out well, but the certainty that something makes sense regardless of how it turns out.”

Havel seems to be describing not hope, but hopelessness: being liberated from results, giving up outcomes, doing what feels right rather than effective. Havel helps me recall the Buddhist teaching that hopelessness is not the opposite of hope. Fear is. Hope and fear are inescapable partners. Anytime we hope for a certain outcome, and work hard to make it a happen, then we also introduce fear—fear of failing, fear of loss. Hopelessness is free of fear and thus can feel quite liberating. I’ve listened to others describe this state. Unburdened of strong emotions, they describe the miraculous appearance of clarity and energy.

Thomas Merton, the late Catholic mystic, clarified further the journey into hopelessness. In a letter to a friend, he advised: “Do not depend on the hope of results. You may have to face the fact that your work will be apparently worthless and even achieve no result at all, if not perhaps results opposite to what you expect. As you get used to this idea, you start more and more to concentrate not on the results, but on the value, the rightness, the truth of the work itself. You gradually struggle less and less for an idea and more and more for specific people. In the end, it is the reality of personal relationship that saves everything.”

I know this to be true. I’ve been working with colleagues in Zimbabwe as their country descends into violence and starvation through the actions of a mad dictator. Yet as my colleagues and I exchange emails and occasional visits, we’re learning that joy is still available, not from the circumstances, but from our relationships. As long as we’re together, as long as we feel others supporting us, we persevere.

Some of my best teachers on this have been young leaders. One in her twenties said: “How we’re going is important, not where. I want to go together and with faith.” Another young Danish woman said, “I feel like we’re holding hands as we walk into a deep, dark woods.” A Zimbabwean, in her darkest moment, wrote: “In my grief I saw myself being held, all of us holding one another in this incredible web of loving-kindness. Grief and love in the same place. I felt as if my heart would burst with holding it all.”

Thomas Merton was right: we are consoled and strengthened by being hopeless together. We don’t need specific outcomes. We need each other.

Hopelessness has surprised me with patience. As I abandon the pursuit of effectiveness and watch my anxiety fade, patience appears. Two visionary leaders, Moses and Abraham, both carried promises given to them by their God, but they had to abandon hope that they would see these promises come to fruition in their lifetime. They led from faith, not hope, from a relationship with something beyond their comprehension. T.S. Eliot describes this better than anyone. In the Four Quartets he writes:

This is how I want to journey through this time of increasing uncertainty. Groundless, hopeless, insecure, patient, clear and together.