Here’s the latest from The Under 35 Project by Susan Yao, about the pain of attachment to unrealistic expectations. 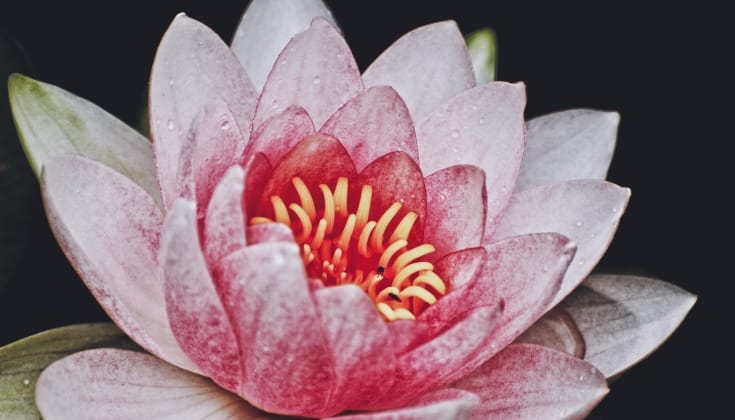 My first heartbreak happened at the tender age of 13. I had a crush on Captain Hook, aka Zach, a 13-year-old boy who had magically avoided acne. I played Indian #2, a nothing to a celebrity like Zach. (Don’t get me started on the racial politics of Peter Pan.) One day, I saw him entering our local Dunkin Donuts just as I was leaving. He held the door for me, and our eyes met. Suddenly, I could hear Lenny Kravitz crooning, “I wonder if I’ll ever see you again,” in my head. I was smitten. I pined after Zach from afar during rehearsal, imaging myself as the Tiger Lily to his Captain Hook. When the play was over, I decided to announce to him that I liked him. I locked myself in my bedroom with a phone and the school directory. For the record, I had already memorized his address but not his phone number. His phone rang once. I asked for Zach, describing myself ambiguously as a “friend” (someday a girlfriend?) Unfortunately, he had absolutely no idea who I was. In retrospect, he was very polite about the whole situation, but I quickly mumbled, “Never mind,” hung up, and cried.

I remember this middle school rejection distinctly because my dreams were epically unrealistic. I somehow hoped that 1) Zach knew who the hell I was despite the fact that we had never talked to each other and 2) Zach secretly loved me back.

Ten years later, I worry that I’m still epically unrealistic when it comes to love. I was recently very interested in someone. Let’s call him Joe. We were both Buddhist. We had graduated from the same college. We were both teachers. I imagined us raising social activist, politically radical, yet humble, Buddhist babies together. We started spending hours together. Had I finally convinced some unsuspecting fellow to date me??

Nope! According to him, we were Good Friends. We would never be a Buddhist power couple together. The disappointment was crushing. I felt like I was 13 again, calling a boy who had no interest in me. (Except this time he knew my name.) I was filled with self-doubt. Was I being naive that we could successfully be in a relationship? Did I not put out the right signals that I wanted a relationship? In short, were my hopes as epically unrealistic as they had been in middle school? Then I beat myself up for feeling insecure. How could one person, whom I had known for a month, affect my emotions that much? I prided myself on being an independent woman. I had built my self-esteem slowly and painfully over the last ten years, and I refused to allow other people to threaten my sense of self-worth.

Ultimately, I realized that my pain, insecurity, and disappointment were the results of attachments to epically unrealistic expectations. I use “attachment” here in the Buddhist sense, which means a futile attempt to hold on to what is impermanent. In a short amount of time, I had latched on to certain expectations of how things were “supposed to” go. I was attached to the idea that mutual attraction inevitably leads to a relationship. (This is partly because of social conditioning–I like you, you like me, the next step is dating…right?) I was attached to the feeling of someone being attracted to me. I was attached to the possibility of dating someone. Basically, I really wanted things to go a certain way, and when they didn’t, I suffered.

Now, with Zach and Joe in mind, I try to date without any expectations. This does not mean expecting the worst, i.e. “You are probably a serial killer, so I will be happy if I leave intact.” Rather, I tell myself, “If we date, great. If we are friends, great. If you are a therapist who can help me overcome my fear of slugs, great. If we never see each other again, then I am at peace with that too. I will enjoy the present moment, whatever it brings.” If I am able to maintain that clarity, then not-dating will not feel like rejection. Not-dating is simply another possible outcome of the interaction of two people.

Let’s be real: Dating without expectations is hard. There are so many expectations and attachments that we carry with us on our dates. Conventional dating is “supposed to” be full of judgment and insecurity. “Do I look good? Am I talking too much? Am I being too blunt? Do I really want someone who can’t handle my bluntness? How can we raise children together if we’re not blunt?” Not attaching to these thoughts requires mindfulness in each moment.

Romantic expectations have been harder for me to see and let go of than any other expectations. I know that if I lose my job, I can find another job that suits me well, and I do not need to panic. If I lose money, I know I still have means to survive and people who can help me. Yet if I lose the possibility of a relationship that never even existed, I suffer. I want so badly for a relationship to work, I forget that even attraction is something to let go of.

People come into our lives for different reasons, and it’s impossible to predict what that reason will be at first glance. Non-attachment is about appreciating each moment for what it is, without wishing for things to be different. Because things aren’t different. When I was 13, I wasted time fantasizing about how things could be different with Zach. I wasn’t cast as Tiger Lily, and would never be kidnapped by Captain Hook. Instead, I should have just introduced myself. Maybe then, when I called, he would have known who the hell I was. And maybe, just maybe, he would have loved me back.

Susan Yao (she/hers) has been a middle school educator for 12 years, most recently serving as the Middle School Head at Friends Academy in Dartmouth, MA. She has practiced Buddhism for 17 years in Korean Zen and Insight traditions. She is currently exploring a Buddhist educational program for K-8 students, the Laughing Rivers School. She lives on a homestead with her family in Vermont.