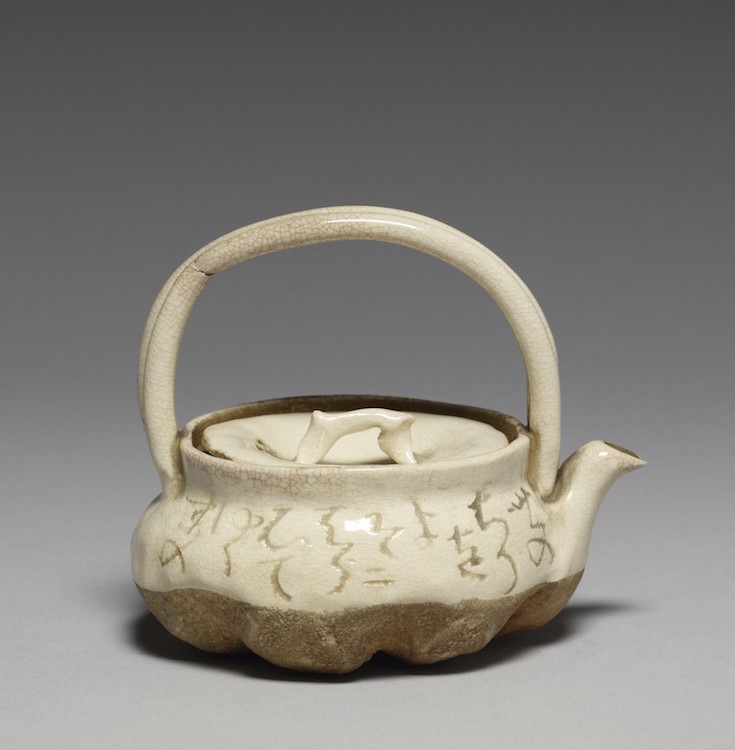 Her pottery, inscribed with her poems, has a down-to-earth appeal coupled with a sublime beauty. Her elegant calligraphy, done in the curvaceous women’s script known as hiragana—more emotionally accessible than classical Chinese characters—touches us through its simplicity. But it is Rengetsu herself, her vulnerability and ability to express her enlightenment in very human terms, that has kept people connected to her art, and her dharma, for more than one hundred and fifty years.

Rengetsu was adopted as an infant, widowed twice, and had several children who died very young. Her personal life was a relentless teaching on impermanence, and her decision to become ordained as a Buddhist nun was a heartfelt effort to make sense of this impermanent life. After she was ordained, she settled into a hermitage on the grounds of her adoptive father’s temple. However, he died nine years later, which resulted in her being evicted. Being forced to leave her hermitage after so many losses must have hit her hard. Without a place to live, and without a means of support, Rengetsu decided to make and sell pottery inscribed with her poems, as well as calligraphies and drawings on scrolls. She went on to produce more than fifty thousand pieces of art. For her, art was much more than simply a way to make a living; it offered a way to make sense of her life. Her enlightened effort became tangible. 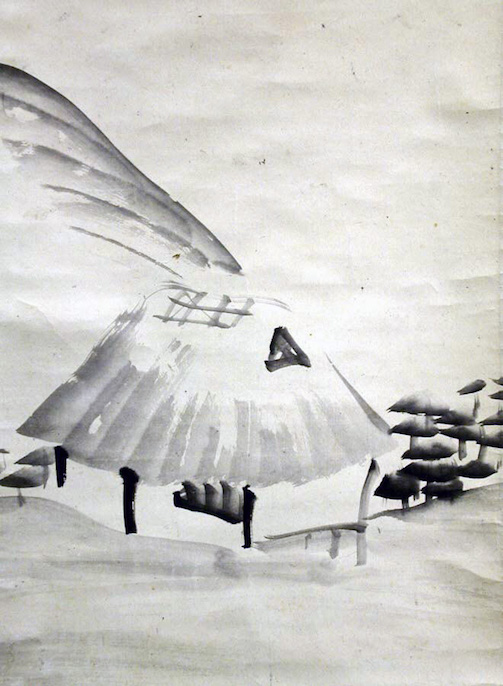 Like other female Buddhist practitioners, Rengetsu had needed to support herself, and this led her to offer the dharma through hands-on encounter rather than through books or lectures. Similarly, Zen tea ladies have offered their teachings while serving tea and cakes. Those who encountered Rengetsu’s work could hold and touch her enlightened mind and ponder her poems while doing something as ordinary as sipping tea. What are now precious pieces of art were once just kitchen teacups. Imagine a tired woman in her kitchen holding a cup, sipping tea, and reading this poem inscribed by Rengetsu:

From dawn to dusk
Spending the day
Gathering clay:
Surely the Buddha would not
Think this a trifling matter.

Ordinary work life is uplifted. Whatever your position, your life is not trifling; the buddha mind holds all effort in the steady gaze of compassion. Rengetsu’s musings did not portray an inscrutable, conquering Zen heroine; instead, they reveal a woman humbled by life’s blows as well as its beauty, a woman who exposed her longings and the steady view with which she accepted these longings.

My own first encounter with Rengetsu came just before my priest ordination, when I read her poem titled “As a Nun Gazing at the Colors of Autumn”:

Clad in black robes
I should have no attractions to
The shapes and scents of this world:
But how can I keep my vows
Gazing at today’s crimson maple leaves?

How happy I was to hear feelings and longings expressed by a Zen woman! I knew I couldn’t inhabit ordination through imitating my male teacher. But this ongoing gaze, this steady acceptance of my feelings and shortcomings, this is something I could understand and practice authentically as a female Zen priest. She did not mystify herself or her path through her poetry and art; on the contrary, her work welcomes us into her spacious view of herself—and of ourselves. It shows how she embodied Zen just as she was. For Westerners, the experience of enlightenment may seem mysterious or unreachable, but through Rengetsu’s example, we see a path illuminated by effort and inquiry breaking through self-limiting mind:

Ice in the Mountain Well

Yesterday
I shattered the ice
To draw water—
No matter, this morning
Frozen just as solid.

No matter what we have done before, each day we face ourselves. We hear Rengetsu’s calm acceptance of this condition, the persistence of neurotic patterns, and a steady commitment to keep breaking up the ice, to keep working on stuck places. We also observe how this calm, steady, and effortful practice opens up to awakening:

In a mountain field
Enthralled, so enthralled
Returning all the way home
Accompanied by the
Autumn moon.

Viewing the self with a steady meditation practice yields the freedom and joy of enlightenment. The autumn moon—the moon that rises after the sun has peaked, after the letting go of attainment—this moon follows us into our own home, into our own life. This moon will not fade for us; it makes itself at home, no matter where we live. We, too, follow this moon alongside the lovely Rengetsu.