Following the news of Beastie Boy and Tibet activist Adam “MCA” Yauch’s death, The Daily Mail quoted a spokesperson for His Holiness the Dalai Lama as saying, “Adam had helped us raise awareness of the plight of the Tibetan people by organizing various freedom Tibet concerts and he will be remembered by His Holiness and the Tibetan people.” 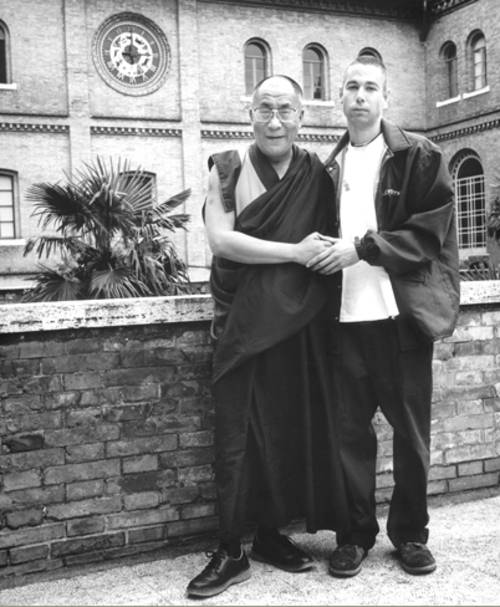 Yauch and the Beastie Boys were the organizers and driving force behind the influential Tibetan Freedom Concerts, and some of their Buddhist-inspired songs from the album Ill Communication appear in Gary Gach’s anthology What Book?!: Buddha Poems from Beat to Hiphop. He also interviewed the Dalai Lama for the Beastie Boys’ short-lived Grand Royal magazine.

Yauch also headed up the film distributorship Oscilloscope Laboratories, which in 2008 put out the Buddhist-themed films Burma VJ: Reporting from a Closed Country and Unmistaken Child. Though active mostly in distribution, he was a film director as well: among other ventures, Yauch helmed the experimental Beastie Boys concert film Awesome; I F—in’ Shot That! (2006) under the pseudonym Nathanial Hörnblowér.

Yauch, who was a practicing Buddhist, is survived by his wife Dechen Wangdu, who was active in Students for a Free Tibet; daughter Tenzin Losel Yauch; and parents Frances and Noel Yauch.

Our condolences to Yauch’s friends and family, and all our fellow fans.