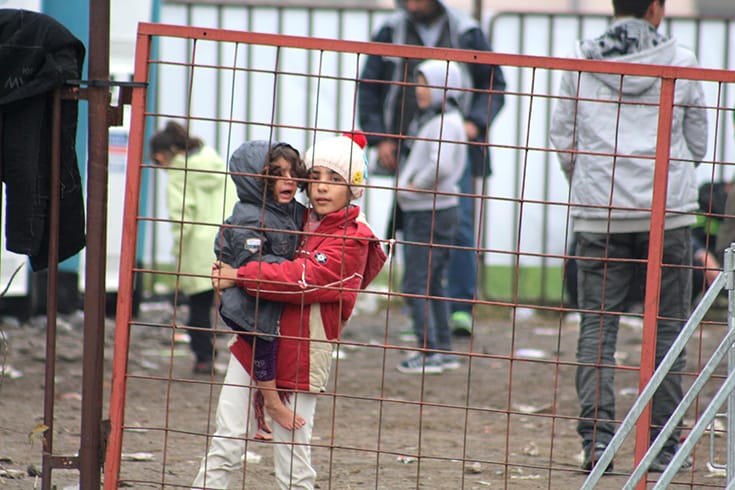 The refugee crisis: there’s lots of quibbling (and worse) going on around it. But the reality is, only action can help. Only action can begin to address the suffering. So helping out, as you’re able, is a natural choice if you’re sympathetic to Buddhist ideals. As His Holiness the Dalai Lama, addressing the refugee crisis, has said, “People feel religion is a troublemaker [but in fact] religion teaches compassion, tolerance, forgiveness and contentment.”

Many Buddhists are already pitching in, modeling for the rest of us ways we might do the same. Here are some examples that offer inspiration, as well as links for following through. We also want to know what Buddhists are doing in your community. Let us know on Facebook or Twitter, or by emailing us at [email protected].

BRG — spearheaded by the monk/scholar Bhikkhu Bodhi — ongoingly addresses global crises, and as such made a $12,000 donation this September as part of their efforts to help Syrian refugees. Their approach was to split this donation among 6 charitable causes — if you’re looking to make a donation that’s in line with Buddhist values, theirs is an excellent list of potential beneficiaries of your funds and kindness. Included are explanation of how each organization uses received funds.

“A Buddhist contribution to the European refugee crisis”

This Triratna blogpost details how that European Buddhist community not only joined a demonstration in solidarity of refugees coming to Sweden but also collected clothing for a refugee camp of some 4,000+ in France. As one lead participant recalls, “We made it easy to give. People flexed their compassion muscles.”

A statement issued at the 40th Annual General Meeting of the European Buddhist Union offers inspirational language and a clear statement of concern and responsibility for refugees, ending with an evocation of metta, or loving-kindness. It reads:

Those of us present at the 40th Annual General Meeting of the European Buddhist Union in Berlin call upon the governments and peoples of all European countries to show compassion and generosity to those displaced through war and seeking refuge in Europe, safe from violence.

As Buddhists of many traditions and countries in Europe, we hold loving kindness, compassion, generosity and fearlessness to be among the highest values in life; values we share with those of other religions and none.

Seeing our fundamental interconnectedness with all beings, we recognise the “refugees”, “migrants” and “asylum-seekers” now streaming into Europe as people like ourselves, desperately seeking relief from suffering and longing for happiness. Regardless of their ethnicity or religion, may they find open borders and a refuge in Europe.

WiseAttention.org on “The Refugee Crisis”

Author/blogger Vishpavani wrote very personally this June on the crisis. A sample: “As a Buddhist I want to overcome a selfish perspective, so I try to notice when I block out other people’s suffering or focus only on how their troubles might affect me. I notice how hard it is for me to really absorb the truth that he migrants clinging to leaky vessels in the Mediterranean, or adrift in the Indian Ocean, are enacting epic personal struggles; and the children huddling round open fires in stricken refugee camps are as real and as valuable as my own child.”

GawaLing Buddhist Centre in Kamloops, British Columbia, is helping to sponsor Syrian refugee families, and has made a call for support from the community.

Let us know what’s happening in your community: