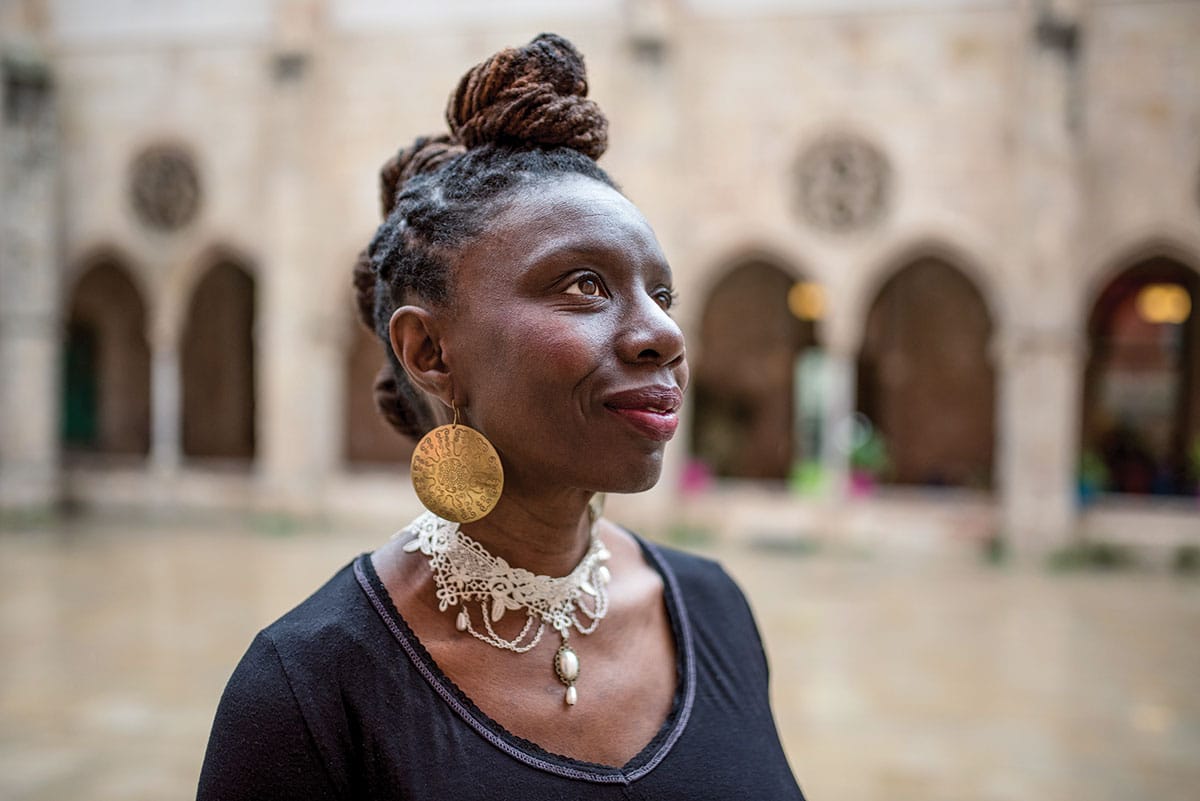 Rod Meade Sperry: You are the president of the Buddhist Recovery Network. What is the BRN’s role?

Valerie Mason-John: The BRN was started so people involved in different Buddhist-inspired recovery programs could pool ideas and work together. I think its role is to popularize Buddhist recovery so people see it as a mainstream complement— or alternative —to programs like 12-step recovery. I’m in touch with some recovery houses and they say the Buddhist-inspired approach is great. They want to know about alternatives, because not everybody wants to do 12 steps.

One of the things the Buddhist Recovery Network emphasizes is the need for more diversity in the recovery movement.

I’ve been in recovery for a long while. Many years ago, when I went along to help at meetings, I was freaked out because it was just practically all men and practically all white. It didn’t reflect me at all. I was at a recovery conference and there was only one other person there of African descent! Yet we know that the war on drugs in the United States has often been a war on Black people, a war on Hispanic people.

Even in the Buddhist recovery community, it has been dominantly male and there’s a real gap as far as women and people of color are concerned. We teach Buddhism through the lens of the Western gaze, unless you came from an Asian–American community. Buddhism was brought to the West by the Sharon Salzbergs, the Jack Kornfields, people like that. They brought it here, which was brilliant, but it’s seen through that Western gaze. But it’s not so accessible to certain people or communities.

Do you have to be Buddhist to do Buddhist recovery?

No. We’re using the teachings to help people with recovery. We do use Buddhist principles like the five precepts, which are recited at the meeting. But Buddhist recovery can be helpful to someone who’s a Christian, who’s a Hindu, who’s a Muslim.

What makes the Buddhist-based approach to recovery different from the 12-step program or other forms of recovery?

Twelve steps comes out of the Christian community and Buddhist recovery is based on the Buddhist teachings, which are all about coming out of suffering. In a way, it’s interesting we call it Buddhist recovery, because we could say that the whole path of dharma is about recovery, whether you’re an addict or not.

One colleague, actually a top psychiatrist, noted that when you look at all the books written on addiction, and at all the training, how often do people talk about kindness, about hope, about the language of the heart? Buddhist recovery has a lot to offer the recovery world.