As a gay man, I’d like to know how Buddhism views LGBTQ people. I’m not interested in joining any religion that disapproves of who I am. 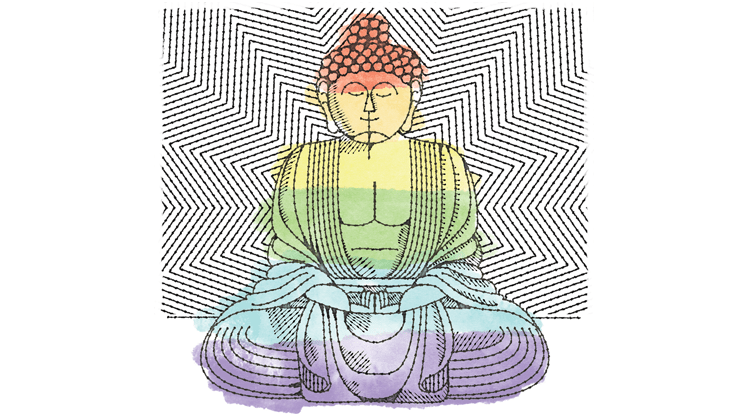 One of the (many) differences between Buddhism and other religions is how little emphasis it places on sexuality as a moral issue. While other religions place rules about sexual behavior, marriage, and sexual orientation at the center of their ethical universe, Buddhism pretty much limits its comment to the admonition not to harm others through sexuality. (That’s for lay practitioners, of course. Obviously, there are strict rules for celibate monastics.) The result is that Buddhist attitudes toward LGBTQ people are more a reflection of cultural attitudes than Buddhist philosophy per se.

While traditional Buddhist societies are more conservative, the Buddhist community in the West is generally socially liberal and very welcoming to LGBTQ members. There are prominent gay and lesbian teachers, and most major communities host events, meditations, and retreats specifically for LGBTQ practitioners. Here, on lionsroar.com, you’ll find teachings, articles, and resources for and by LGBTQ Buddhists on our LGBTQ tag.