Zen chaplain Phyllis Coletta ran her husband’s Congressional Tea Party campaign. In doing so, she was reminded of the power of loving unconditionally. 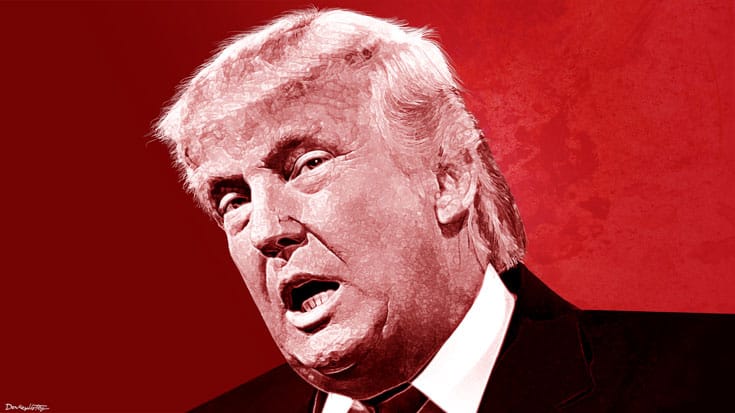 In 2010 my then-husband ran for Congress in the Third Congressional District of Colorado which is hands down, the “Wild West.” The Third is a mostly rural ranching District the size of Louisiana where people do in fact cling to their guns and their religion. I am an ordained Zen Buddhist chaplain, and I ran his campaign.

If this sounds like a ruefulness or confession – I am a Buddhist and I ran a Republican campaign – please know that it is not. I am not ashamed that I was able to run an amazing grassroots campaign for a Tea Party conservative. In fact, I can’t fathom a better form of practice. We did not win but garnered 44% of the popular vote for a completely unknown candidate on a budget of $170,000. It was a phenomenal outcome and one of the most challenging times in my life.

Mostly apolitical, I have always viewed each issue as it arises, trying to see all sides and hoping to understand the complexities. Because I had to register a vote for my then-husband, I did become a Republican for about 93 days but prior to that I was and remain an “unaffiliated” Independent.

Frankly, I don’t talk politics with my Buddhist friends because for the most part it causes great distress (translation: fertile practice ground). I remember a dharma talk given by Roshi Bernie Glassman where, in his profoundly unflappable way, he referred to a true social movement of the people and used an example: “like the Tea Party” he said, nonchalantly. You could hear audible gasping in the room. Roshi Bernie shrugged and smiled.   Everyone thought the sentence would end with “Occupy Wall Street,” which would have been met with applause.

It’s ironic that the practice of Buddhism, which demands intense, relentless self-examination and complete dedication to openness and compassion, can’t seem to hold the space for certain kinds of people. The same folks who will chant and talk about oneness become dogmatic and often angry when it comes to conservative principles, or fundamentalist right wing politicians. Isn’t Donald Trump, for instance, exactly the human you want to love unconditionally? This is the same question I’d ask diehard Christians in thoughtful conversation: if God created everyone and we are in His image, isn’t every Muslim your brother?

I’m an attorney, so I lean towards logic and consistency, the same qualities which brought me to Boston College to pursue a degree in Theology. I just wanted to understand the logic of not eating a hot dog on Friday or why someone had to die to redeem me from some sin. Often I want to ask my Buddhist friends the same sort of question, in the interest of consistency: if you won’t step on a seed in the ground why do you not at least admit that a seed in a uterus is potential life? Abortion is so complex and compassion is needed everywhere in this discussion but let’s be real, and logical, and consistent.

While managing a huge field of volunteers for the campaign – mostly terrified grandparents – I’d sit in the Zendo from time to time, listening to discussions or even dharma talks about social or political issues. Somehow it was acceptable to be dismissive, contemptuous and unashamedly disdainful of Glenn Beck or Sarah Palin. I was often wide-eyed with amazement at how safe it was to be snarky in the Zendo, as long as you were laughing at the “right” people. I rarely spoke about the work I was doing for my candidate because I knew the blow back would be substantial and it would cause deep disturbance, even conflict. Once I did mention the practice of opening the bodhiccita heart to Rush Limbaugh. There was nervous laughter, but no acknowledgment that this would be fierce warriorship, and truly the right thing to do.

I didn’t know that my husband was an extreme conservative when I married him; we didn’t talk politics and I loved him deeply for many good reasons. As we evolved and he went into retirement, I welcomed the focus and purpose the campaign brought him. He was and remains a brilliant man who managed to inspire thousands of people, though he lost the election. I loved him, and so when he said he wanted to run for Congress and I knew I’d have to step up to the plate to support and help him I did it. Isn’t that what love is — looking out for and contributing to that which makes the beloved happy? Or are there conditions to our belief around that as well? So long as there was no harm being done – and we can debate that point – I knew I had to and could run his campaign. In fact, I welcomed the opportunity to influence the dialogue at a time when rhetoric was full of ugliness and vitriol. I had the chance to change the way people talked to each other. And I did.

Much of my job was putting out newsletters, framing issues, and narrowing down points to be made in speeches. Daily I fielded phone calls from potential constituents as well as the press and members of the traditional Republican party. In these exchanges, information was often hidden; agendas were surreptitious and truth hard to find. For sure there was much rancor dumped on my doorstep and with every bit of it I breathed in deeply, trying to live my Buddhist practice.

Though my campaign writing was naturally rhetorical and geared to engage and arouse passion around certain issues, I worked hard to make sure it was not violent. I tried to shape a message of hope, even faith, because the thousands of people I met that year were in despair. They were suffering. It just so happened they were generally “right wing conservative fundamentalist Christians” (enough labels?) but to me they were suffering sentient beings. How could I relieve that suffering? How could I write and communicate in a way that didn’t add to the muddy, awful mix of hate I read and heard and saw every day?

There were a few times during the campaign when I deferred on contributing anything to an issue or event, particularly around guns. I simply did not engage in that dialogue; I didn’t write about it or support or encourage its discussion at all. My husband understood that he would have to carry that particular banner on his own and he did, sometimes in ways that deeply embarrassed me. But this is a package, this human deal. We don’t get to pick or choose. We’re not building a Dell computer when we pick a spouse. It’s much easier to write a check to some nameless orphan across the ocean than to be compassionate with the guy across the breakfast table. Much easier. Grant me the relief of anonymous compassion over the gritty reality of spousal love any old day.

But when we commit to this path we love and embrace the whole catastrophe within ourselves and others. Love and embrace Rush Limbaugh, Donald Trump and Sarah Palin. Put that in your meditation mix, see what comes out. It will be fabulous grist for the mill, I promise you. Donald Trump wants what you want: he wants to be happy, healthy and free, just like Glenn Beck, Bill O’Reilly, and every terrorist or “bad guy” on the planet. We all want the same thing; we just define the outcome very differently.

So the next time you are repulsed by a conservative belief take a breath and see the fear upholding that belief. If I don’t have a gun, I’ll die. I won’t be safe. My children will die. I need something external to protect me from the groundlessness of being. How can you not feel compassion for that fear? It is the anxiety that roils every one of us, the same desperation that we feel on the cushion drives people to own handguns. We are no different, we just have another way of working with fear and it is our job, our unwavering commitment to keep doing just that until all beings are free. Even Donald Trump.

Phyllis Coletta is a a freelance writer, healthcare administrator, and Zen Buddhist chaplain. Her latest book is Radical Joy: How to Live Like There's No Tomorrow. Her website is www.phylliscoletta.com.