What can you do if you haven’t found a nearby place to meditate? One good answer: D.I.Y. Here are 7 tips from Rod Meade Sperry to get you started. 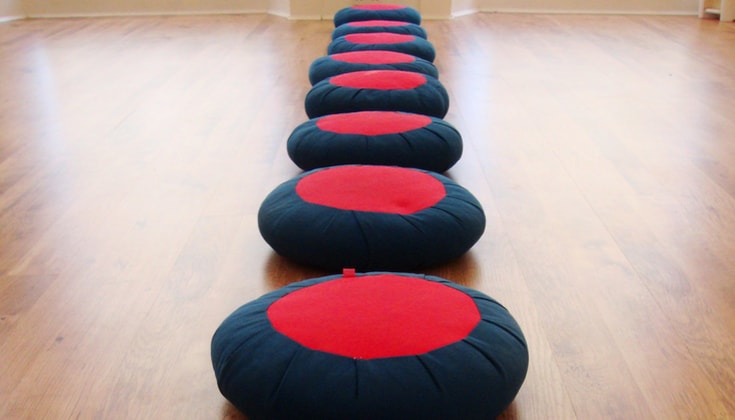 Being part of a meditation group is a wonderful thing: it keeps us motivated in our practice, and it ensures that we have a relationship with sangha, the third of Buddhism’s “three jewels” — ideally, a rewarding, heart-opening experience in itself. If you don’t have as much access to a group as you’d like, why not consider starting one? I’ve been part of starting two groups and have found that making it work doesn’t have to be as difficult as you might expect.

1. Get to know the Buddhist-friendly groups in your area

Are there Buddhist groups near you? Check Google, and Yelp, and the Lion’s Roar Buddhist Directory. Maybe there’s more on offer than you’d thought. And if not, what about college spirituality groups? Unitarian Universalists? Make friends with spiritually minded, open-minded groups. Visit with them, and see how what you might want to create differs from what already exists, so that you can articulate why people might want to join in with you, too.

2. Make phone calls and ask others how they’ve done it

When a dear friend and co-worker and I decided to start our own Zen group, we called another local group in a different Buddhist tradition and asked: how had they managed to procure their perfect little spot? Any advice would have been welcome, but they did us better than that: they offered us an incredibly reasonable rate to rent and share their space, giving us what we needed and them a little more financial stability. Like that, we were off!

3. Don’t worry about making it fancy

Before we moved into our shared rented space, my co-worker and I were meeting at the office, sitting every day before the place opened for business. Unbeknownst to another, particularly esteemed colleague, we did our meditation on the floor in that colleague’s desk area. After a while, he surprised us by coming in early himself and found us there — which is what set us looking for our own space. Otherwise, meditating there in the office was perfectly fine! Sometimes, all you need is a floor or a chair, and a friend.

4. Don’t be afraid to ask for discounts

Once you have a somewhat sizable group, asking for discounts is perfectly viable, especially with sympathetic, Buddhist-friendly companies. Once our Zen group became a “real thing” with regular members, we reached out to a meditation-cushion supplier and asked if there was a group discount on zafus (meditation cushions) and such. There was, and we were sure to take advantage of it.

At Thousand Harbours Zen, the community I’m part of today, we have gatherings to do things like stuff homemade zafus and zabutons (mats for under the cushions). The many hands get the work done and the time together strengthens the community. Creating relaxed events like potluck gatherings or dharma reading groups can bolster the sense of connection, too.

6. Be smart about money

Ask for—but (if you can help it) don’t insist on—donations. People don’t mind donating to a good cause if they’re able, and a meditation group qualifies as a good cause, if you ask me. And see if you can find an accounting-wise friend or group member who can clue you into the key things to know about your group’s opportunities and responsibilities so far as taxes, bank accounts, non-profit status (should you grow enough to warrant looking into it), and so on.

You’d think this one goes without saying, but it’s so easy to talk about promotion; it’s another thing to do it, and doing it right means doing it consistently. Put up flyers at coffee shops, university sites, near yoga studios, at friendly bookshops, and so on. Use social media and events-listing websites to let people know you’re out there. And keep reminding them.

A closing bit of inspiration

I’d like to leave you with a short anecdote from the late Robert Aitken, from his book Miniatures of a Zen Master. Evoking the ancestor who is said to have brought Chan Buddhism (which would become Zen in Japan) to China, Aitken Roshi reminds us that great things come from humble beginnings. What’s more, humble things can in themselves be great:

“The first meeting place of what became the Honolulu Diamond Sangha was the Aitken living room in the suburb of Kuliouou in the fall of 1959. We sat on sofa cushions and chairs and timed our zazen with a Pyrex bowl and a wooden spoon. Our clappers were salvaged from a construction site next door. Still, we tried to see to it that the way of Bodhidharma was not makeshift.”