Marissa Wong reflects on her experiences with alienation and community as a queer Asian American Buddhist. 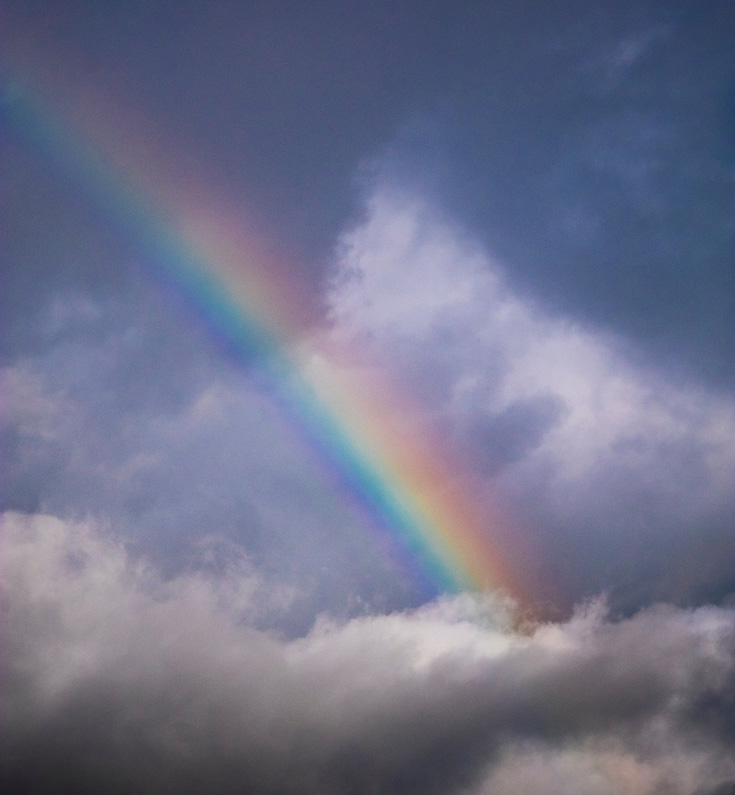 Growing up both Japanese and Chinese, I often felt alienated because I grew up in a majority white town. I also sometimes felt like I was on the outside of my sangha looking in because I didn’t completely fit in there, either. I was raised in the Japanese Jodo Shinshu, or Shin, school of Buddhism and grew up attending the Sacramento Betsuin, where most of the temple members were full Japanese. I felt like I wasn’t as “authentically” Shin Buddhist because of my multicultural identity and because my Chinese family is Catholic. I didn’t have many opportunities to become friends with people of the same age outside of Dharma school because I didn’t live in Sacramento. The other kids my age attended the same schools and were all on the temple basketball team, so I often felt excluded.

Being queer was another level where I felt a little alienated from the sangha. In my experience, I’ve heard more about being both Asian and queer rather than the intersections of being Asian American, Buddhist, and queer. Growing up, I never examined how all 3 identities – Asian, Buddhist, and queer – contributed to who I was. I’m not officially “out” to my family, so talking about queerness is out of the question with them, as well as with many of my heterosexual friends. No one in my life is homophobic, but it is sometimes hard to talk to straight and cisgender people about things that they have never personally experienced, such as questioning your sexuality or gender.

It is comforting to know that others hold the same identities as myself and that they will understand where I am coming from.

It is rare that I find another Asian person who is Jodo Shinshu Buddhist who identifies as queer and Buddhist. I figured I would never find another person who was like me, but since high school, I have found people, all women or nonbinary folks, at various Buddhist temples. One of these new friends, Jill, says, “This may come across naive, but it never crossed my mind that queer folk could intertwine with Buddhism. I never thought that it couldn’t be possible, I just simply never thought about it because the topic of the LGBTQIA+ community was never discussed in my temple. However, when I look back, I remember some members who were definitely queer, I was just so young I never thought of them differently because I didn’t know.” I really value the community that I have because there is something special about having a group like this that wouldn’t otherwise exist, where we are able to have complex conversations and explore the intricacies of our communities and identities.

It is comforting to know that others hold the same identities as myself and that they will understand where I am coming from. For me, finding a community of queer, Asian Buddhists has been affirming for my identity. Jill told me “My experience as an Asian American Buddhist and queer has only recently begun. I didn’t come out until 2018, so it’s only been 3 years. However, I find myself incredibly fortunate to follow a religion that holds a community so accepting of my queer identity. For a long time, I thought I had to separate being Asian American from being queer. The two never seemed to coincide when I looked at the media and film industry. However, after taking an Asian American Literature class, I got the opportunity to read books focused on the core struggles of what it meant to be both–it felt liberating.”

The queer friendship I have found is incredibly valuable. Even if we don’t talk about queerness every time we see each other, just being in community with other queer folk is comforting because we have a special connection since many of our social identities intersect in the same way. My community of queer, Asian American, Buddhist friends understand me the most. Jill says, “I’m so grateful to be able to be open about my queer identity and have these conversations with fellow members of the Buddhist and LGBTQIA+ community. It’s a wonderful feeling to know I’m not alone, and that we can normalize these topics and not feel taboo.”

At my Jesuit university in Washington, most of the queer people I know are white. While we definitely share a lot of experiences, there are nuanced differences, and I never felt truly comfortable in majority white queer spaces. I couldn’t be completely vulnerable and that no one there would understand me completely. For example, the topic of how white queer folks often use their queerness as a way to justify being racist is one that I would be uncomfortable talking about in this space. This topic is something that I have been able to discuss with my queer Asian Buddhist friends.

While being at temple was the only time I felt truly connected to my culture, I am not comfortable being openly out in the sangha. There are a lot of generational differences in the understanding of queerness. Some people from older generations may not understand the complexities of being queer and can be harmful to our community without even realizing it. Some don’t understand that gender and sexuality are fluid or that you can be outside of labels or constructs. That doesn’t make your identity any less valid. I struggled to come to terms with this, and I am afraid of being invalidated, even unknowingly, by a sangha member, especially because I love and respect everyone in our sanghas. I am also wary of tokenizing myself. I don’t want to be the only queer person openly out that everyone in the sangha defers to when talking about LGBTQ+ issues or if they have any questions. I’m certainly willing to have conversations with folks, but I don’t want to have people think everything I say is true for every person in the community.

Since we don’t talk specifically about queerness in Buddhism, I was always unsure of what it exactly meant to be a queer Buddhist.

Imposter syndrome in the queer community – or the feeling of not being queer enough, or recently realizing coming into your queerness – is a very real experience. Another friend excellently captures this feeling: “In Buddhism we talk about getting to the top of a mountain as a metaphor for enlightenment: we all have the goal of getting to the peak (Enlightenment), but people take different paths to get there, and not any of them are incorrect. Understanding this concept has led me to embrace my queerness this past year. Early last year, I felt my queer experience was inauthentic or invalid because I came to my queer awakening during a college humanities class. All the queer depictions in media were of people who knew they were ‘not straight’ when they were young, so who was I to call myself queer at twenty years old? But similarly to how some people take longer paths to get up the mountain, it takes other people longer to understand themselves and their sexuality – again, neither are wrong. We are all just cells trying to find love.”

Since we don’t talk specifically about queerness in Buddhism, I was always unsure of what it exactly meant to be a queer Buddhist. I can’t recall a single Dharma message about queerness. However, meeting other queer people in the Buddhist community has helped me embrace my identity. They have helped me to realize that it is okay to not know exactly how you identify, that you might not fit in any label and that identities can change over time, but however you identify is valid. Based on my experiences finding and creating a queer community in my Buddhist temple space, I think Buddhism is open to queerness. Like other religions, it is definitely up to interpretation, but our Buddhist community is slowly getting there.

Marissa (she/hers) identifies as queer, Buddhist, Japanese, and Chinese American. She is currently attending UCLA in pursuit of a Master of Social Welfare. She is on the editorial board of the Young Buddhist Editorial (YBE) as well as a part of the social justice committee.