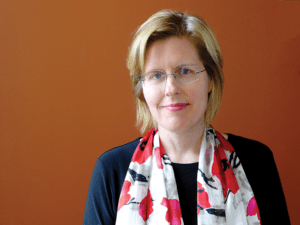 Buddhadharma‘s editor shares her admiration for the varied voices of Buddhism in today’s world.

This issue of Buddhadharma isn’t intended as a “one-off” on racism and diversity. It’s the start of a conversation we hope to continue with your help. It has emerged as the fruition of many discussions—recently and over the years—with people committed to addressing the issues presented here. And working on it has been deeply felt by us at Buddhadharma.

For me as editor, it has been a humbling experience. More than a few times during the production of this issue I’ve blurted out, “I can’t decide that—I’m white!” Nothing was business as usual. How could it be? With unconscious bias, you’re not able to see the limitations of your view and understanding of racial suffering and oppression. Basically, you don’t know what you don’t know.

It was with that in mind that my colleague Koun Franz and I asked people of color—mostly dharma teachers—to share their ideas and provide feedback. We invited suggestions for the cover, then asked for feedback on the cover language and design that grew out of those conversations. The final cover you see here is the result. While those we consulted expressed overwhelming support and excitement about the cover, it’s clearly a challenging one, and some white practitioners felt pushed and criticized by it. However, acknowledging racism and white privilege inevitably involves discomfort, and we felt it was important not to soften the message.

We also asked teachers and practitioners of color for input on other editorial decisions, ranging from suggestions for contributors to visuals—even whether I should be the one to write this commentary or not. This is not to say the editorial process was fully consultative or transparent, nor without disagreements and misunderstandings. There’s a learning curve to engaging in a more collaborative process, and we’ve had successes and missteps along the way.

The articles in this issue are thoughtful, provocative, personal, and practical. But they don’t encompass everything or everyone you might want to see included. Not all of the main Buddhist traditions in the U.S. are represented by the authors. Only one article specifically addresses racism with respect to Asian American Buddhists and is written by an Asian American. Only one is written by a man. None of the articles focus on people of mixed race. And there are teachers of color who, despite their active leadership on diversity for years, are not included in this issue.

In coming issues, we plan to build on this discussion, adding more voices and perspectives. For now, I hope you will enter into the teachings and articles presented here about race, power, and white privilege with an open heart and mind. May they be of benefit.

Inside the Summer 2016 Buddhadharma magazine