How, asks Brian Joshin Byrnes, do we as Buddhists come into genuine contact with the people and places we reject? 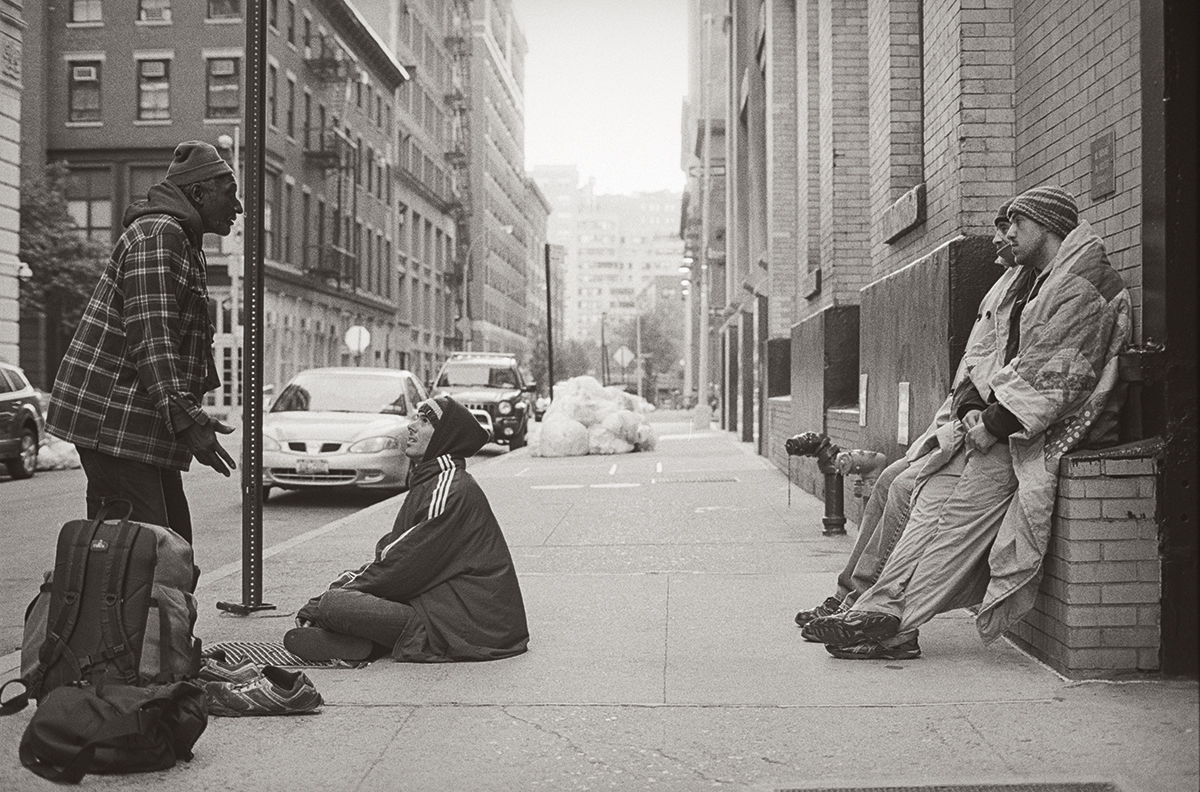 Photo by A. Jesse Jiryu Davis

I sit with a lot of questions about the future of Buddhism, and as I do, it occurs to me that all the future is already right here, in what we’re doing right now. Questions about social engagement, joy, our perceived enemies, poverty and wealth—I hold these as interesting places for inquiry and experimentation.

In the Lotus Sutra, there’s a chapter about a bodhisattva who, disparaging no one, gives up a life of thinking and studying, instead taking up a practice of bowing to people—over and over—for millennia. Eventually, after eons of just bowing, people begin to recognize themselves as buddhas. I think this is at the heart of social engagement: how do we keep bowing, offering the deep bow under changing conditions and circumstances with people who may be incapable—for whatever reasons—of seeing the buddha within themselves?

Years ago, when I was around forty and had been working in AIDS activism for fifteen years, I hit burnout. I didn’t know how to resource myself. I started to look into contemplative practices when, by surprise, a bodhisattva showed up in my office. He told me about Bernie Glassman and socially engaged Buddhists working with the Zen Peacemakers. I heard “Zen Peacemakers” and thought, that’s a path for me. And it has indeed been the path that’s held me for the last twenty years: bearing witness in the cracks of society, entering those places with an intention of letting go of all I think I know about them, embedding myself in these places and situations until I see myself as part of them, and finally allowing action to arise out of that deep sense of belonging.

As a Zen teacher, for example, I guide street retreats around the country. Together, retreat participants and I live voluntarily homeless. It’s a wonderful practice that informs how I shape my own socially engaged practice and how I try to walk the path with others who are finding their way into our dharma circle—and it has a lot to do with my other questions about the future.

We read that bodhisattvas walk the hell realms with a sense of abiding joy. So I’m concerned about socially engaged practitioners who spend much of their life doom-scrolling, as it were, going through the headlines and social media feeds and overwhelming themselves with awareness of the brokenness of the world. How do we counter that grimness? Where is joy? How do we develop practices, communities, and conversations about it? What are our upaya—our skillful means—that help us experience the joy in life? Not superficial joy, but really feeling and celebrating the oneness of life? This is a big question we should center for ourselves, because these are bumpy, bumpy times. We don’t know that it’s any bumpier than Dogen’s times, or the times of the bubonic plague, but they feel really bumpy to us, and being grounded in the joy of the dharma is at risk.

On a street retreat, it’s easy to be swept away by the pain and suffering you see. Sometimes it’s extreme. But embedding myself in those situations, I’ve developed relationships grounded in the beauty of another individual. There’s joy there. There’s joy in hearing their story, in the simple friendship that arises in sharing a meal or a little silence together. Simple, ordinary things restore me to a place that is not just about pain. To hold both the joy and sorrow of life requires some discipline. And it requires a decision to come to it.

As Buddhists, we are so politically and ideologically homogenous—there’s a great danger there. What creates the group identity we may have? What are the rules of this club we call Buddhism?

Each of these could be considered a disruptive technology in our world today, where we’re so focused on suffering and the “other” side. Part of what contributed to my burnout in AIDS work was absolute rage toward people I viewed as the enemy. In my own heart–mind, I’ve had to work a lot with the tendency to praise some while blaming others for what’s wrong in the world. If you’re on my side, you’re a friend; if you’re not on my side, you’re an enemy. To work with it, I delved into principles of systems thinking. There’s real coherence between Buddhist philosophy and systems thinking, in understanding that what we see in the world is the outcome of systems we’ve created. And I am not outside those systems. I am—that is, my own mind and actions are—the first leverage point I have within the system; I have to discipline myself to come back to this point over and over again.

Recognizing this moderates my rage and opens up a perspective that’s much more resourced.

Here’s a brief example. I was arrested a couple years ago in response to the US putting children in cages at the border. We blocked an immigration center parking lot so employees couldn’t get in and out, and we were arrested for it. But my activism at that moment was very different from what it had been twenty years ago, when I was operating out of rage. I blocked that parking lot not only on behalf of the children in cages, but also on behalf of employees we were blocking, and on behalf of the police who confronted me. This was a difference in heart space, a difference in perspective that came in part from understanding that we are all complicit in these systems. This activism was a way to nudge the system a little bit—not alienating myself from the other parts of the system, but seeing myself as part of it.

This is closely connected to another issue critical for Buddhists: the need to expand who the “we” is. I was so shocked when Trump was elected because in my bubble, it was not a possibility. Bernie Glassman talked about bearing witness and becoming the situation. How do we embed ourselves deeply in the places we usually reject? What is it to come into the places you think of as “enemy space,” to embed ourselves there until we begin to think of “we” differently? As Buddhists, we are so politically and ideologically homogenous—there’s a great danger there. What creates the group identity we may have? What are the rules of this club we call Buddhism? Should we be reinforcing those? Playing with them? Liberating them? This is a complex set of questions, involving what may be a uniquely Western experience of organized religion.

Finally, how do we live a dharma-rooted life in a money-driven world, under consumer-based capitalism? Our relationship to the way money operates is an important part of practice. Every one of us has a relationship to money: where it sits, how we use it. We can start by recognizing our own suffering relationship to money, not letting ourselves stop at feeling pity for poor people and anger toward rich people. That is just way, way too superficial. We have to reflect on the systems that perpetuate human suffering and global suffering, planetary suffering, then shift how we engage with them.

Brian Joshin Byrnes is a Zen priest and teacher in the White Plum Lineage and Zen Peacemakers, is the founder of the Bread Loaf Mountain Zen Community in Vermont. His practice, which is informed by his long experience working in social nonprofits, specifically in HIV/AIDS and community-based philanthropy, is centered around social action, with a focus on economically marginalized communities.