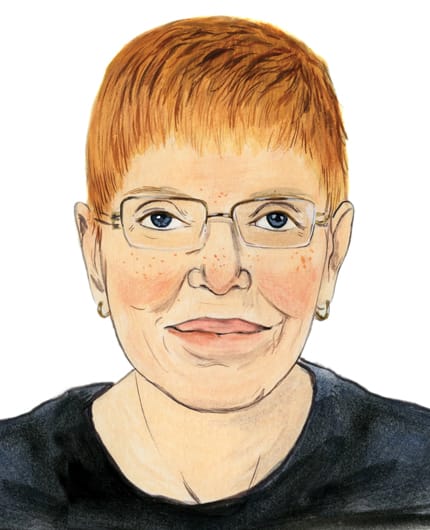 Bonnie Ryan-Fisher recalls her moment of realization – a quiet lunch with her family, and a sudden declaration.

My family and I were having lunch one Saturday, years ago, when my youngest son, having made friends with born-again Christians in his first-grade class, solemnly asked what “the Rapture” was.

I began a halting explanation, describing an event that, according to the beliefs of some schools of Christianity, would see Christians taken bodily to heaven, leaving the rest of us behind. I hoped that I was conveying this accurately as I drew only on vague memories of a bible-study group I’d been part of more than half a lifetime ago. My son never took his eyes off my face, but I could see this was as far over his six-year-old head as those heavens could ever be. He frowned.

“What religion are we?” he asked, cutting to the chase as if anxious to find a place somewhere in the remaining rabble.

My husband cleared his throat confidently, ready to enter the fray. “We’re agnostics,” he proclaimed firmly. He proceeded to explain that basically we didn’t know where we stood, and that this was the only sensible position.

Our son’s frown deepened. I imagine he was picturing his family scratching their heads and wandering from group to group among the lost souls left behind after the glorious departure of his friends.

I stared into my soup, noticing an intention to speak arising in me. “Actually,” I said, sounding less confident than I’d intended, “I think I’m a Buddhist.”

This brought the conversation to a temporary halt. My husband was, quite clearly, astounded. My six-year-old gazed at me wide eyed, as a whole new set of questions formed. Even his eleven-year-old brother spared me a quizzical glance.

So, I guess that’s when I decided—during an unexpected moment over lunch, in answer to my son’s question—I was a Buddhist.

Change is seldom so abrupt, though, despite what the drama of a family moment might suggest. Rarely do things go from black to white in an instant. Rather, change is continuous and subtle. The agnostic “I” had gradually become the Buddhist “I.”

The slow transformation had begun as “surprise meditation,” one of Ajahn Sona’s terms, referring to the way in which the events in our lives provoke sudden insights, shaking us out of the places where we have become complacent. My life had been unfolding, it seemed, according to plan; the surprises I encountered were, not surprisingly, old age, sickness, and death. My parents had grown old, my father had died after a lingering illness, and I had been shocked by the diagnosis of a chronic disease.

Like countless seekers before me and to come, I wanted to be able to live more comfortably with all of this and began looking for answers in books. It took a long time for me to set the books aside and look directly at my own experience, as the Buddha instructed. It took longer still for me to be comfortable not knowing.

Now a dozen years after that family lunch announcement, I am a devoted practitioner, grateful for a global community that brings the dharma even to rural work-at-home mothers like me. That wide-eyed six-year-old has become an adult, as he frequently reminds me. My mother has since died, and my illness hasn’t gone away. I, too, am growing old. The recognition of ongoing change and deepening insight was what I announced over soup that day. This “becoming,” nourished by practice and wise teachings, continues.

Bonnie Ryan-Fisher practices in the Theravada tradition, supported by an affiliation with Light of the Dhamma in Edmonton, Alberta, and the guidance of Ajahn Sona, abbot of Birken Forest Monastery in British Columbia.