Chan Master Sheng Yen reminds us not to be discouraged that we haven’t attained enlightenment. After all, we’re only human. 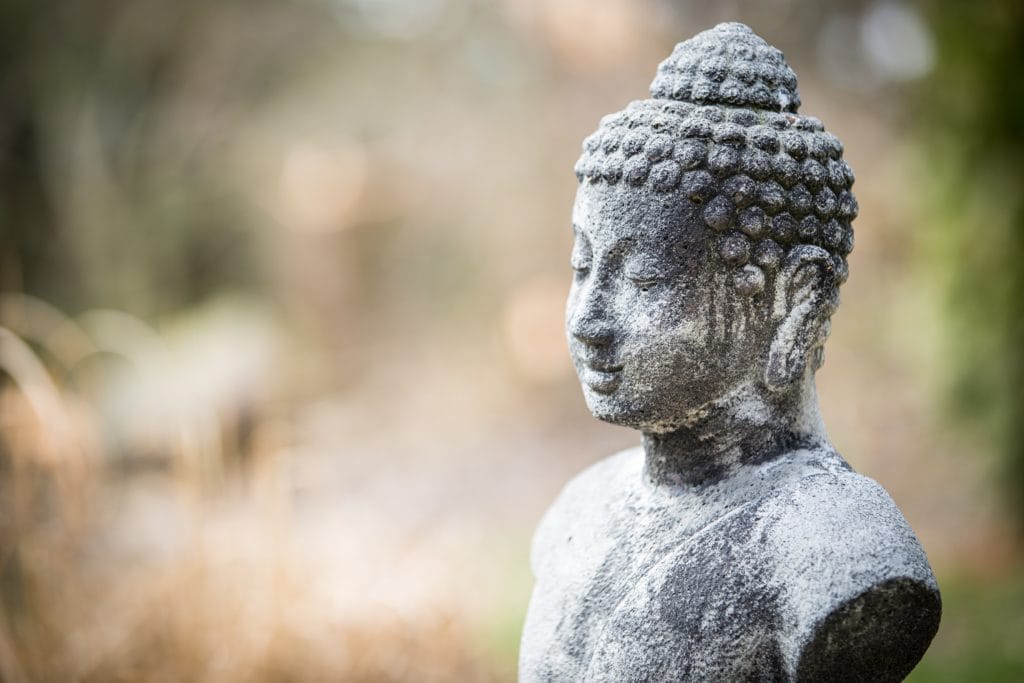 After practicing buddhadharma for a while and listening to lectures about liberation and freedom, some people feel very frustrated if they have not gained realization. They forget that it takes a very long time to evolve from being an ordinary person to being a buddha.

Some people like to talk about the deepest dharma—the dharma of the buddhas and bodhisattvas—but not so much about dharma for ordinary people. When the teaching is pitched too high, it can discourage people because it can be too difficult to accomplish. In this situation, the more people study buddhadharma, the more frustrated they can become. But if we realistically apply standards appropriate to ordinary human beings, if we use dharma as our guide and strive to accomplish what ordinary humans can, this wisdom can lead us to the other shore.

Freedom of the mind means being free from vexations. When one’s perceptions are based on greed, anger, ignorance, pride, and suspicion, and so on, the world becomes full of problems; when one perceives the world through wisdom, the mind becomes unobstructed and free.

There are different levels of sentient beings and different levels of freedom. Ordinary people are perplexed and cannot be liberated in the Buddhist sense, and they remain not free. On the other hand, bodhisattvas who have gained liberation enjoy everlasting freedom.

Ordinary sentient beings can apply Buddhist concepts to guide and regulate their lives and resolve light vexations, but it is more complex for heavy vexations. Some have high expectations, hoping that upon hearing the dharma, their minds will become free. Some who have deep vexations say they are happy, but soon afterward their eyes may fill with tears. Is this true freedom?

Someone born in prison, who knows nothing about the outside world, may think prison is not such a bad place, but someone who is put there by force knows that being in jail is not being free. Similarly, some people, upon hearing the buddhadharma realize for the first time that they are not free. It is very precious that we can experience the dharma in this way.

Those who are averse to life, death, pain, and worldly suffering, and who yearn to enter nirvana can only attain limited liberation. True freedom comes in not fearing life and death, and not being bound by the cycle of birth and death. Thus, we should strive not for limited liberation but for the great freedom of the buddhas and bodhisattvas. Only buddhas and bodhisattvas can be fearless in the face of life, death, and suffering, without themselves suffering. Kshitigarbha (Earth Treasury) Bodhisattva said, “Who will descend into hell to deliver sentient beings if I don’t?” So he vowed “not to achieve buddhahood until all hells are empty.”

Willingly going to realms of suffering to deliver sentient beings while being able to enter and leave freely, that is true freedom. By contrast, ordinary sentient beings are restricted to places according to their karma, and are unable to come and go as they wish. Therefore, they are not truly free.

While liberation and freedom are states of enlightenment, ignorance and enlightenment are relative. People abiding in ignorance are not enlightened, but truly enlightened people do not abide in enlightenment. That is because when there is attachment to being enlightened, there is no true freedom. Ordinary people abide in the concept of “I,” which includes “me” and “mine.” When they analyze the “I,” they may find that the “me” part is nonexistent, but the “mine” part still exists. In the first place, the body is “my body” but it is not “me.” As for “my money,” “my house,” etc., these are all “mine.” Since there is no real “me” that can be felt, it is ignorant to think of what is “mine” as “me.”

If there is still something belonging to “me,” one still abides in ignorance.

If an enlightened practitioner abides in the idea of being liberated, that is not great liberation. The true freedom of the path of the buddhas and bodhisattvas is in having no idea of self, nor any idea of being liberated. The Diamond Sutra asserts, “No self, no others, no sentient beings.” This does not mean one should not act in the world, but that one should use compassion and wisdom to help any sentient being, unconditionally. This is true freedom.

When we practice in this way with faith, there can be liberation, at least on the personal level; how much depends on how deep our practice is. For ordinary people, one cannot reach ultimate liberation all at once, so we call it seeming liberation.

For people who wish to practice the Mahayana path to buddhahood, one begins by entering the bodhisattva path. This path is both gradual and progressive, so one should not be impractical and overly ambitious; one cannot become a buddha overnight. Although Mahayana Buddhism has the concept of sudden enlightenment, it requires long and gradual practice. So what appears to be sudden is actually the result of long practice. Chan and Zen talk about gradual and sudden enlightenment, but the two are actually the same. So how then does one best practice Chan? The best way is by seeing Chan as daily life. Especially for ordinary practitioners, it is very important to experience dharma with the mundane body and mind. Chan is not mystical and elusive; as long as one is mindful in daily life, Chan is everywhere.

Master Sheng-yen (December 4, 1930 – February 3, 2009) was a Chinese Buddhist monk, teacher of Chan Buddhism, and the founder of Dharma Drum Mountain.