Joshua Eaton asks the question: “Why is it that Buddhists are always talking about compas­sion but aren’t providing shelter for those in need?” 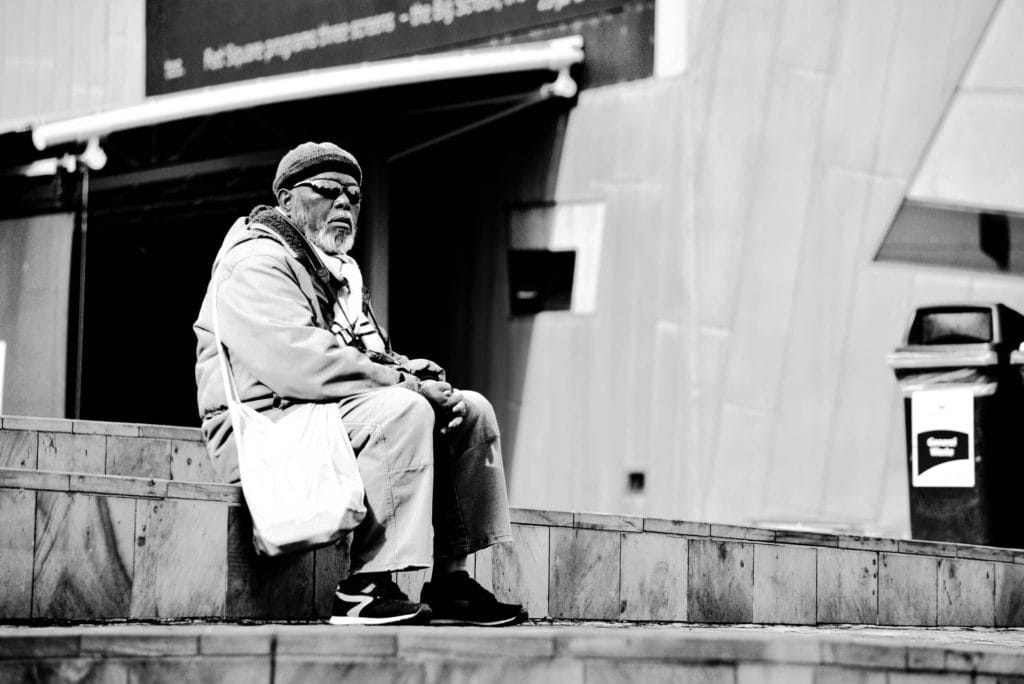 I spent the year after college in an Ameri-Corps program that placed me in the Task Force for the Homeless in downtown Atlanta, Georgia. During my time there I served at several different transitional homes, emergency shelters, and soup kitchens. It was the end of a string of social-service work for me, which started several years earlier with volunteering at a Latino community center next to my college campus. I spent the summer before my senior year living in an intentional commu­nity that provides homeless services in Boston. Then I went to St. Bernard Parish, Louisiana, on my last spring break to prepare meals for victims of Hurricane Katrina.

During this time, I was struck by the fact that all of the social-service groups I served with were dependent on organized religion for sup­port. Many of the soup kitchens were housed in church basements, and almost all of the emer­gency shelters relied on various church groups to come in and cook a meal once or twice a month. A Hindu group took over two whole shifts a month at the soup kitchen where I lived and served in Boston.

I was also struck by how absent my own religious communities seemed to be. I’ve never visited a Buddhist center that hosts outside community groups or one whose members regu­larly volunteer together outside their center. An acquaintance who spent a year serving in New Orleans after Katrina once asked me, “Why is it that Buddhists are always talking about compas­sion but they’re the only group I’ve never seen volunteer down here?”

More important than volunteers, religious institutions provide public spaces. When Occupy camps were evicted from public parks and squares this past winter, it was churches that opened their doors to homeless occupiers and general assemblies. Churches and synagogues have long provided space for scout troops, AA groups, and community meetings, as well as offices for small nonprofits and housing for disaster-relief volunteers. They’re also polling places. And many even provide free space to other religious groups that can’t afford to meet elsewhere. The public spaces religious institutions provide are an invalu­able part of America’s civic life.

It probably won’t surprise anyone to hear that these institutions are declining in membership. Every indicator of traditional religious iden­tity is going down, while “unaffiliated” is the fastest-growing religious identity in the country. As more and more churches are converted into upscale lofts, where does that leave the nonprof­its and Scout troops and popular movements that depend on them? The other traditional alterna­tive is public schools and universities, but budget cuts have left them decimated. Those that haven’t already closed are less and less willing to provide their space free of charge.

What if Buddhist centers and meditation groups opened their doors and let civil society in? Buddhist thinkers have long thought that public spaces are a necessary part of a just society. For example, the Indian poet Asvaghosa (80–150 AD) goes into elaborate detail when describing the many beautiful public spaces the Buddha’s father—the model of a righteous king—built after his son’s birth. The Indian philosopher Nagarjuna (150–250 AD) and the famous Indian emperor Ashoka (304–232 BC) also tell kings to build public spaces, mentioning them in the same breath as monasteries and temples. The tradition is clear: good kings build and maintain public spaces for their citizens. In a democracy, that duty falls to us.

With traditional religious institutions shutting their doors, it’s time we opened ours. Buddhist centers and meditation groups cannot possibly hope to fill the gap that churches and synagogues are leaving in America’s civic life, but we can still make a difference in our communities.

Remember my acquaintance in New Orleans who asked why Buddhists were always talking about compassion but weren’t doing anything? It’s up to us to prove him wrong.

Joshua Eaton is an independent journalist who covers religion and society, human rights and national security. His website is www.joshuaeaton.net.