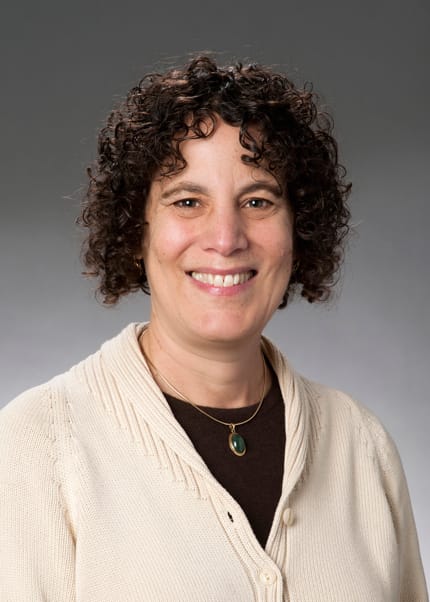 Clinical therapist Tamara Kaiser asks why Buddhist communities have not adopted ethical standards long accepted by the rest of society.

What happens in your sangha if a member has a conflict with a spiritual teacher over alleged psychological or sexual exploita­tion? Is there room for open discussion about the conflict, or is any such discussion automati­cally interpreted as a violation of “right speech” and suppressed? As a therapist and, for want of a better term, “spiritual seeker” whose practice includes meditation, I have followed the discus­sion regarding sexual and psychological exploita­tion in the American Buddhist community for a number of years. I first became acquainted with these issues in the Buddhist community through my husband, a longtime Zen practitioner and meditation teacher. In my own profession, I have worked extensively with boundary issues in my roles as a therapist and supervisor of therapists (including those who have been sanctioned by a licensing board for violations of the profession’s code of ethics) and also as a teacher of therapists and their supervisors.

Some in the American Buddhist community compare their current dilemma to that of the therapeutic community in the 1970s, a time when therapists came to recognize problems of abuse and worked to develop effective means to address them. They suggest that Buddhist communities will need years, if not decades, to establish clear ethical principles and processes by which to protect members and hold teachers accountable.

However, we know far more about sexual and psychological exploitation now than we knew thirty years ago.

Today, therapists in every state of the union have licenses that can be revoked if they exploit their clients sexually or in some other egre­gious manner. And awareness of the dangers of boundary violations reaches far beyond the therapeutic community. There are laws regard­ing sexual harassment in the workplace—laws that gained national attention in the early 1990s as controversy swirled around Supreme Court nominee Clarence Thomas and his aide Anita Hill. Teachers and coaches are fired for sexual harassment of students. The media regularly exposes scandals in religious communities. The public is demanding more and more that offend­ers be brought to justice.

In light of this larger cultural context, it is inexcusable when Buddhist communities fail to act quickly and effectively to protect members and hold abusers accountable.

Marilyn Peterson’s 1992 book, At Personal Risk: Boundary Violations in Professional-Client Relationships, describes the nature of boundary violations in the helping professions of law, edu­cation, medicine, ministry, and therapy. In all of these relationships, the professional has a respon­sibility to act entirely in the best interests of the client. Yet therapists and spiritual teachers pres­ent a special case. Their work involves helping people face human suffering and find meaning in their lives—perhaps even to seek enlightenment or a place in heaven in the afterlife. The relation­ship between client and therapist or seeker and spiritual guide is vital to the healing and growth process. To fully benefit from the relationship, clients and seekers must allow themselves to be vulnerable and trust that such vulnerability will not hurt them. In that sense, the role of a spiri­tual teacher or therapist is similar to that of a parent or guardian, and the needs of the seeker or client must be absolutely primary.

For spiritual teachers or therapists to exploit this trust to fulfill their own sexual or psychological needs is a profound betrayal of a sacred relationship. Even if a seeker or client seems to invite sex­ual intimacy by, for instance, behaving seductively, the duty of the professional is to protect the person by putting the sanctity of the relationship above all else. This is the accepted ethical stan­dard in both therapy and religion. If Buddhist communities want to honor this standard, it must apply to anyone in a position of authority who is guiding someone on a spiritual path.

For the victims, healing begins when they understand they have been betrayed. When I work with such clients, I explore what led them to become involved in an abusive relationship. Victims must come to know what drew them to an abusive person and what compelled them to continue—and possibly encourage—the relationship. Often, victims learn that they were replaying an earlier victim­ization, perhaps abuse they experienced as a child, or that they were trying to fulfill a deep longing related to a lack of emotional or spiritual support early in life. Or they may simply have been enthralled by the prospect of enlighten­ment or salvation. This work is a crucial step; it helps victims develop compassion for themselves and gain the power to protect and take care of themselves in the future.

However, it is vital to emphasize that a victim of abuse is in no way respon­sible for the behavior of the abuser. That responsibility lies with the abuser alone, and to suggest otherwise is to continue the abuse.

In my work, I sometimes encourage a client to take steps to hold the viola­tor accountable, if doing so would con­tribute to the client’s healing and would not expose the client to further injury. Unfortunately, I have seen far too many instances in spiritual communities in general (and in American Buddhist communities in particular) in which, when exposed for sexually or psychologically abusing a member, the leader threatens a lawsuit or publically shames the victim.

And often the community stands with the leader and against the person who has been harmed. In this case, the com­munity itself becomes abusive.

A victim should be involved in hold­ing the violator accountable only by choice. To suggest, as some have done, that victims are obligated to partici­pate—to help the abuser or the com­munity heal—is to continue the abuse.

As members of a spiritual commu­nity, it’s important to consider what you would do if you learned that a member of your sangha felt violated either psy­chologically or sexually by someone in a position of authority. Is there a ten­dency in your community to cast doubt on such accusations and to question the integrity of those who voice them? Are there processes in place to allow for open discussion to determine what hap­pened and, if necessary, hold an abuser accountable? There’s nothing like the present to establish clear ethical princi­ples and processes by which to address sexual or psychological abuse.

Tamara L. Kaiser, Ph.D., is a clinical therapist and professor emerita at the University of St. Thomas in St. Paul, Minnesota. She is the author of Supervisory Relationships and A User’s Guide to Therapy: What to Expect and How You Can Benefit.