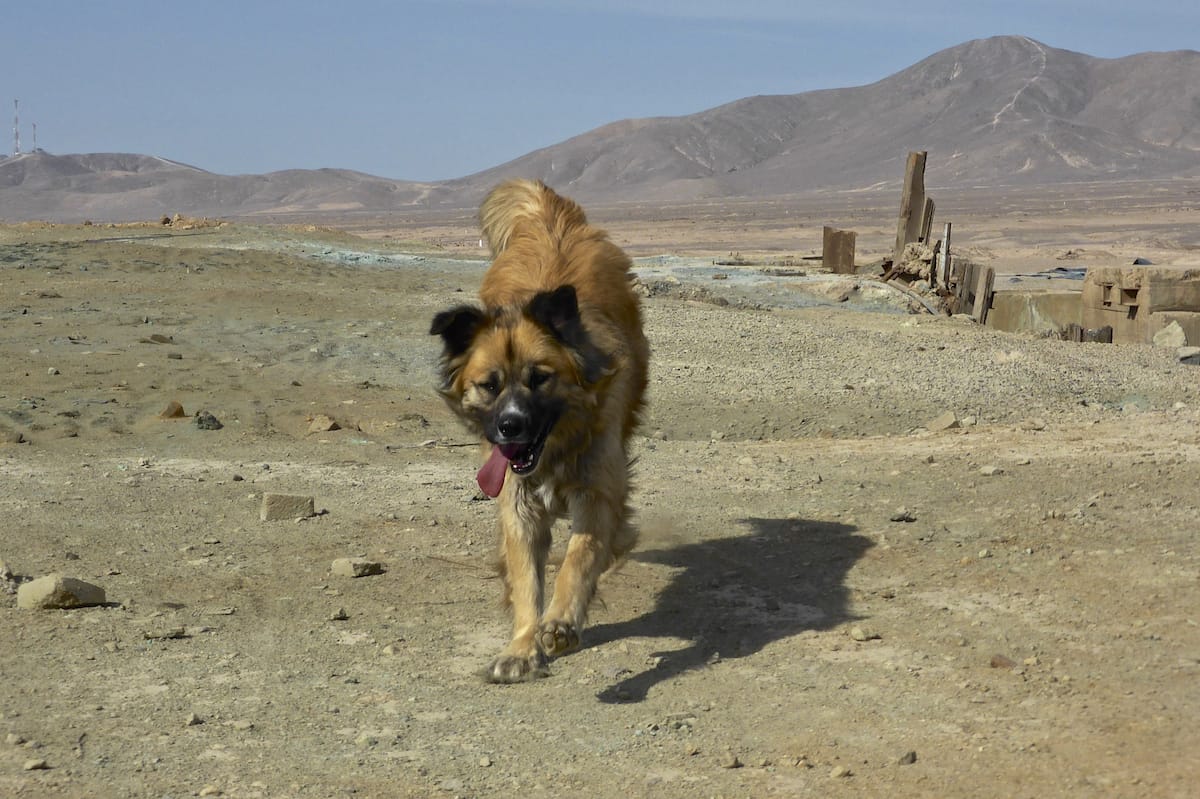 The most valuable thoughts which I entertain are anything but what I thought. Nature abhors a vacuum, and if I can only walk with sufficient carelessness I am sure to be filled. -Thoreau

I started off this morning looking for a lost dog. He’s a red heeler, blotched brown and white, and I tell people he looks like a big saddle shoe. Born at Christmas on a thirty-below-zero night, he’s tough, though his right front leg is crooked where it froze to the ground.

It’s the old needle-in-the-haystack routine: small dog—huge landscape and rugged terrain. I go one way, my husband the other. I walk and I listen. While moving cows once, the dog fell in a hole and disappeared. We heard him whining but couldn’t see where he had gone. I crouched down, put my ear to the ground, and crawled toward the whines.

It’s no wonder human beings are so narcissistic. The way our ears are constructed, we can hear only what is right next to us or else the internal monologue inside. I’ve taken to cupping my hands behind my ears—mulelike—and pricking them all the way forward or back to hear what’s happened or what’s ahead.

“Life is polyphonic,” a Hungarian friend in her eighties said. She was a child prodigy from Budapest who had soloed on the violin in Paris and Berlin by the time she was twelve. “Childishly, I once thought hearing had mostly to do with music. Now that I’m too old to play the fiddle, 1 know it has to do with the great suspiration of life everywhere.”

But back to the dog. I’m walking and looking and listening for him, though there is no trail, no clue, no direction to the search. Whimsically, I head north toward the falls. They’re set in a deep gorge where Precambrian rock piles up to ten thousand feet on either side. A raven creaks overhead, flies into the cleft, glides toward a panel of white water splashing over a ledge, and comes out cawing.

To find what is lost is an art in some cultures. The Navajos employ “hand tremblers”—usually women— who go into a trance and “see” where the lost article or person is located. When I asked one such diviner what it was like when she was in trance, she said, “Lots of noise but noise that’s hard to hear.”

Near the falls the ground flattens out into a high- altitude valley before the mountain rises vertically. The falls roar, but they are overgrown with spruce, pine, and willow, and the closer I get, the harder it is to see them. Perhaps that is how it will be in my search for the dog.

We’re worried about Frenchy, because last summer he was bitten three times by rattlesnakes. After the first bite he walked toward me, reeled, and collapsed. His eyes rolled back, and he drooled. I could see the two holes where the fangs went in. They looked like little eyes spying on me. I was sure the dog was dying. He lay in my arms for a long time, while I crooned to him. My last rites, however, seemed to have had the opposite effect: he perked up suddenly, then gave me a funny look as if to say, “Shut up, you fool.” I drove him twenty miles to the vet’s house. By the time we arrived, he resembled a monster. His nose and neck had swollen as though a football had been sewn under the skin.

I walk and walk. Past the falls, through a pass, toward a larger, rowdier creek. The sky goes black. In the distance, snow on the Owl Creek Mountains glares. A blue ocean seems to stretch between, and the black sky hangs over like a frown.

A string of cottonwoods whose tender leaves are the color of limes pulls me downstream. I come to the meadow with the abandoned apple orchard. Its trees have lost most of their blossoms; I feel as if I had caught them undressed.

The sun comes back, and the wind. It brings no dog, but ducks slide overhead. An Eskimo from Barrow told me the reason spring has such fierce winds is so the birds coming north will have something to fly on.

To find what is lost; to lose what is found. Several times I’ve thought I was losing my mind. Of course, minds aren’t literally misplaced; on the contrary, we live too much in them. We listen gullibly, then feel severed because of the mind’s clever tyrannies. As with viewing the falls, we can lose sight of what is too close, and the struggle between impulse and reason, passion and logic, occurs as we saunter from distant to close-up views.

The feet move; the mind wanders. In his essay on walking, Thoreau said, “The saunterer, in the good sense, is no more vagrant than the meandering river, which is all the while sedulously seeking the shortest course to the sea.”

Today I’m filled with longings—for what I’m not, for all the other lives I can’t lead, for what is impossible, for people I love who can’t be in my life. Passions of all sorts struggle soundlessly, or else, like the falls, they are all noise but can’t be seen.

Now I’m following a game trail up a sidehill. It’s a mosaic of tracks—elk and deer, rabbit and bird. If city dwellers could imprint cement as they walked, it would look this way: tracks overlap, go backward and forward like the peregrine saunterings of the mind.

1 see a dog track, or is it a coyote’s? I get down on my hands and knees to sniff out a scent. What am I doing? I entertain preposterous expectations of myself as when I landed in Tokyo, where I felt so at home I thought I would break into fluent Japanese. Now I sniff the ground and smell only dirt. If I tried and tried, would the instinct regenerate inside me?
The tracks veer off the trail and disappear. Descending into a dry wash whose elegant tortured junipers resemble bonsai, I trip on a sagebrush root, and look. Deep in the center, there is a bird’s nest. Instead of eggs, a locust stares up at me.

Some days I think this one place isn’t enough. That’s when nothing is enough, when I want to live multiple lives and have the know-how and guts to love without limits. Those days, like today, I walk with a purpose but no destination. Only then do I see, at least momentarily, that most everything is here. To my left a towering cottonwood is lunatic with bird song. Under it, I’m a listening post while its great, gray trunk—like a baton—heaves its green symphony into the air.

I walk and walk, from the falls, over Grouse Hill, to the dry wash. Today it is enough to make a shadow.

Gretel Ehrlich is an world renowned nature writer. After being struck by lightning, Ehrlich wrote "A Match to the Heart" about the experience. It was published in 1994.