Josh Korda knows he is not cured—and he never will be—but through honesty and diligence he enjoys a daily reprieve from depression and addiction. 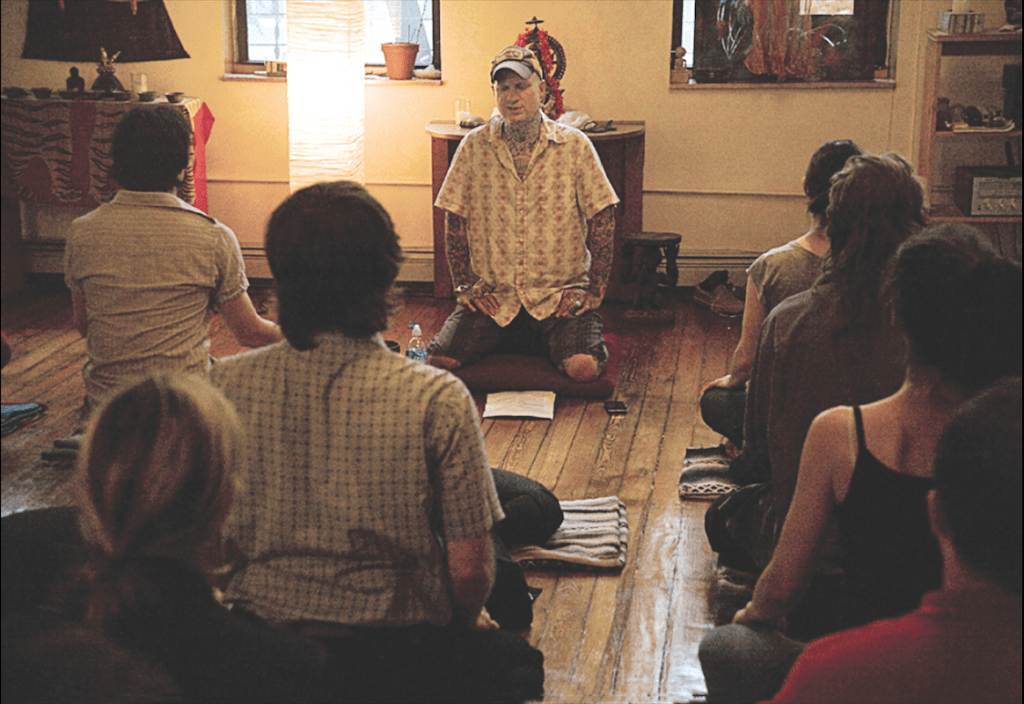 I woke up sweating, gulping for air. I was in the grips of a panic attack, my stomach cement hard yet churning. In my mind, movie screens played horror films in a loop; the images in this multiplex were darker than Dostoevsky.

I’d been sober for six years, but it didn’t matter. My new marriage was surely destined to fail, the small house we’d purchased in Brooklyn destined to crumble. My skills were worthless and would, without doubt, leave me unemployable. Everything about me, an inner verdict announced, was phony and shallow. Friends and family would turn away once my true nature was exposed. I had the feeling that countless eyes were piercing through me and locating something pitiable.

I’d awoken into what was eventually diagnosed as “a major depressive episode.” What was the root of it? A childhood spent in a household where rage was routine, violence not unknown. I recall the terror of being awakened from a deep sleep at 4 a.m. and dragged by my ankles into a bathroom for a cold shower—the drunken voice of my alcoholic father berating me for being “unclean.” I also remember the sounds of my mother pleading to be freed from a room into which she’d been locked as punishment.

Then there were the feelings of low self-esteem brought on by my own drug and alcohol addictions and the years I’d spent in society’s margins—living in squats, waking up late for job interviews, receiving dire head shakes from doctors and concerned friends.

My six years of sobriety were thanks to meditation practice and numerous twelve-step meetings, but my sanity was a patchwork affair held together by diversions: work, relationships, family dramas, and creative projects. I raced from one preoccupation to the next, never acknowledging the hollowness in my chest, the tightness of my stomach, and the sense of meaninglessness that pursued me. This denial had finally caught up to me. That’s why my wife found me shaking in bed in a fetal position.

Kathy patiently guided me to our primary care physician, followed by an appointment with an Upper East Side psychopharmacologist, who was as polished as a TV weatherman. He had an immaculate suit—down to the breast-pocket hankie—and his broad smile conveyed the impression of a life spent entirely free of doubt, much less depression. I emerged from his office with a stack of prescriptions: sleeping meds, antidepressants, mild benzos for panic attacks, and mood stabilizers. I spent the following months alternating between medicated numbness and self-hatred. There was a great deal of healing that needed to be done.

My self-care during this period consisted of weekly visits to a variety of Buddhist centers, daily twelve-step meetings, and morning meditation. Perhaps this routine would be more than enough for most people. Unfortunately, it wasn’t for me.

The morning sits were grinds. Instead of observing them, I was intent on resisting my obsessive thoughts. Instead of listening to the entombed fear, I wanted to numb myself. I was falling into the trap of using meditation as a form of avoidance instead of acknowledgement and healing. I cannot conceive of a less skillful strategy for a meditation practice.

What did the twelve-step groups have to offer? Unending variations of “Pray, go to meetings, read the literature, do service,” proffered smugly by true believers who—armed with quotes from the “big book”—dutifully insisted that clinical depression was repayment for lack of effort.

Fortunately, my desperation finally motivated me to seek my own solutions. I located a Buddhist therapist and found our sessions a safe space in which to share my thoughts and feelings. Session after session, I practiced locating my fears as they arose not only in my mind, but in my stomach, chest, and shoulders. I contacted the long-buried feelings of a terrified five-year-old boy and learned to console him and provide him with a new sense of security. I rekindled my studies in the Pali canon and sought out retreats with monks who seemed to embody the kindness and balance I so desperately needed. I stumbled across the Buddhist teacher Noah Levine, then starting the New York chapter of Dharma Punx, and I attended every class, barraging him with questions and objections, while he remained unruffled and accommodating. Slowly, I stopped seeking the shelter of external distractions and turned toward the despairing, self-loathing thoughts.

Eventually I could sit and ask myself, “What does it feel like to be rejected? To feel unloved?” I’d watch an array of sensations and memories arise and, though the trembling in my stomach felt like it might take over my entire being, I found that my mind was always a little larger than the feeling. I wasn’t as vulnerable as I feared. I practiced an unconditional form of compassion that could greet any inner demon that arose, no matter how ugly and intrusive.

With Kathy and a couple of friends, I started a meeting group that focused on real-life challenges and solutions, rather than stifling evangelism. I sought out new, wise friends who could listen to suffering without trying to dismissively solve it. Meetings are still very much a part of my recovery, even after more than seventeen years of continuous sobriety, but I consider my Buddhist practice and community to be the foundation of what sanity I can claim for myself today.

I never think of myself as “cured” or “entirely free” of depression or the possibility of panic attacks and disabling anxiety. Rather than avoid these experiences in my dharma talks, I discuss them whenever appropriate, as the fear of remission diminishes when it’s addressed in a supportive environment. And, similarly to my alcoholism and addiction, I view depression and anxiety as the inevitable results of a consciousness that doesn’t take time to turn inward and listen to what needs acceptance. My sanity, like my sobriety, is a daily reprieve born of effort and diligence, rather than a birthright. And, quite frankly, I wouldn’t have it any other way.