The beloved late poet Mary Oliver Oliver was known for her poems that contemplate the relationship between nature and spirituality. In this Lion’s Roar archive article, Rick Bass looks at Oliver’s poem “The Summer Day,” which asks, “What is it you plan to do with your one wild and precious life?” 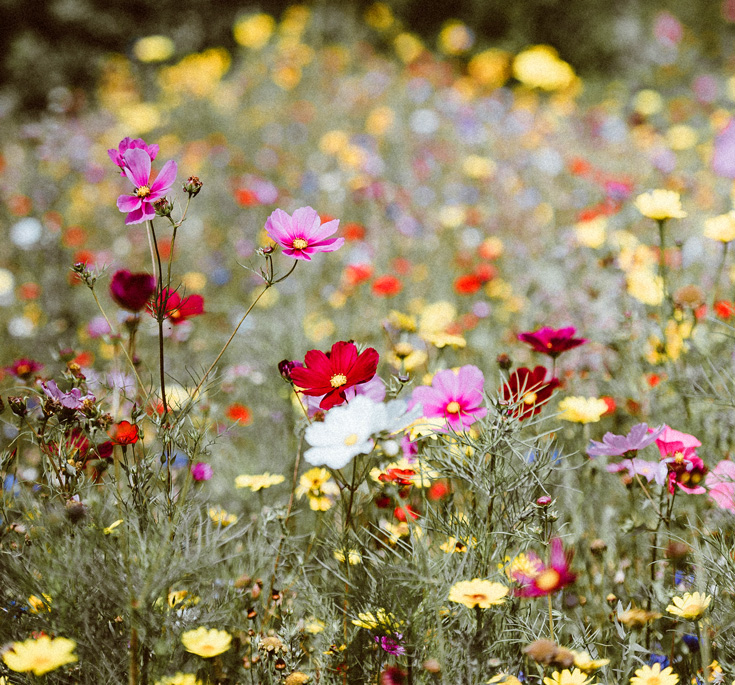 Who made the world?
Who made the swan, and the black bear?
Who made the grasshopper?
this grasshopper, I mean—
the one who has flung herself out of the grass,
the one who is eating sugar out of my hand,
who is moving her jaws back and forth instead of up and down—
who is gazing around with her enormous and complicated eyes.
Now she lifts her pale forearms and thoroughly washes her face.
Now she snaps her wings open, and floats away.
I don’t know exactly what a prayer is.
I do know how to pay attention, how to fall down
into the grass, how to kneel down in the grass,
how to be idle and blessed, how to stroll through the fields,
which is what I have been doing all day.
Tell me, what else should I have done?
Doesn’t everything die at last, and too soon?
Tell me, what is it you plan to do
with your one wild and precious life?

I don’t know how many lives this poem has changed, daily, but it has mine. As powerful as it is accessible—there’s nothing subtle or ambiguous about this poem—it reminds us all to live harder, to turn away from numbness, to be alert, and remember—life goes fast. Love it, but remember. Love it, and remember.

What intrigues me about this poem, after the heat of discovery has passed, is the technical construct of it. With the poem’s truth lodged safely within me, I’m able to go in and look at the nuts and bolts of it. The first marvelous device that wows me is the way Oliver bookends the poem with questions. Right from the start, she demands, with punchy authority—with clamant insistence—Who made the world?

Tell me, she might as well be asking, what is the square root—to the trillionth decimal—of the rate of acceleration of an anvil dropped from the blue sky at a temperature of 90 degrees?

So great are Oliver’s gifts that the reader, though challenged by the sudden—and difficult—question, follows her anyway, and is rewarded, is beguiled. We—the readers—get to experience in the middle of the poem the kind of lovely, lyrical, sensate imagery that is so becalming, and which Oliver could write with her eyes closed. That part, the middle part, is just what genius does, again and again—sees the world in the world’s own irreplicability.

But then the second part of the bookend, the harder question, approaches—harder even than the impossible opener of who-made-the-world—and arrives, the game-changer. The life-changer.

Rick Bass lives with his family in Yaak and Missoula, Montana, where he has long been active in efforts to protect the last roadless lands in one of the wildest landscapes in the northern Rockies. His latest novel is 2009’s Nashville Chrome, which looks at the music business and the destructiveness of fame; 2012 saw the release of three nonfiction works by Bass: The Black Rhinos of Namibia, A Thousand Deer, and In My Home There Is No More Sorrow.