Bhante Buddharakkhita gets personal with the Lion’s Roar readership. 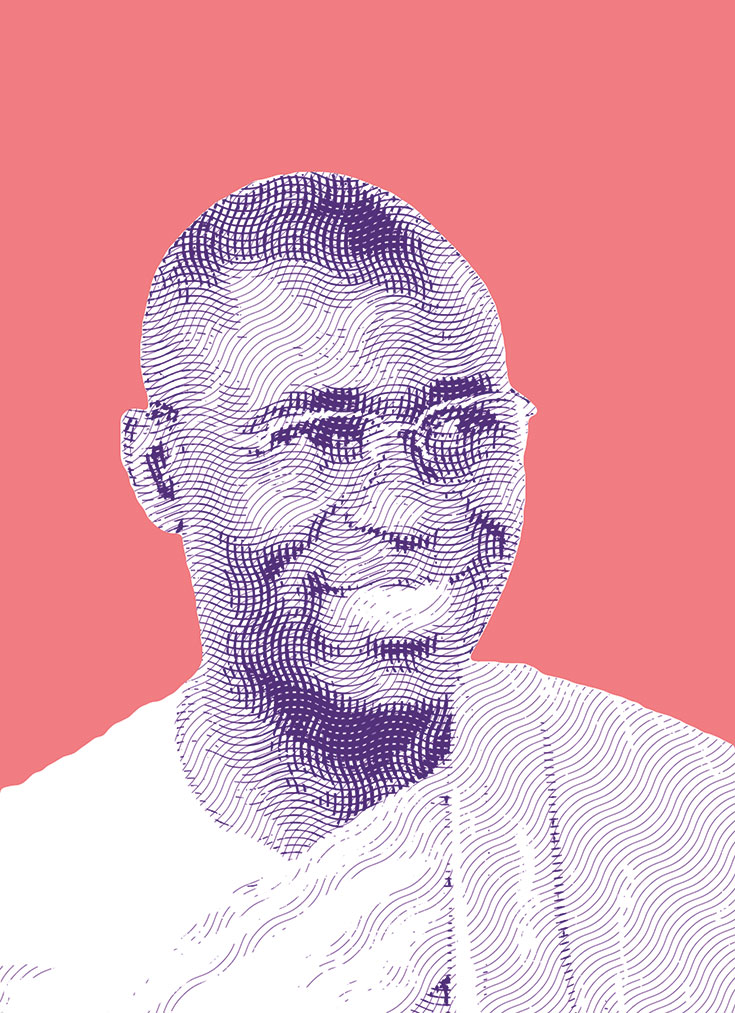 I was born into a Roman Catholic family in Uganda. I didn’t know there were religions other than Christianity and Islam until 1990, when I went to India to study business at a university in Chandigarh. Two of my hostel-mates were Thai Buddhist monks, and I felt immediately connected to them.

For a few years, I traveled and explored spirituality. I went to Dharamsala, where the Dalai Lama lives in India, and also to Nepal, Tibet, and Thailand. In 1999, I attended a three-month retreat at Insight Meditation Society in Barre, Massachusetts, which was led by Joseph Goldstein among others. Then in 2002, I was ordained as a Buddhist monk by Sayadaw Silananda at the Tathagata Meditation Center in San Jose, California. This made me one of the first African Buddhist monks.

After ordination, I spent eight years under the guidance of Bhante Henepola Gunaratana at the Bhavana Society in West Virginia before going on to found the Uganda Buddhist Center, where I am the abbot. Buddhism is frequently misunderstood in Africa. When people see my robes, they sometimes think I’m a medicine man or wizard and they’re afraid. Once I was shot at close range and only narrowly escaped the bullet. My book, Planting Dhamma Seeds: The Emergence of Buddhism in Africa, tells the story of my religious work in Africa.

I’ve been teaching mindfulness meditation worldwide since 2005. I’m a visiting professor of interreligious engagement at Union Theological Seminary in New York City and a longtime member of the Global Buddhist Relief’s advisory council. I hold an Honorary Doctorate in Buddhist Studies from Mahachulalongkornrajavidyalaya University in Thailand.

What dharma books do you recommend?
Three by Bhante Gunaratana: Mindfulness in Plain English, Eight Mindfulness Steps to Happiness, and The Four Foundations of Mindfulness.

Your idea of happiness?
A state of peace, harmony, and freedom.

Your idea of misery?
A state of both internal and external suffering, conflict, and war.

What’s the worst job you’ve ever had?
Construction work.

If not yourself, who would you be?
A scuba instructor. In fact, that used to be my job.

Name three of your heroes.
Bhante Gunaratana, His Holiness the Dalai Lama, and Barack Obama.

The natural talent you’d most like to have?
Adaptability.

What’s for dinner?
I eat my last meal before noon: cooked bananas and ground nuts prepared with mushrooms.

A motto that represents you?
Compassion in action.

What is your current or next project?
In Uganda, I’m acting as the director of the Buddhist Primary School and overseeing the construction of a Buddhist Senior Secondary School.