An interview with Bhante Sanathavihari from our “Meet a Teacher” series in the March 2022 issue of Lion’s Roar magazine. 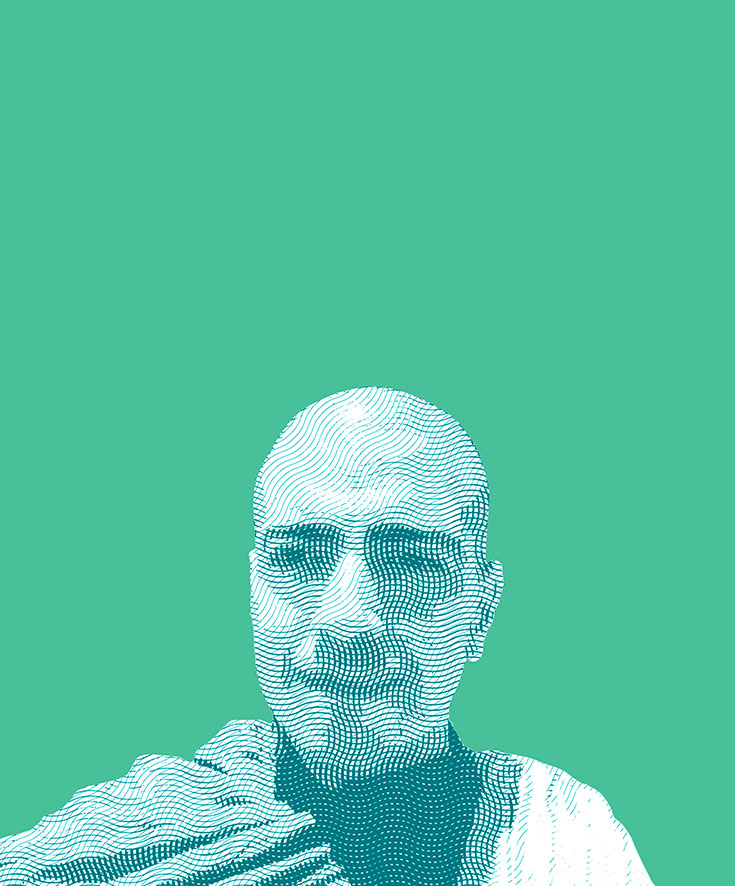 I grew up in the ethnically diverse neighborhoods of Koreatown and Hollywood in Los Angeles. My father was a Marine Corps veteran and my mother was from Jerez, Mexico.

My parents had an affinity for Asian cultures, and my first school was a private Christian Korean school. In my teenage years, I attended Hollywood High School, where I was part of the Junior Reserve ROTC, performed in the school hip hop dance team, and sang in a rap crew.

My first encounter with the dhamma was reading the Dalai Lama’s book The Joy of Living and Dying in Peace. After I graduated from high school, I visited my local Thai Buddhist temple to learn more about Buddhism. There I was given a small book in English, which I read over many times.

A few months later, I enlisted in the Air Force Reserve and began a long service in the military. At the time of my second six-year enlistment, I came across Ajahn Brahmavamso’s dhamma talks on YouTube. I listened to the same talks over and over again, annoying my girlfriend at the time.

About a year into my Ajahn Brahm obsession, I discovered there was a Sri Lankan Buddhist temple just around the corner from my house. There I meet Bhante Madawela Punnaji Maha Thera, who would become my most influential teacher. In 2015, I received ordination as a new monastic and three years later I received full ordination at Maharagama Bhikkhu Training Center in Sri Lanka.

During this time, I was asked to start an online Spanish meditation group, and this grew into the Casa de Bhavana, an online community dedicated to bringing Buddhist teachings to Spanish-speaking people. I am currently working on a degree in counseling psychology with a certificate in providing counseling in Spanish to the Latino community.

While the majority of my practice is based on the Pali suttas and Vinaya, I like to expand my understanding of different traditions, which currently includes a touch of Chan Buddhism.

My current project is to continue sharing the dhamma via Casa de Bhavana. I have a desire to open up a Buddhist center in Mexico in the near future.

I am torn between Anapanasati and Metta Bhavana meditation practices.

First, I would highly recommend reading the suttas. Then I would recommend Letting Go of “Self”: Lessons in Buddhist Psychology, by Bhante Punnaji, and Satipattana: The Direct Path to Realization, by Bhante Analayo.

It is definitely patience (khanti).

Comedic, which I believe helps me connect with people.

Working as a security guard at Home Depot.

The Buddha, Batman, and Aang the Airbender.

Be the person that my younger self needed.