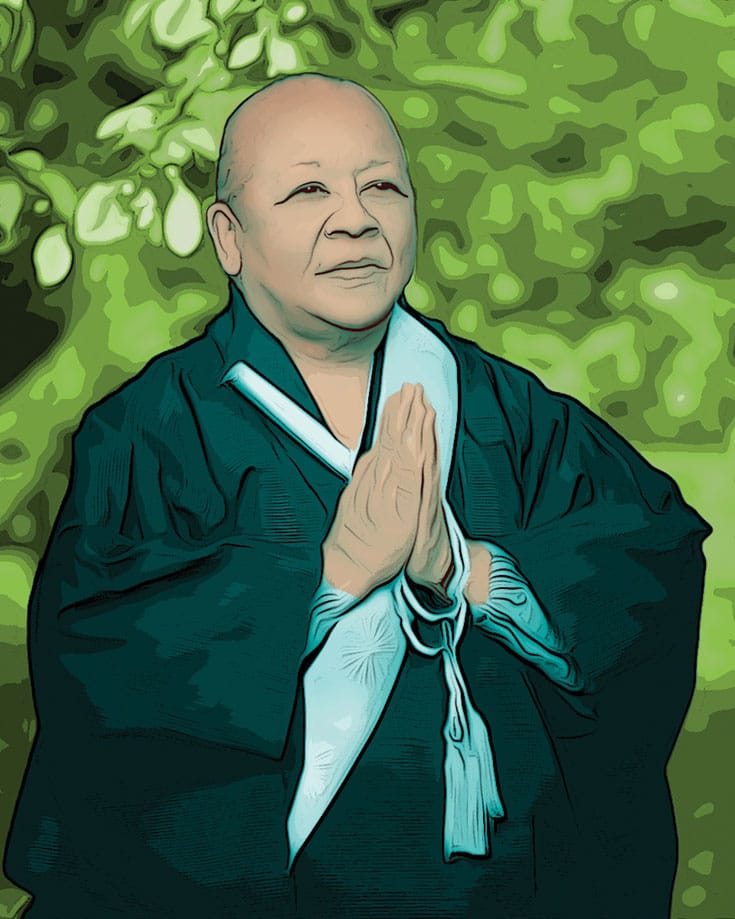 I was born in 1951 in Tokyo, Japan. I grew up in a military family, and over the years we lived in Okinawa, Germany, and El Paso, Texas.

I encountered Buddhism for the first time in about 1963. A friend’s mother took her to Soka Gakkai meetings, and my parents allowed me to go so I could keep my friend company. My parents told me not to join, but of course I did. Don’t ever tell a teenager not to do something!

By the 1990s, after thirty-six years of practice, my questions and concerns led me to leave Soka Gakkai International. I was able to connect to Nichiren Shu and by 2002 I began training to become a priest, both in Portland, Oregon, and in Japan. In 2007, I became fully ordained and received my assignment as head priest and guiding teacher of the Nichiren Buddhist Sangha of Texas in Houston, also known as Myoken-ji Temple.

I have been active in prison ministry, and I currently support two sanghas and assorted individuals throughout the Texas prison system. I also work with hospice care and the veterans’ program Healing Warrior Hearts. I am currently bishop of the Nichiren Shu Order of North America.

Who are your primary teachers?

Ryuoh Faulconer, Shonin of the Nichiren Sangha of Greater New England, as well as the various lineage holders in the U.S.

Working on a curriculum for deepening the study of Nichiren Buddhism for prison sanghas.

The Lotus Sutra translated by Senchu Murano, Basic Buddhist Concepts by Kogen Mizuno, and Fire in the Lotus by Daniel B. Montgomery.

Being in the flow in love and work.

A performer for Cirque du Soleil.

Besides my parents, Maya Angelou, Ann Richards, and Michelle Obama.