Author of Razor-Wire Dharma, Calvin Malone recalls a Christmas in prison when a little caring and gentleness go a long way in such a bad place. 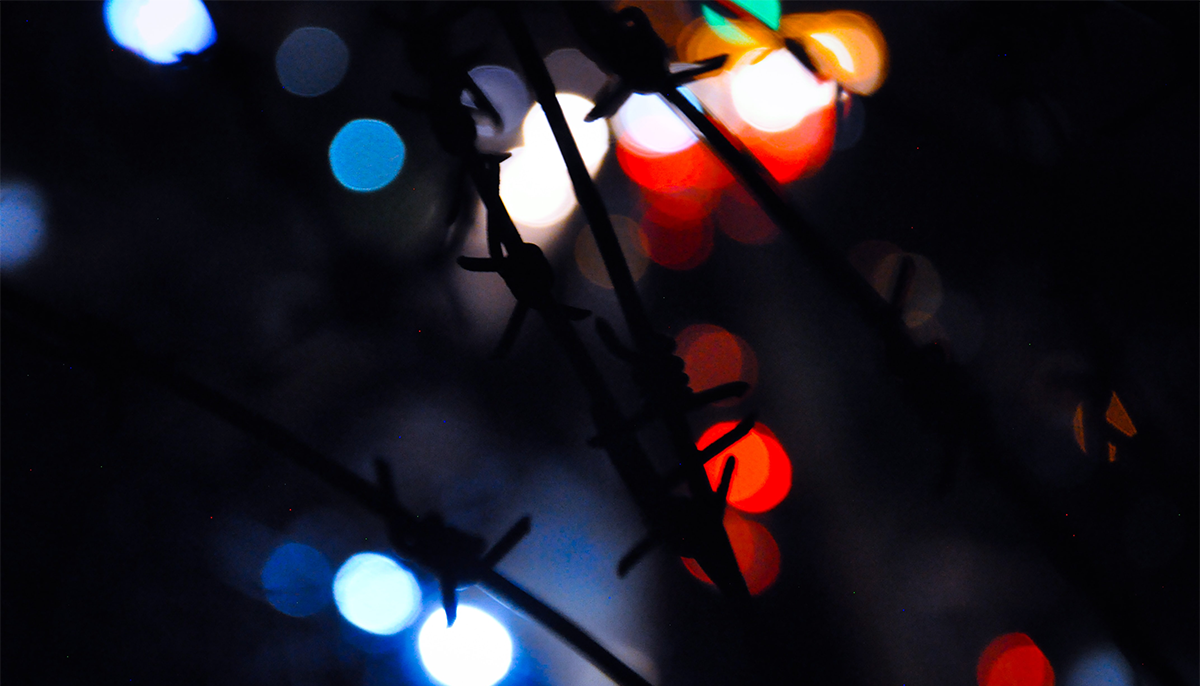 It is hard to like a man who is loud and obnoxious.

Bulldog was not only loud and obnoxious, he was big and strong as well. Few people dared to mess with him and he knew it. His massive shoulders supported an unbelievably big head haloed by an electrified afro. When he walked toward you the overall effect was like being in the path of an oncoming train at night without headlights. I’d never actually seen him hurt anyone—but I knew prisoners who were afraid of him and others who avoided him like bad breath.

I made sure to stay far from him as well. Not out of fear, mind you—after all, Bulldog never gave me any reason to fear him. I just don’t like to be near loud, aggressive types. For years I had no real reason to associate with him on any level.

Christmas season came (as it does each year) and most inmates were not looking forward to the holiday period. Historically, there are more fights and conflicts in prison during this time than any other time of the year. Emotions run high as prisoners think of Christmases past, of families, and of times around the Christmas tree. In most prisons there is almost nothing special done during this challenging time. In our case there is a holiday meal: a regular old meal made “festive” by the addition of cranberry sauce and stuffing.

Emotions run high as prisoners think of Christmases past, of families, and of times around the Christmas tree. In most prisons there is almost nothing special done during this challenging time.

After the meal we pass through a line where they give us a paper sack containing an apple, perhaps a tangerine or orange, and a banana. This fruit is bought from vendors who cannot sell the fruit because it is stunted or green or overly ripe and is unacceptable to consumers. Sometimes the sack contains a plastic zip-lock bag of hard candy. Those who are inclined can go to a Christmas service at the chapel. Food items can be purchased from the inmate store. If a prisoner has money, a holiday package can be ordered through an outside vendor. These usually consist of meat and cheese. Other than that, there is little that differentiates Christmas from any other day. I believe that loneliness is the one thing that exists in abundance during the holiday season in prison. Good cheer is rare.

I had been shipped to Airway Heights Correction Center from the prison in Walla Walla, Washington, on December 19, 1995. The prison was relatively new and only a handful of men were living in the unit I had been assigned to. My personal clothes and property were still in transit and because of the pending holiday I could not expect to see any of it until sometime in January or February. My inmate account could not be activated for at least two weeks, which meant I was without funds.

All of us spent the holiday time in the nearly empty unit with nothing to do and not even a Christmas card or any other traditional trapping of Christmas to mark this as a special occasion. Since the chapel had not yet been built, there was a service offered for a maximum of 120 men due to capacity limitations. I don’t know what the other 1,000 men did for the holidays, but I read a book and tried not to reflect on this, the worst Christmas of my life. I vowed then and there I would not let a Christmas pass in this way again.

The next Christmas I went to several friends and asked them to help me put on a Christmas party. By then we were all better able to contribute various types of snacks and drinks. Someone in the library where I worked discarded a thick stack of wrapping paper. I brought it back to my cell and found that half was Christmas paper. I gathered whatever I had of value, things like a jar of coffee, candy, and shampoo. These I wrapped up and numbered, later giving a number to each invited guest as they arrived. Using the donated meat and cheese from our Hickory Farms holiday package, we made platters as well as bean dips, homemade honey-mustard, and fruit punch. We invited as many men as we could and, if I may say so myself, had a wonderful time. At the end of the party everyone with a number received a correspondingly numbered, beautifully wrapped gift. Our party was the talk of the prison for a year.

Three weeks before my third Christmas here, Bulldog moved into my unit on the same side as me. It was now impossible to ignore him. He had not changed; he was still loud and aggressive. We also worked at the same industry job. At best we were associates.

It was the time of year that everyone was gearing up for what was now billed as the “Traditional Christmas Party.” On several occasions Bulldog mentioned that he had heard about our parties, but I never entertained the thought of inviting him. Days before the party, I invited everyone from the previous year and several more. When I passed Bulldog’s cell something made me stop. I went back and, straight out, invited him to our party. His response was suspicious.

“Why you invite me?” he grunted from his doorway. Hoping to avoid a long conversation, I told him that it was a way for me to practice Buddhism.

“Yes, something like that,” I replied as I moved away.

When they heard what I had done, two people decided that they would not attend. Others had serious reservations. I went ahead with the plans and hoped for the best.

Regardless of religion or situation, Christmas can be a time of love, understanding, community, and compassion.

By this time I had invented a recipe for baking a cake using my reading lamp and the ingredients available to me through the Inmate Store. I blended three mini boxes of Rice Krispies with melted Rocky Road candy bars and pressed them into a bowl to set. Meanwhile, I melted bars of milk chocolate and added a tablespoon of strong hot coffee. Once the Rice Krispie mixture set, I turned it out of the bowl upside down and frosted it with the melted chocolate. When that hardened, I pressed the edge of a ruler into the frosting to make an indentation representing slices. On the edge of the cake and between each slice I pressed a coffee cordial. I made a large pile of chocolate shavings from a candy bar and sprinkled these all over the cake. In the center I pressed in a candied cherry extracted from a chocolate-covered cherry that the Inmate Store sold during the holidays. The overall effect was impressive and looked, if I may say so myself, as if it had been purchased at a bakery. In addition, with the help of friends, we made a variety of candy clusters and desserts.

Again we had wrapped gifts and everyone got something, including Bulldog. It was interesting that all those who attended were dressed in their best “civilian” clothes and made an extra effort to make this a special time for all. Throughout the party Bulldog was quiet and nice to everyone. He got the most animated when we called out the numbers for the gifts. When he received his he was like a child at Christmas! Later he told me that he thoroughly enjoyed himself.

Bulldog was moved to another prison after that Christmas party. Three years later I saw him again. He was being transferred to another facility and was nearing the end of his prison term. When he saw me he rushed up and gave me a huge hug and flashed an uncharacteristic smile. He shook his head and slapped me roughly on the back—nearly knocking me to the ground. Yelling loud enough for everyone in the next county to hear, he let me know how much that Christmas meant to him and that in all his years in prison that was his best memory. He hugged me again, which almost killed me, and took off saying as he went that he now knew what Booty-hists were.

“Santa Clauses without the suit!” he shouted, then laughed and walked out of my life.

Regardless of religion or situation, Christmas can be a time of love, understanding, community, and compassion. Seeing Bulldog that last time, I really learned that each of us, no matter how unpleasant we may seem to be, needs a bit of Christmas now and again.