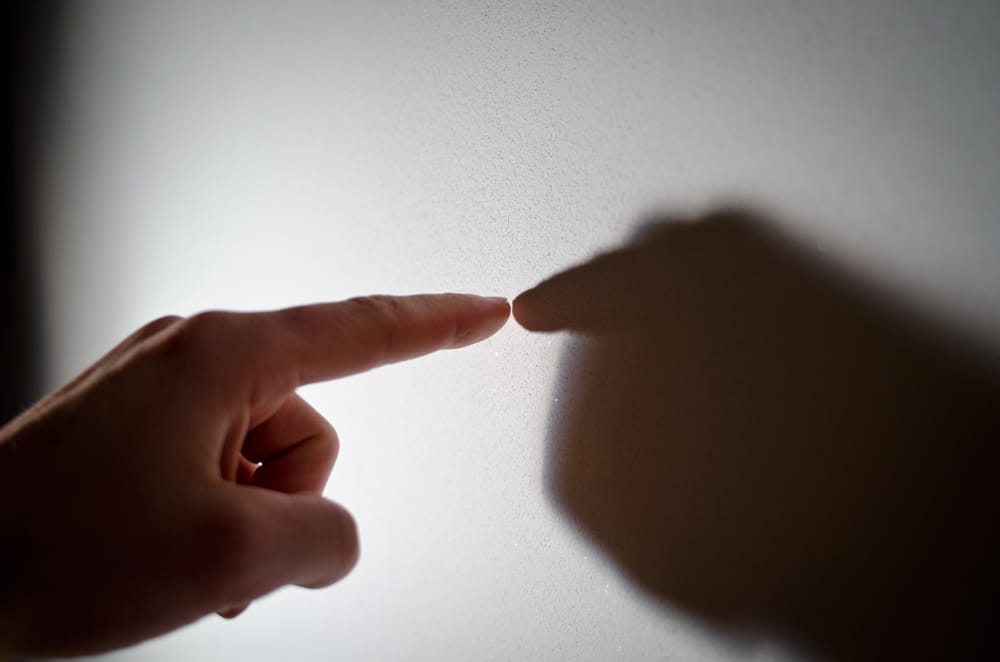 “There are no human enemies,” says Sylvia Boorstein, “only confused people needing help.”

The instinctive, immediate response to our own fear is assigning blame to its presumed source. Blame is probably an adaptive response to situations of immediate physical jeopardy in which there is no time for reflection. Even in situations where there is no immediate peril, directing anger at whomever (or whatever) frightens us is more acceptable to the ego than helplessness and despair. Terrible things happen in this world, and people do them: aren’t there culprits, villains who can be blamed?

A story: I took a mandatory course for therapists in California called “Recognizing Signs of Child Abuse.” The first presenter began with descriptions, accompanied by slides, of such frightful violence towards children that I could barely listen. I thought I could feel the people around me wincing, wishing, as I was, that the lecturer would move on to what could be done. Finally, she did.

“When it becomes clear,” she said, “that the agency will need to take custody of the child in order to protect it, I say to the parent, ‘I know that in your heart of hearts you want to be a good parent to your child. And I know it has been very hard for you to take care of her at this time in your life. We’re going to help you. You’ll need to leave her with us until you get strong enough to care for her yourself. Let’s go down the hall together and I’ll introduce you to the people who will make good arrangements for her. You carry the baby and we’ll go together.’ Mostly, the parent is relieved. I hold her hand, or put my arm around her as we walk.”

People exchanged glances that seemed to say, “This woman is a saint!” Then one person asked, “How can you stand seeing what these people have done? How can you not hate these parents?”

“It’s not their fault,” the presenter responded. “Almost all of them were abused themselves. Many of them have substance addictions. Their lives are not working. They see nothing but long, empty futures stretching out ahead of them, and then, on top of everything, a crying child. They can’t do it another way. There is no point in blaming.”

Can anyone ever do it another way? Is there ever anyone to blame?

Child abuse is extreme. What about the ordinary, inevitable ways that parents, bound by their own limitations, cause pain that is remembered and lamented by their adult children decades later? What about our parents? Can we recognize their mistakes and not blame them? And what about those of us who are parents? I remember, when I was a much younger parent, hearing the psychologist John Enright say, “You always chose right, given the resources you had.” I thought, “Really? Even when I acted badly?” He meant it: no one to blame.

And how about at the level of world history, with designated friends and foes, allies and enemies? It is early March as I write this, and last week, people leaving Spirit Rock Center after a month-long meditation retreat said, “How is it out there? Tell us, so we won’t be shocked when we hear the news.” I said, “It’s much the same as when you left it: greed, hatred and delusion have not been uprooted, and people are quite frightened.” I did not want to be political. I did want to prepare them, though, for the fact that although overt war had not yet broken out, it was about to. I also wanted to suggest that what the Buddha called the three torments of mind-greed, hatred and delusion, themselves the results of ignorance-were the causes of conflict, not particular people or nations. I hoped it might protect them from the pain of enmity and the futility of blaming.

Shantideva, the sixth-century Buddhist commentator, gives this example in A Guide to the Bodhisattva’s Way of Life: Suppose a person hits you with a stick. It does not make sense to be angry at the stick for hurting you, since the blows were inflicted by a person. Neither, he continues, does anger toward the person make sense, since the person is compelled by anger (or greed or delusion). Ignorance becomes the villain, overwhelming reason and creating suffering.

Is Shantideva still relevant in this 21st-century world? Certainly, decisions about war and peace are made by people, people we could name-and blame-as culprits. I wonder, though, if we are not best served by naming ignorance as the enemy to be defeated, even as we act firmly to oppose what we see as wrongdoing in the world, what we recognize as causing pain. This would leave us without human enemies, with only confused people needing help.

I am wondering what the world news will be when you read this column some months from now. I am hoping that whatever it is, I will be able to refrain from blaming. That’s difficult to imagine, since it is already seductive to assign fault. “If only that country, or that person had done things differently last month, or last year, or five years ago… ” I stop myself, when I can, from this line of thinking. It churns up anger in me. And anyway, “if only” never happens. Something did happen and, whatever it was, here we are.

I often think of the familiar image of an infant left in a basket on a doorstep with a note pinned to its blanket: “Please take care of me.” The natural impulse, for all of us, would be to pick the baby up, to care for it. I try to think about the world as an abandoned baby, left in dire straits by parents who could not care for it well. Could we be the benevolent agents who pick it up and, without blaming, take care of it?