“How can I ever repay you for your teaching?” Meditation teachers often hear this question from their students, and the best answer I know is one that my teacher, Ajaan Fuang, gave every time: “By being intent on practicing.” 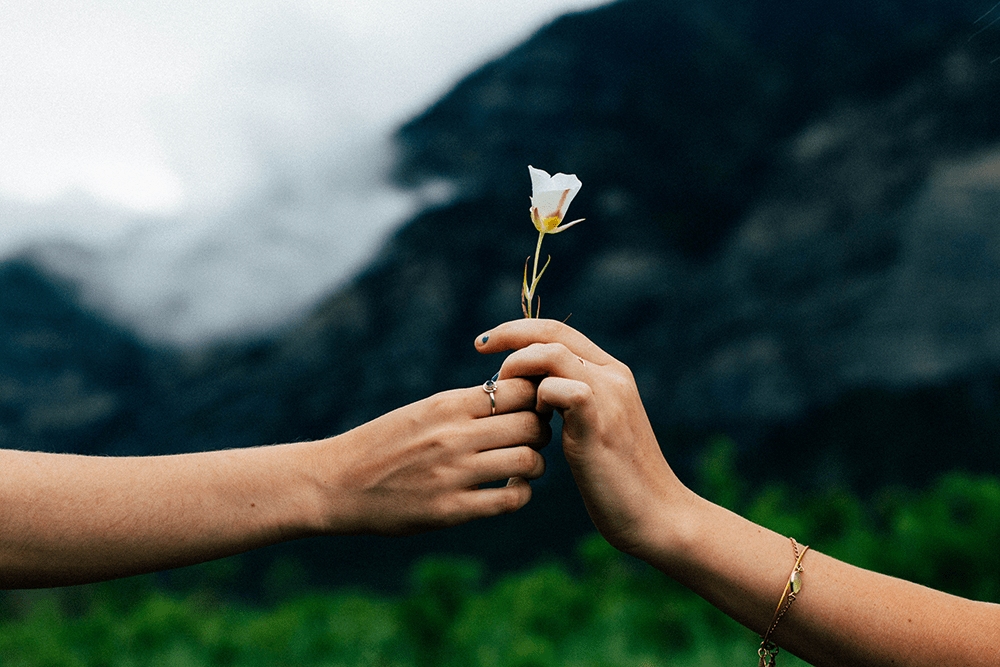 Each time he gave this answer, I was struck by how noble and gracious it was. And it wasn’t just a formality. He never pressured his students for donations. Even when our monastery was poor, he never acted poor, never tried to take advantage of their gratitude and trust. He was living a tradition in which, as he often put it, we weren’t reduced to hirelings, and the act of teaching the dharma was purely dana, purely a gift.

Dana lies at the beginning of Buddhist practice. But, as is so often the case with the beginning teachings, we tend to overlook dana in the pursuit of teachings that are more advanced. We assume that we understand the spirit of dana—in line with how giving is encouraged in the Judeo-Christian tradition or fundraising appeals from modern-day charities—yet we actually don’t. The Buddha taught dana in a distinctive way. If we misunderstand it, we’ll misunderstand the entire teaching, the entire practice of dharma, which is a type of dana from beginning to end.

The topic of giving was controversial in the Buddha’s time. For centuries, the Brahmans of India had been extolling the virtue of giving—as long as the gifts were for them. Not only that, gifts to Brahmans were considered obligatory. If people from other castes didn’t concede to the Brahmans’ demands for gifts, they were said to be neglecting their most essential duty, which, the Brahmans warned, would result in hardship for them and their relatives, both in this life and the next.

As might be expected, this attitude led to a backlash. Several of the Buddha’s non-Brahman contemporaries asserted that there was no virtue in giving. One camp contended that giving provided no long-term results because there was no afterlife. Another camp argued that since everything in the universe had been determined by fate, a gift wasn’t really a gift because the donor had no choice or free will in the matter.

So when the Buddha emphasized the value of giving, he was repudiating both camps. Giving does give results both now and on into the future, and it is the result of the donor’s free choice. But in contrast to the Brahmans, the Buddha took the principle of freedom all the way. When asked where a gift should be given, he stated simply, “Wherever the mind feels inspired.” In other words—aside from repaying one’s debt to one’s parents, which he mentions in the Anguttara Nikaya—there’s no obligation to give. The choice to give is an act of true freedom, the perfect place to start the path to total release.

This is why the Buddha adopted dana as the context for practicing and teaching the dharma, creating a specifically Buddhist culture of dana to ensure that the act of giving stays fruitful and free. This culture is voluntary, but once adopted it requires the cooperation of donors and recipients to create the atmosphere of shared gladness and mutual trust needed to keep it alive.

Donors, for instance, should not see their gifts to monastics as payment for teachings. That would turn the gift into wages, and deprive it of its potential to gladden the mind. Monastics, in return, shouldn’t pressure the donor in any way, even with hints about what they’d like to receive. When asked where a prospective gift should be given, they’re told to say, “Give wherever your gift would be used, or would be well cared for, or would last long, or wherever your mind feels inspired.” This conveys a sense of trust in the donor’s discernment—itself a gift that gladdens the mind.

The same principles apply to the gift of dharma. The Buddha insisted that dharma be taught without expectation of material reward, perhaps because the best way to teach generosity is by being generous with the most valuable thing you have: the dharma itself. When offered a “teacher’s fee” for his teaching, he told the donor to throw it away. He also established the precedent that the rewards of generosity be taught after a gift had been given, not before, so the message wouldn’t be tainted.

So if we’re serious about introducing the dharma to the West, we need to convey the Buddha’s culture of dana in clear and unambiguous terms. This means, first of all, offering dharma teachings without even a suggested donation, for that would carry the hint of payment for services rendered. Even priding ourselves on not turning away people who can’t afford to pay misses the point, for it assumes payment as the norm. When raising funds for Buddhist charities, the true culture of dana would avoid the language of moral obligation—that good Buddhists should give—for that muddies the message that gifts are an expression of freedom.

The culture of dana also requires rethinking the dana talk sometimes given at the end of retreats, which—because of its timing—inevitably sounds like an appeal for payment, regardless of how tastefully worded. Instead, dana could be discussed on retreats in a general way, in the context of how best to integrate dharma practice into daily life. At the end of the retreat, a basket could be left out for donations, with a note that the teacher hadn’t been paid to teach the retreat. That’s all. No appeals for mercy. No flashcards. Sensitive retreatants would put two and two together, glad that they were trusted to do the math for themselves.