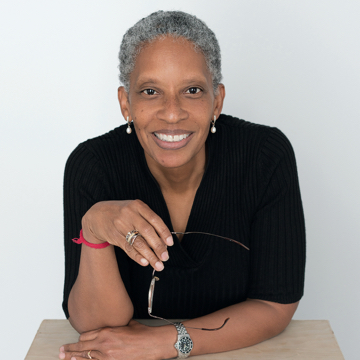 Diversity is more than just representation. It’s about really meeting the needs of different communities. Pamela Ayo Yetunde suggests how Buddhism can address the mass incarceration of young black men and its terrible costs.

I thank you for my mind
I promise to use it
Thank you for my eyes
In order to constantly see old things anew
I gladly reject in this struggle for freedom
What was never really mine—society’s lie of
the black criminal mind
So that I may be born again and again
The Hero–Warrior you created me to be.
— From “The Hero–Warrior Prayer (A Prayer for African American Men),” by Virgil Ray Bailey

As Buddhism by and for African Americans continues to develop, it is vital for us to address the crisis of mass imprisonment of Black Americans. Buddhism promises liberation. Can Buddhism help liberate young Black men from incarcerated slavery?

As male African American Buddhist teachers increasingly address themes relevant to being a Black man in America, I predict their dharma talks will be about practicing Buddhism as a wholesome rite of passage into what I call noble Black manhood.

Why is the concept of noble Black manhood so necessary? Today, prison is seen by many young Black men as a rite of passage into adulthood. Noble Black manhood can offer a Buddhist-informed alternative, a path to manhood based not on slavery but on liberation.

One need not be an incarcerated slave before one becomes a man. Slavery is traumatizing and distorts growth. Imprisoned people may have to refrain from ethical behavior just to survive. This is suffering at its worst.

Understanding the threats against healthy Black male development means, in part, not denying that the U.S. is a country with systems that have historically pathologized Black people’s desire for liberation (the wish to escape slavery was once diagnosed as “drapetomania”) and that continues to criminalize the desire for liberation from police brutality (or, as the FBI calls it, “Black identity extremism” source?). Buddhist communities today would do well to allow space to express the suffering caused by living in a society in which Black people are stigmatized, shamed, and punished for wanting to be free and exercising their rights to assemble to create liberatory strategies.

Critical reflection on what the suttas and sutras say about slavery brings ancient spiritual texts into vital conversations about freedom and the consequences of incarceration.

In creating a rite of passage to noble Black manhood, African American male dharma teachers will have to grapple with a celebrated but destructive narrative: that the Buddha abandoned his wife and child, returning to them six years later as their teacher.

Zen philosophy (awakening within the conditions already present) is a corrective to this Theravada home-leaving narrative. Noble Black manhood is not liberation from one’s familial obligations in order to seek enlightenment. It is understanding that raising one’s children to be healthy human beings is a nobility like no other obligation in this world.

Given the obstacles to growing up as a trauma-free Black boy or man, noble Black manhood dharma talks, to borrow from Imam Al-Hajj Malik el-Shabazz (Malcolm X), should be disseminated “by any means necessary.”

Unfortunately, in the face of mass incarceration, disseminating dharma wisdom to boys and adolescents through the oral tradition is too ephemeral. Therefore, noble Black manhood talks also need to be published in printed books, ebooks, on social media, and wherever Black boys and men retrieve their information. Noble Black manhood, however it is taught and published, needs to be in schools, where many Black boys experience what el-Shabazz experienced—the diminishment of their intellect and dreams. This creates the school-to-prison pipeline.

The faces of Buddhist leadership in the U.S. continue to change. African American men rising to dharma leadership are more visible than ever. At the same time, African American boys and men have particularly difficult challenges living intellectually-affirming, dream-filled, liberated lives. School becomes a pipeline to prison, and prison becomes a rite of passage into manhood.

How this develops will depend on the Black Buddhist leaders who take on this mission. May your own lived experiences as noble black men be witnessed by black boys, the next generation of Black men, for their liberation from oppression and the fulfillment of their potential.  The passage to noble Black manhood will be a remarkable hero’s journey.