The practice of community, says Mushim Patricia Ikeda, is more than including beyond all people, even all beings. It mean including all thoughts, all emotions, all realities — the bad as well as the good. 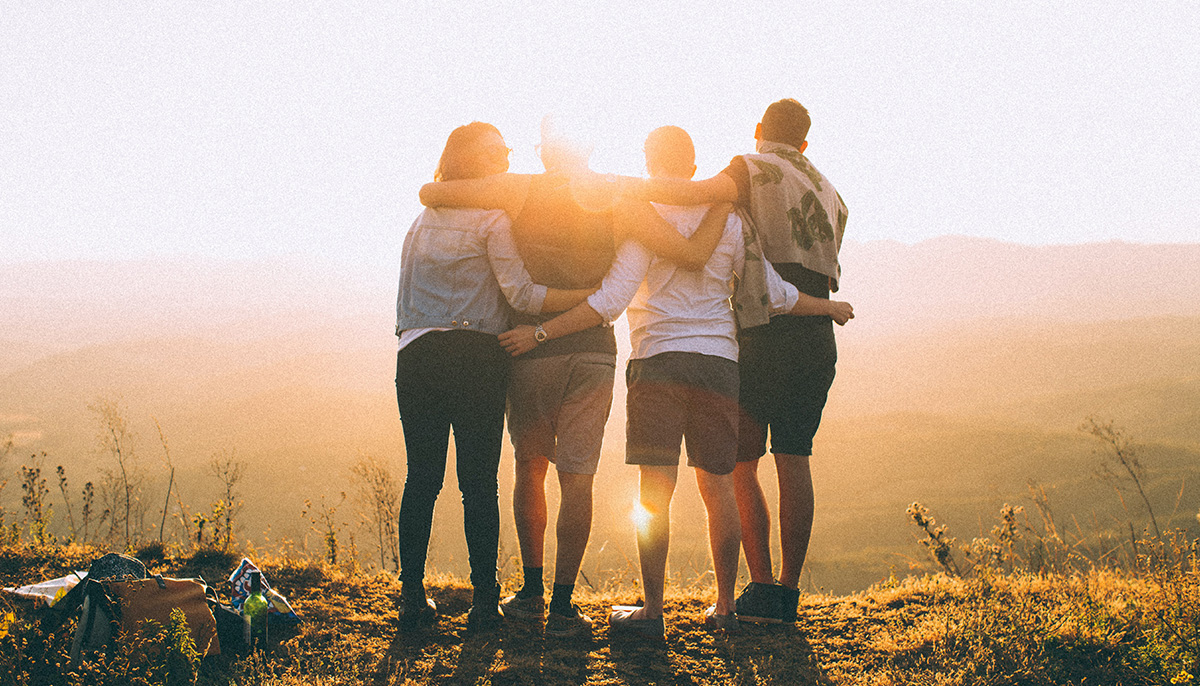 I’ve spent my adult life in communities and helping to build communities. I’ve been part of artistic, spiritual, social justice, Buddhist, and public school communities, among others.

In a practical sense, I know a little about the patience, persistence, relationship building, and maintenance that are needed to create community, and the diversity and inclusivity tensions always present in community life. And then there is community in the broadest sense.

All the elements of our unknown future, both the good and the bad — all these are, whether I like it or not, my community.

In late January of this year, I dreamt I was in a picturesque small city waiting for an artist friend to pick me up for a pleasant outing to a redwood forest state park. But in the dream the downtown had been occupied by a large meditation-based white supremacy cult, whose smiling members kept trying to usher me into various “free meditation sessions.” They had blocked connection to the Internet, and I began to walk, hoping to get a phone signal.

At the edge of the city I learned that animals and birds had died in the countryside encircling us, and that it was unknown how far this extended or what would happen to humans who stepped outside the city limits.

Upon waking, I felt grief-stricken and terrified. Powerful emotions gradually settled into a resolve—to meet and commune with all of the elements of our unknown future, both the good and the bad. All these are, whether I like it or not, my community.

My original Buddhist training was in Zen, in which I took a vow of poverty that stripped away security. As a result of that experience, I know that we can consciously and repeatedly go through the experience of “home leaving.”

This is a term that traditionally signifies entering monastic life. It references the historical Buddha’s departure from his home and family to seek awakening. But in a broader sense, home leaving is the existential choice to leave the stifling and false safety of conditioned expectations for the ungoverned forests in which we directly encounter our most untamed drives and fears, our spiritual disappointments and delusions.

The consequences of home leaving can be unexpected, in both small and large ways. I remember one poverty-stricken period when I was regularly stealing rolls of toilet paper from a bank. I ended—and survived—an eight-month stint in a Korean monastery through an epic fail that blew up almost all of my various identities. I entered a new life as a mother to my half-Korean child, and together we formed a new community of two. We began to connect with Buddhist community members in Northern California, who offered us housing, employment, and hand-me-down baby clothing.

For those of us with a spiritual path and set of practices, who are willing to leave the home of comfortable assumptions, we have now the choice to say yes to virus pandemic and economic collapse. Yes to mass extinctions of flora and fauna. Yes to the threats of Fascism and, speaking for myself, yes to giving up the urgent need to know and control, even as I participate fully in communities of strategic resistance and resilience.

Acknowledging my Buddhist vows to stick around as long as I can and help to decrease suffering, I need to go through the inner landscape of all my emotions, all my hopes, all my inconceivable fears and vows and faith and doubt. I need to do this “omitting none,” as it says in one translation of the Karaniya Metta Sutta, the Buddha’s teaching on loving-kindness. I’m of use to my communities only if I’m able to show up in imperfect wholeness, in intimate and more healed communion, with as much of reality as I can embody.