Shayne Larango turns away from her high-paced corporate life and promptly joins a Vipassana retreat – only to find the transition more difficult than she’d anticipated. 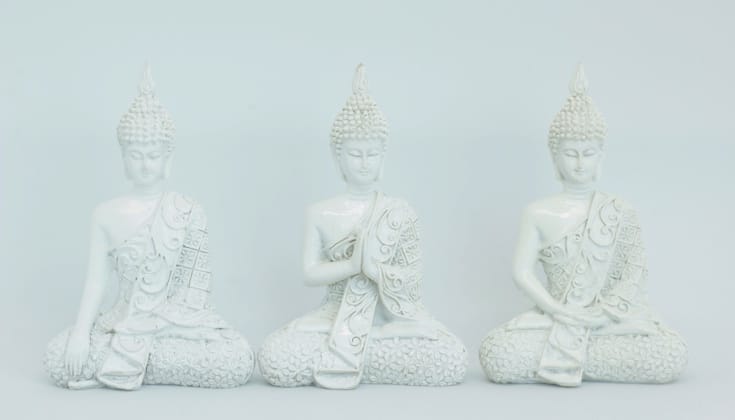 Things were not good with me, but little did I know they were about to get worse. Some­thing was pulling me from a self-destructive relationship with my job. I had started wearing flip-flops to my corporate office, I developed an eye twitch, and my blood pressure was ris­ing. Every day, I felt as though I was walking underwater against the current. But instead of taking all the pills my doctor had recommended, I started seeing an acupuncturist who gently sug­gested I try meditation.

So I quit my job and signed up for a ten-day vipassana retreat. Ah, ten days of solitude. Ten days of silence. Ten days to freedom.

As I tapped the heels of my bare feet together in the meditation hall, I knew things would get better. I was shoeless and jobless, but not hope­less. Not yet, because I was learning how to meditate.

Although I was seeking to know myself, somewhere deep in my psyche, I already did. Because instead of driving to the retreat and leaving my vehicle parked with the keys in my pocket, I had someone drop me off. That turned out to be a wise move. Otherwise, I might have made a fast break out of there, keys jingling in my hand as I ran toward my car. But that would have created a scene, and good girls like me don’t create scenes. Somewhere inside me I had the will to stay, but on the outside I was constantly plotting my escape.

Although I had voluntarily walked in and could leave at will at anytime, I began having elaborate fantasies about how my real friends (and this was how I was going to tell who they were) would come rescue me from this place in a high-speed, tires-squealing, Dukes of Hazzard stunt-driving move. No real friends materialized.

So I turned to Mother Nature for help. A little family of skunks had been wandering around after dark between the meditation hall and the women’s dorm. I imagined that if one of those skunks sprayed me while I walked back to the dorm, the retreat leaders would have to send me home. Even though I knew I needed to be here, I would have no choice but to leave. I was trying desperately to find a way to blame someone else for my departure.

Thoughts are powerful things. About four days into the retreat, the absurdity of wanting to get sprayed by a skunk in order to escape finally hit me when a skunk pointed his ass at me and raised his tail. I had a moment of insight. I decided with absolute conviction that I would rather sit still in silent anticipation of seeing things as they really are than be sprayed by a skunk and sent home. So I carefully backed away.

Now I was getting somewhere. Hell, I had seen one thing as it really was: I would rather meditate than be sprayed by a skunk. It didn’t matter that I likely could have figured this out without a ten-day meditation retreat; I just put that little nugget of insight in my pocket and claimed a small victory.

Shayne Larango is a personal consultant and coach. She practices at the Dallas Meditation Center.