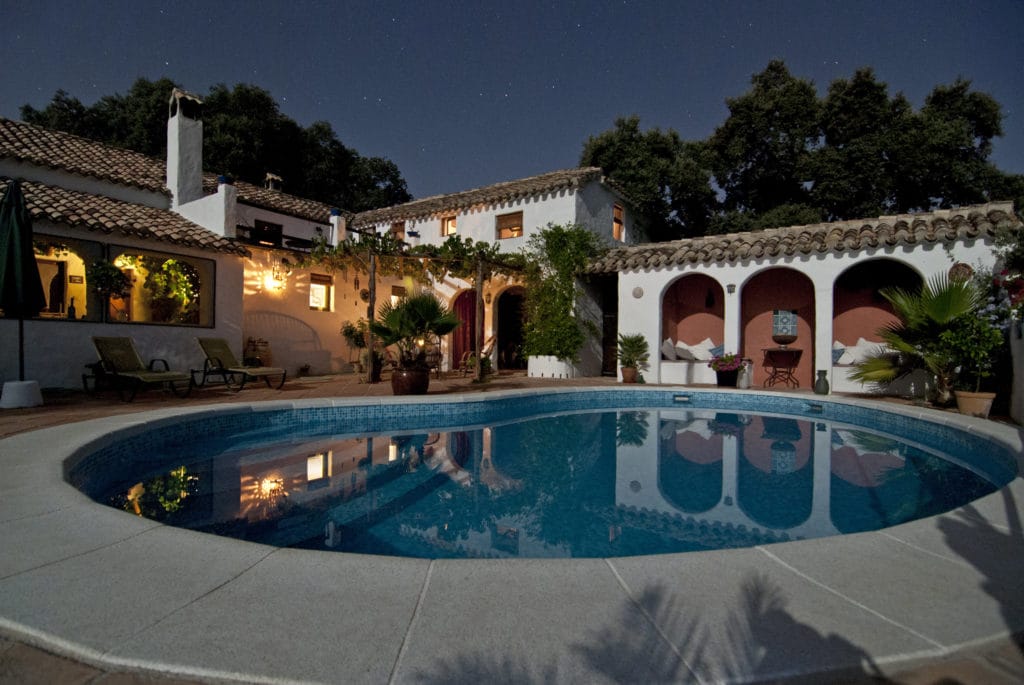 Historians of religion often repeat the accepted truth that it takes about two centuries for a culture to absorb a new religion and make it its own. Buddhism is certainly not a new religion on the world scene; nevertheless, it may be turning into something new as it is adapted to fit Euro-American culture. And this revised Buddhism might be neglecting crucial elements of the original teachings in favor of values and practices that give comfort to us in the receiving culture. As North Americans and Europeans, we seem particularly attracted to the enticing and psychologized project of spiritual enlightenment, but we are neglecting, at our peril, other fundamental Buddhist values and practices.

As we find ourselves one-quarter of the way through this two-century process, one of the original themes of the historical Buddha’s teaching, namely, the ideal of renunciation, is being conveniently renounced in the West. While the original Pali term (nekkhamma) means the negation of kama (desire), or “withdrawing from sensuality,” the English word has come to mean something like “putting aside the things of the world.” Thus, in English, we refer to monks and nuns as renunciants. Yet the suttas show us that all serious practitioners must in some way be renunciant. The Buddha held forth a rather strict standard of renunciation for his monks compared to his householder followers. The Pali canon makes clear in many places that householders, as well as monks and nuns, can all attain nirvana. A particularly beautiful expression of this truth is found in the Mahavacchagotta Sutta:

Although the layperson may not be “homeless,” to use another phrase that refers to monks and nuns, it is still very clear that renunciation must be a part of every follower’s path as they incline, or slide, toward nirvana. In the Dantabhumi Sutta, the Buddha addresses Aggivessana and talks about the layman, Prince Jayasena:

Here, the Buddha is talking about someone very much like himself as a young man. Some Western teachers have explained that what the Buddha meant by renunciation was that his followers should relinquish their attachment to things, not necessarily the things themselves, a notion that the American Theravadin teacher Santikaro calls “a liberal legalism, à la Bill Clinton.”

There is perhaps confusion between the term relinquishment (patinissagga), which could be defined as this mental exercise, and the more concrete concept of renouncing those things which embroil us in desire. But both these actions are necessary in the Buddha’s outline of the path to nirvana. We must give up things, people, and concepts, as well as extinguish the mental mechanism of attaching to them.

Abandoning the trappings of wealth, as Gotama did, is still put forward in the teachings as a practice for householders. Speaking to the monk Udayin in the Latukikopama Sutta, Gotama says,

there are certain clansmen here who, when told by me ‘Abandon this’ …abandon that and do not show discourtesy towards me or towards those bhikkhus desirous of training. Having abandoned it, they live at ease, unruffled, subsisting on others’ gifts, with mind [as aloof] as a wild deer’s. (MN 66:12)

In the Dhammapada, one of the most revered and accessible of Buddhist scriptures, it says, “I do not call him a Brahman merely because he was born in the caste of holy ones, or of a Brahman mother.… But one who is free from possessions and worldly attachments—him I call a Brahman.” (XXVI:396) (The word brahman referred originally to any holy person, but now when capitalized refers to the caste of Vedic priests.) This quote makes clear that both the mental attachments and the possessions themselves are to be renounced, but Buddhist teachers in the West rarely cite such passages. Santikaro says that the Buddha never required his lay disciples to lead lives of voluntary simplicity, they just did it as a result of their deepening spiritual insight. “You see that most of the really important lay leaders in the early sangha renounced their wealth and status,” explains Santikaro. “King Pasenandi gives up his throne, the merchant banker Anathapindika gives his wealth away; Citta, the foremost dhamma speaker among the laity and Visakha, a very accomplished laywoman, do the same.”

Writings and dharma talks by North American Buddhist interpreters soothe middle-class devotees with the diminished expectations of Buddhism-lite. Mark Epstein’s Open to Desire, to pick only one recent example, says: “Renunciation need not mean a turning away from desire, but only a forsaking of the acting out that clinging creates.” Zen teacher Ed Brown once summarized this concept by saying, “It’s okay to pick something up, as long as you can put it back down again.” These simple dicta are true as far as they go, but emphasizing the importance of detachment, or nonattachment to things, as mere mental attitude, without any real-life implications, compromises the nature of the original teachings. This smoothed-out version of Buddhism gives us permission to have our lifestyle, to be wealthy—even pampered—without having to wring our hands in guilt. It requires no concrete action in the real world—except for the occasional retreat with our favorite teacher.

But it’s important to notice a few things before we rest easy in this comforting interpretation of the dharma. The first principle that should not escape our attention is the original teaching on generosity (dana). The Buddha saw poverty as a curse and wanted householders to earn enough to support themselves and their families—and to help their villages. He even gave very specific advice to Anathapindika, one of his wealthiest lay followers, on what today we call “asset allocation.” As Robert Aitken Roshi said once, “Someone has to make money so others of us can be poor.” And this is indeed the Buddhist formula for supporting monastics. It relies on a laity with enough disposable income to support the monks.

In Asia, Buddhist teachers summarize the path for laypeople as being composed of dana, sila (ethical behavior), and bhavana (spiritual development). In the West, however, the formula is recited, and emphasized, in reverse: bhavana (more specifically, “meditation,” which was the formula for monks) sila, dana. Middle-class North Americans want to become accomplished meditators, and many of us spend hundreds or even thousands of dollars each year to attend retreats and workshops in an effort to “get” enlightenment, as though it were one more accomplishment, one more thing to cross off our to-do list. We want to buy enlightenment rather than sacrifice for it.

But instead of getting, the early teachings suggest that we engage in the practice of giving. Dana is really a spiritual method. Practicing generosity helps us to overcome greed and clinging; it facilitates the realization of no-self—and it feels good. The Dhammapada says clearly:

These three ways lead to the deathless realm:
living in the truth,
not yielding to anger,
and giving, even if you have
only a little to share. (XVII:224)

The difficulties of householder life are also noted:

Renunciation of the worldly life is difficult;
difficult it is to be happy in the monastic life;
equally difficult and painful it is
to lead the householder’s life. (XXI:303)

Renunciation is difficult, yes, but as contemporary Buddhists, we have fled from this challenge and we have turned renunciation into a painless mental exercise. It’s much easier to say, “Yeah, but I’m not attached to my BMW.” That way we never have to question what could have been done with the money we spent on an upscale car, house, or vacation. Thus, we avoid the implications of simplicity, nonconsumption, and generosity enshrined in the original teachings. And few Euro-American Buddhist teachers call on their followers to set aside wealth and comfort for the practice of real, tangible renunciation and simplicity.

There are some exceptions. Ajahn Brahmavamso, an Australian Theravadin abbot, was recently teaching in the U.S. and, referring to practice, said, “You don’t have to go for the big idea, but just keep moving forward, toward greater simplicity—a smaller home, for example. Less clutter in the physical world leads to less clutter in the mind and more freedom.” As Buddhist discourse in the U.S. goes, this is a very rare sentiment.

Of course, I cannot know in any statistical sense what my Buddhist colleagues are doing with their incomes, but I have plenty of anecdotal experience. For instance, I’m on the board of a small Buddhist nonprofit called Paramita House, which helps released prison inmates reintegrate into the community. In our routine solicitations to sanghas in the region, only a few Buddhist groups have responded positively. When we ask groups why they can’t contribute, they often say, “We’re raising money for the new temple.” If they’ve built their temple, they say they need money for landscaping. If the landscaping is done, they talk about keeping a prudent reserve and, of course, once there are sufficient reserves, it’s time to fund the endowment. Some sanghas do engage in social justice commitments, but all too many spend their time fluffing up the meditation cushions, waiting for the next retreat.

Many in my own generation, the boomers, are immensely wealthy—yet we don’t feel that way. Investment firms and retirement advisors constantly challenge us with the huge amounts of money they say will be needed to fund our retirement lifestyles. So we feel we haven’t saved enough to support that eighty-six-year-old person who does not yet—and may never—exist. As Buddhism entered various cultures over the last two and a half millennia, it changed as it incorporated various spiritual traditions—the Bhramanistic and animistic traditions of South and Southeast Asia, Taoism and Confucianism in China, and the Bonpo practices of Tibet. But Santikaro points out that “As Buddhism is adapting to the West, rather than incorporating a healthy or effective spiritual tradition, it is adapting to secularism. This is unique in Buddhist history. It is being molded and changed—not by the Western monotheisms—but by pop-psychology and consumerist capitalism. Perhaps the only thing Western Buddhism is inheriting from monotheism is a tendency toward dogmatism.”

I am not asking that North American Buddhists turn into tottering Mother Teresas or throw the BMW keys to the ground and walk off into the mountain mists, but if we really took up the ideal of householder renunciation, we would become more generous—much more generous—with our time and our money and our talents. We could vow to make do with less and stop consuming needlessly. Boomers might consider the old Indo-Aryan ideal that the final decades of life ought best be devoted to simplicity and spiritual development.

Many of us will play golf in gated communities till that final trumpet sounds, but those of us who call ourselves Buddhists owe the world, and ourselves, much more. What if we turned our backs on the false security of our L.L. Bean lifestyles? What if we gave generously to the causes that stir our hearts? What if we worked hard to improve the lives of the poor and the marginalized in our own communities? That would give us what Buddhism promises, and what we’ve longed for all along—the taste of genuine freedom.

Kobai Scott Whitney is a freelance writer in Honolulu, and a student of Robert Aitken-roshi. He practiced at the San Francisco Zen Center throughout the 1970's.