Like all explorers, we are drawn to discover what’s out there without knowing yet, if we have the courage to face it.
-Pema Chödrön 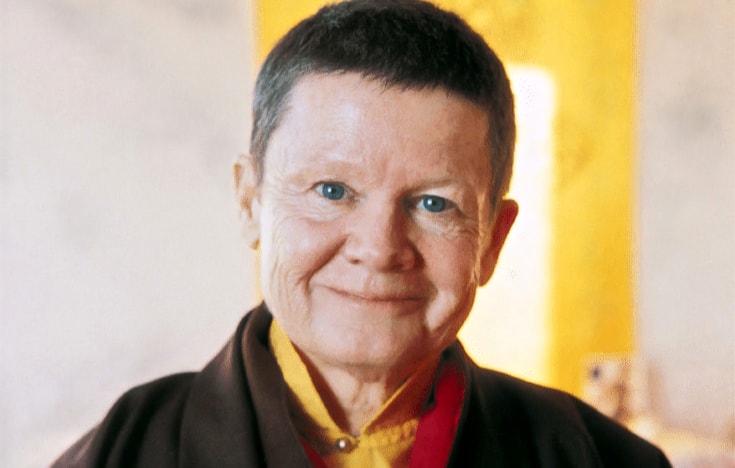 One of the most beloved of American Buddhist teachers, Pema Chödrön has devoted her life to inspiring people to awaken and has changed many lives in the process. She is the author of many influential books, such as When Things Fall Apart, Living Beautifully, and The Places that Scare You. Her writing, which explores Buddhist concepts and offers paths to conquering subjects such as suffering, fear, and difficult times, has inspired people worldwide. Lion’s Roar has published many powerful teachings authored by Pema. Read below for some of our favorites and to learn about her life and work.

The Life of Pema Chödrön 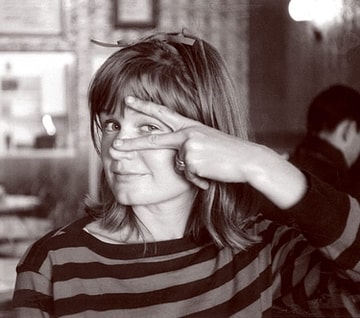 The Pema Chödrön we know today is often referred to as a “bodhisattva warrior,” but previously led a rather regular life. Pema was born Deirdre Blomfield-Brown in New York City in 1936. After what she describes as a pleasant, Catholic childhood, Pema married at the age of 21, went on to study at the University of California at Berkeley, and became an elementary school teacher. She had two children with her first husband, but divorced in her mid-twenties and remarried years later. Her second marriage came to an end when her husband revealed he was having an affair and wanted a divorce.

Pema came to explore her spirituality as an attempt to cope with the emotional trauma of her failed marriages. She cites the moment her husband revealed his affair to her as a genuine spiritual experience — a moment where time truly stood still. To cope with her pain, Pema sought various forms of therapy, tried living in an ashram, and even participated in weekend intensives in Scientology, but in the end, none of it worked. It took a year filled with fear, rage and what Pema describes as general “groundlessness” for her to begin piecing her life back together.

Her true awakening began when she came across Buddhist concepts while reading an article by the man who would become her most influential teacher, Chögyam Trungpa Rinpoche. Sparked by an interest in his Buddhist teachings, Pema went on to study with Lama Chime Rinpoche on frequent trips to London. His Holiness the Sixteenth Karmapa ordained Pema as a novice nun in England in 1974.

Pema first met Chögyam Trungpa Rinpoche in 1972 and began studying with him two years later. In 1981, Pema received full monastic ordination in Hong Kong at the request of the Sixteenth Karmapa, making her the first American in the Vajrayana tradition to become a fully ordained nun. She continued to study under Chögyam Trungpa Rinpoche until his death in 1987.

Pema served as the director of the Boulder Shambhala Center, Karma Dzong, for some time and eventually moved to Cape Breton, Nova Scotia in 1984, where she remains to this day as the spiritual director of Gampo Abbey monastery. Pema credits Gampo Abbey as being the place where she truly let go of fear and ego. She continues to help establish the monastic tradition in the West, teaching in Canada and the United States.

In 2008, Pema was featured in an interview conducted by fan Oprah Winfrey. Pema was already well known, but the conversation introduced her to an even larger cohort of new fans.

Today, Pema remains a favorite spiritual teacher, a Buddhist figure held in high regard, and a bestselling author. She continues to inspire on a global scale, teaching online and in person, and raising funds for good causes through The Pema Chödrön Foundation. 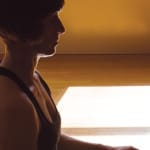 The simple act of stopping, says Pema Chödrön, is the best way to cultivate our good qualities. Here are five ways meditation makes us better people. 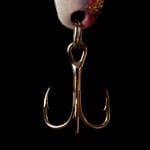 Shenpa is the urge, the hook, that triggers our habitual tendency to close down. We get hooked in that moment of tightening when we reach for relief. To get unhooked we begin by recognizing that moment of unease and learn to relax in that moment. 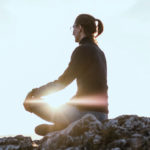 Meditation practice awakens our trust that the wisdom and compassion that we need are already within us.

Teachings on Suffering and the Self 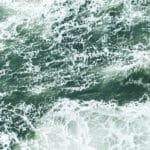 Pema Chödrön describes three ways to use our problems as the path to awakening and joy. 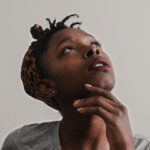 We base our lives on seeking happiness and avoiding suffering, but the best thing we can do for ourselves is to turn this whole way of thinking upside down. 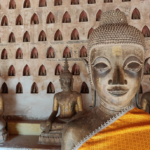 Pema Chödrön offers a bodhicitta practice for generating love and compassion for all human beings.

Teachings on Love and Compassion 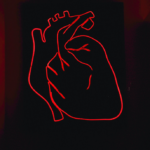 According to Pema Chödrön, love and compassion are like the weak spots in the walls of ego. 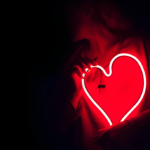 In the difficulties of your life, says Pema Chödrön, you will discover your natural love and warmth. 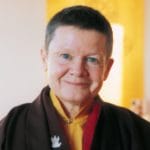 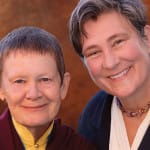 The beloved Buddhist teacher and famed singer discuss Buddhism, creativity, and "the gap." 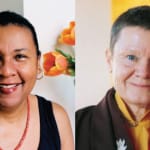 "Isn't that the kind of teaching we need these days, that difficult circumstances can be the path to liberation. That's news you can use." 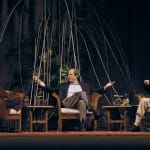 A conversation with Pema Chödrön and Jack Kornfield, moderated by Michael Krasny, about the everyday difficulties that provoke us, reveal our habitual patterns, and ultimately transform us.

For a full list of articles by and about Pema, browse through our archive. 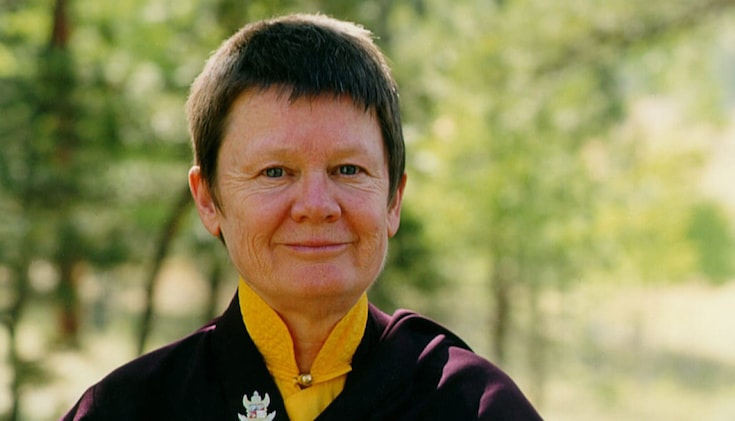 To be fully alive, fully human, and completely awake is to be continually thrown out of the nest. To live fully is to be always in no-man’s-land, to experience each moment as completely new and fresh. To live is to be willing to die over and over again.

If we learn to open our hearts, anyone, including the people who drive us crazy, can be our teacher.

When we protect ourselves so we won’t feel pain, that protection becomes like armor, like armor that imprisons the softness of the heart.

We’re here to get to know and study ourselves. The path, the way to do that, our main vehicle, is going to be meditation, and some sense of general wakefulness.

Bodhichitta is our heart—our wounded, softened heart. Right down there in the thick of things, we discover the love that will not die. This love is bodhichitta. It is gentle and warm; it is clear and sharp; it is open and spacious. The awakened heart of bodhichitta is the basic goodness of all beings.

She’s a powerful teacher—and a prolific one. There’s a Pema teaching for every stage of your life. Here are some of the best.

Difficult moments abound in life but we can meet them with confidence and grace. The key, Pema Chödrön says, is having the courage to rest in the open space of uncertainty, instead of trying to put things back together when they fall apart. This classic feels in some ways like the pep talk we all need sometimes, but there’s plenty of practicality, too, thanks to concise meditation instructions and teachings on compassion, nonaggression, and non-attachment.

This presents Pema’s 2014 commencement address at Naropa University, in which she shared tips in the “fine art of failing.” Also included is a Q&A in which Pema addresses failure and success, motherhood, why she became a nun, and more.

The Wisdom of No Escape

Drawn from talks at a one-month retreat in 1989, this bestselling book presents Pema at her upbeat best, teaching on loving-kindness, satisfaction, and the joys of committing to the Buddhist path. “Whatever life you’re in,” she says, “is a vehicle for waking up.”

No Time to Lose: A Timely Guide to the Way of the Bodhisattva

The Way of the Bodhisattva by Shantideva is a classic Mahayana Buddhist text for all those who aspire to be more fearless and compassionate. Pema reveals how its lessons apply to working with anger, developing patience and joy, and coming to terms with heartbreak and death, all in plain language and with good humor.

Karma: Finding Freedom in This Moment

Famed as a teacher, Pema nonetheless remains a student. In this audio teaching, she joins her teacher Dzigar Kongtrül Rinpoche for a discussion of karma and all the ways we might relate to it—and how karma impacts our present and future.

Be Grateful to Everyone: An In-Depth Guide to the Practice of Lojong

Pema has said that when she first encountered the lojong (“mind training”) teachings, she was struck by their presentation of life’s unwanted aspects as “raw material necessary for awakening genuine uncontrived compassion.” In this seven-hour course, she unpacks the fifty-nine lojong slogans, leading meditations and exercises to deepen our interaction with them.