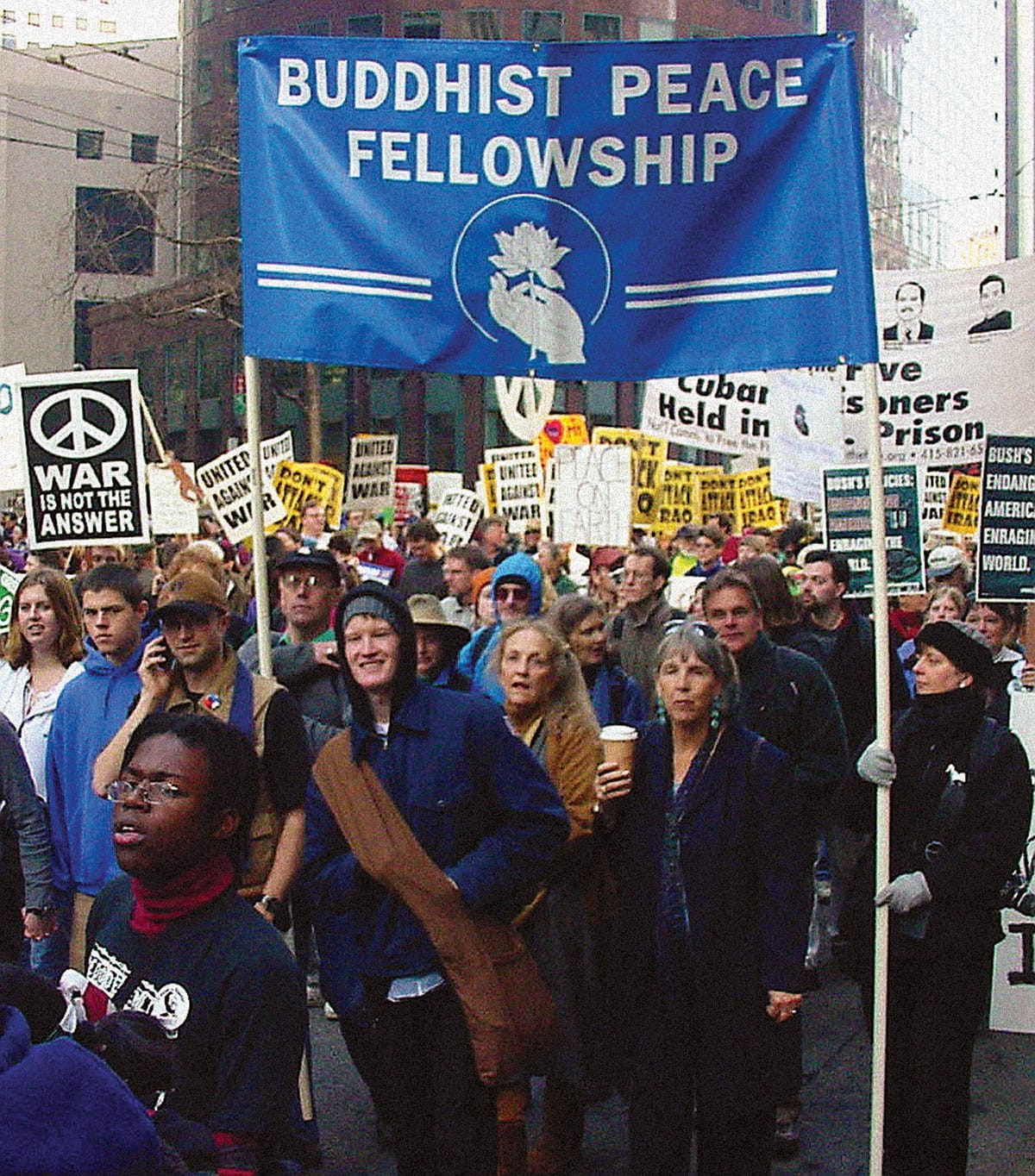 Both the Buddhist Peace Fellowship (BPF) and its board chair, Jesse Maceo Vega-Frey, turned thirty this year. “That seems old,” he says, yet it often takes thirty years for an organization to recognize where its strengths lie and “to manifest its real potential in the world.” That, he claims, is the case with BPF.

Though it’s now based in Berkeley, BPF was co-founded by Nelson Foster and Robert and Anne Aitken in 1978 at their Maui zendo. At first they had no intention of expanding the group beyond a few friends, but soon Buddhist priest Ryo Imamura joined and encouraged the involvement of Japanese-American Buddhist groups. Then the budding fellowship sent letters to various friends, asking them to get involved, and the response was encouraging. Gary Snyder, Jack Kornfield, Richard Baker, Joanna Macy, and other prominent figures all showed their support.

“From the beginning, BPF was to be ecumenically Buddhist rather than aligned with any particular tradition,” says senior advisor and former executive director Alan Senauke. In fact, “You never had to sign a contract saying that you were technically a Buddhist. Membership was open to all people who were in alignment with the principles that BPF stood for.”

At the heart of those principles was the belief that all people are connected to each other and to the earth, and that actions generated from an understanding of this interconnection would create a just and compassionate society. Over time, this took the form of peace-activist projects, such as organizing nonviolent vigils and rallies and providing GI counseling, as well as initiatives that worked with youth, prisoners, and the environment. It was all heartfelt work, but many people in the BPF community began to feel that they’d outgrown some of their programs and that the culture and structure of the organization needed fine-tuning.

In May 2007, Zenju Earthlyn Manuel was hired as the executive director in order to—as she puts it—bring the fellowship into the twenty-first century and make it more sustainable. “I came to BPF straight from six months of sitting at Tassajara Zen Mountain Center,” she says, “so I walked in under the influence of snow-capped mountains, cherry blossoms, and a rushing river in my head. Once I came out of my stupor and realized what I had agreed to do, I found the challenge daunting.”

According to Manuel, the crux of the challenge was that the world had changed since 1978 and, therefore, it wasn’t effective for BPF to continue to respond to issues in the same way. One example she gives is the Iraq war. “Around the world millions marched against it,” she says, “yet the war happened and continues to happen.” It was time for BPF to find other methods for advocating peace—ones that would have more impact.

Under Manuel’s leadership, BPF is restructuring its programs to shift the fellowship’s focus from direct service to assisting other emerging dharma and compassion-based organizations. Additionally, BPF has decided that since it is not feasible to focus on every aspect of social suffering, it will concentrate its efforts on three campaigns: International Social Engagement, One Peace, and Too Young to Do Time.

The International Social Engagement campaign involves development and human rights work aimed at aiding countries across the globe, with an emphasis on Asian Buddhist countries. Currently, BPF’s primary focus in this area is on the well-being of Burmese monastics. Recalling the brutal crackdown by the military regime during the Saffron Revolution of September, 2007, Manuel emphasizes the need to remember those who have died and to be vigilant so that history does not repeat itself. When Buddhism is attacked, says Manuel, “it impacts the practice of those who aspire to Buddhist teachings everywhere.”

The aim of the One Peace campaign is to respond to war and military occupation throughout the world, as well as to help communities in the United States that are challenged by youth violence. Over the next two years, BPF plans to host trainings and symposiums on how one cultivates compassionate action, and it will organize demonstrations, mostly through its chapters that are based across the U.S. and in a number of other countries.

The final campaign, Too Young to Do Time, focuses on the increasing number of people age seventeen and under who are being imprisoned for life. “We want to provide an avenue for donations to a defense fund,” says Manuel, “because one of the reasons why youth are ending up with these life sentences is that they don’t having enough money for proper representation.” Another Too Young to Do Time project that BPF is planning is an online healing website, in which members of the community or the family of imprisoned youth can post positive stories about them. This is based on an old African tradition of circling around someone who has just been released from prison and telling affirmative stories about that person. The purpose of the healing web, says Manuel, is to change the image of troubled youth in order for society to start seeing them for what they really are: children.

Manuel has been largely responsible for the recent strategic shifts at BPF, but the fellowship has also been undergoing a cultural transition that began before she got involved. “We are redefining our base,” Vega-Frey explains. “When we did a survey of membership a couple years ago, the vast majority of people who identified as BPF members were white, middle or upper-middle class, and in their fifties. A lot of the folks who fit into that demographic are still committed members, but we realized that in order to fulfill our mission, we were going to have to change.” Part of that change involved recognizing the need for a more diverse perspective.

Now the fellowship is headed by Manuel, an African-American woman, the majority of the board is non-white, and many members are younger and of different class backgrounds. “When an organization makes a commitment to diversify like this,” says Vega-Frey, “it brings to a head real tensions, but I think that we transitioned through that in a beautiful way. Not to say, though, that there weren’t painful conversations. It became clear the degree of institutionalized racism that existed in the organization and just how much it exists in so many organizations.”

What is unique about BPF, concludes Vega-Frey, is that the people involved have been so willing to engage in the process of making diversity work. “It’s our effort to make this an organization that can hold both difference and unity,” he says. “This is an area in which we’re succeeding, and in which a lot of us feel the next stage of organizational development is going to be powerful.”