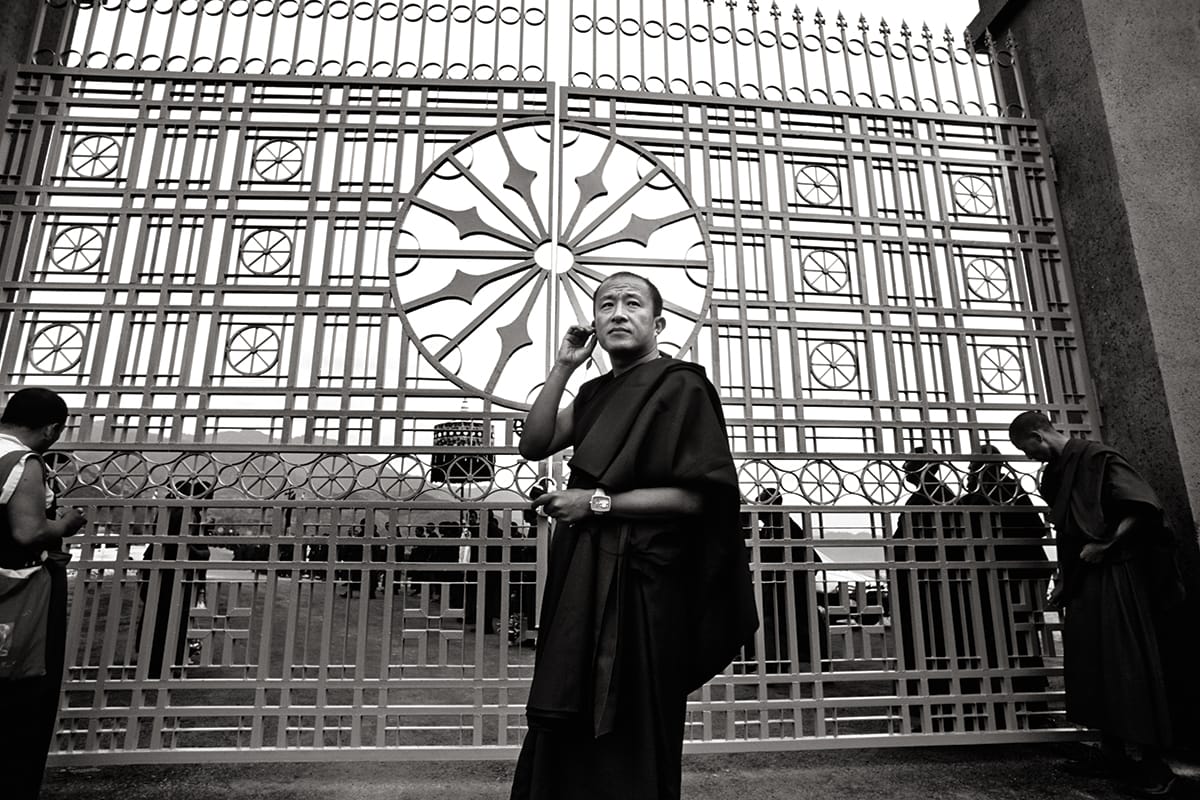 Photo by But Sou Lai.

Now, seven years later, Dzongsar Khyentse must be very happy indeed, because not only were all of the original goals met but others have been met as well. All of the foundation’s goals, however, continue to be rooted in its original mission: to support institutions and individuals engaged in Buddhist study and practice. Note that the Khyentse Foundation’s mission is distinct from the missions of Dzongsar Khyentse’s two other organizations: Siddhartha’s Intent, which focuses on organizing his teaching schedule and managing his retreat centers, and Lotus Outreach, which is dedicated to improving conditions for children, mostly in Cambodia and India.

Explaining the purpose of the Khyentse Foundation, Dzongsar Khyentse says: “In the past Buddhism flourished in places like China, India, Tibet, Japan. Much of the credit for the flourishing has to go to the practitioners, but quite a lot has to go to the patrons. If not for Ashoka in India or for some of the Chinese and Japanese emperors, Buddhism would have disappeared long ago. But now it’s modern times and there aren’t big royal families acting as patrons. Our aim as Khyentse Foundation is to take their place.”

At the inception of the foundation, Dzongsar Khyentse determined that it would promote Buddhism in five different ways: through monastic education; scholarships for Buddhist practice or study; endowed university professorships; the education of children; and the translation and publishing of Buddhist texts. He decided that an endowment fund for monastic education was the top priority.

Dzongsar Khyentse, born in 1961 in Bhutan, is considered a reincarnation of Jamyang Khyentse Wangpo, and as a result he has inherited the spiritual directorship of various shedras, or traditional Buddhist universities, in Tibet, India, and Bhutan, and he has been inspired to establish others himself. Being the spiritual director, Dzongsar Khyentse must provide for the approximately seven hundred monks living in his shedras, and in 2001, when the Khyentse Foundation was established, it cost $200 a year to feed one monk, or $140,000 to feed seven hundred. Having to constantly fundraise to cover these costs inevitably took time away from Dzongsar Khyentse’s teaching and practice. He decided it would be better to invest a large chunk of money so that the interest made off this money could then permanently support the shedras. An initial endowment of $2.8 million was required in order to reach this goal.

According to communications director Noa Jones, when she was first invited to help establish the Khyentse Foundation she felt overwhelmed by the idea of having to amass almost $3 million. “I was living the dharma-bum life,” she says. “And I just couldn’t imagine raising that much.”

Even more daunting was the prospect of collecting such a large sum without fundraising in the usual sense of the word. Rinpoche decided early on that the foundation would not produce mass mailings asking for donations or otherwise ask people for money. The idea was that the Khyenste Foundation would simply let people know what kind of work it was doing and then allow individuals to help out or not.

“I guess there is some potential that we’re not tapping every possible financial source,” says Jones. “But I feel like when the connection comes without any pressure, it’s really coming from somebody’s inspiration. They’re inspired to give rather than feeling obligated to.”

And apparently, Khyentse Foundation inspires, because in just eighteen months, Rinpoche’s students raised the required $2.8 million to provide the basic food needs for the shedras. The foundation could then concentrate on raising funds for its other projects. “Our next priority was our scholarship program,” says executive director Cangioli Che.

It was decided that practitioners of any nationality and from any Buddhist tradition who wanted to do intensive Buddhist study would be eligible for financial assistance from the Khyentse Foundation. “This scholarship fund is for Americans, Australians, Europeans, Asians, anybody,” says Che. “We are only limited by our financial resources.”

Many of the scholarships, however, go to lay Westerners because, according to Dzongsar Khyentse, so many of them have to slot in their practice around their jobs. “People tend to help the Tibetan monks and nuns,” he explains, “because of what has happened to them and because there is the sense that Tibetan Buddhism is something exotic and sexy to help.” But not many Western dharma practitioners receive financial assistance.

Establishing university chairs is another Khyentse Foundation project that is helping to promote Buddhism in both the West and beyond. In 2006, the foundation endowed a chair of Tibetan Buddhism at the University of California at Berkeley, and now the foundation is exploring opportunities to endow similar chairs at other major universities in Asia, Europe, and Australia.

At the other end of the education spectrum—the education of children, especially second-generation Buddhists—the long-term goal of the Khyentse Foundation is to establish international, nondenominational schools with curricula based on Buddhist principles. So far the Australian sangha has made great progress with its pilot project, and associates in Brazil and Germany are working with government agencies to create Buddhist courses for public school systems. But Jones would like to see the foundation do more with its education program, and she’s hoping they will eventually host a conference on Buddhists education for children.

Dzongsar Khyentse’s most pressing concern at the moment is the foundation’s publication projects, particularly those related to text preservation and translation. He says he feels anxious about addressing the issue of translation, “because within the Tibetan tradition, many texts are written in the classic Tibetan language and with the way things are going, in about thirty years there will be very few people left who can actually speak classical Tibetan.”

The Khyentse Foundation has commissioned a number of new translations. It also supports the translation projects of other groups and provides scholarships for translators in training. Perhaps most remarkably, however, is that the foundation plans to host a landmark translators’ conference, Translating the Words of the Buddha, in Bir, India, in March. Some of the objectives of this conference are to discuss ways to facilitate collaboration among translators and to identify priority texts for translation.

Che is very pleased so far about the work the Khyentse Foundation has done in all five of the areas originally identified by Dzongsar Khyentse. “The need is just so huge,” she says. “Not everything that we want to do can be achieved within our lifetimes, but it is a start. It is the beginning of a very long-term effort.”