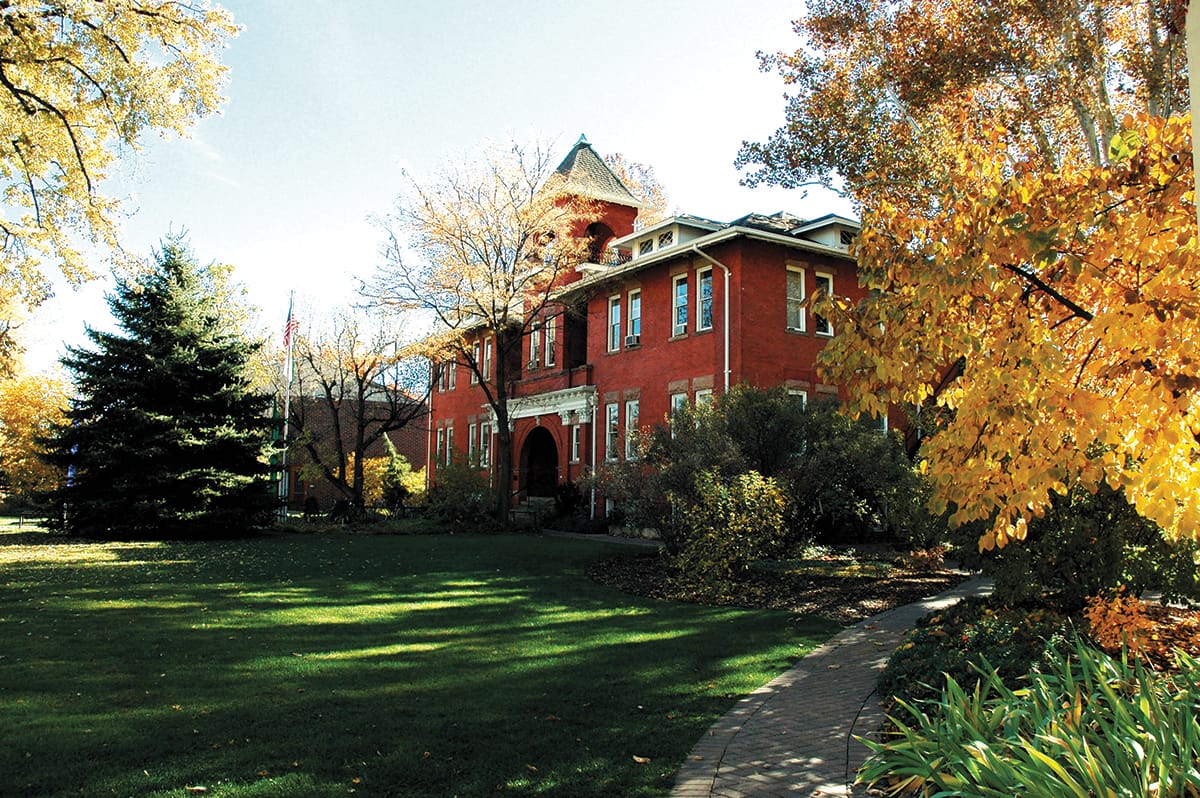 When the Naropa Institute in Boulder, Colorado, offered its first summer program in 1974, no one expected more than a few hundred people to register. But when Barbara Dilley arrived there to teach dance, she found 1,300 people eager to listen to talks by spiritual teachers such as Chögyam Trungpa, Ram Dass, and Kobun Chino, as well as poets and artists such as Allen Ginsberg, Anne Waldman, and John Cage.

That first encounter with Naropa, the brainchild of Chögyam Trungpa, was an eye-opener for Dilley, who had been a longtime member of the Merce Cunningham dance company in New York. “I felt something happening,” she says. “I was particularly caught by Trungpa Rinpoche’s teaching and the atmosphere around him and the other people there.”

Forty years later, the Naropa Institute is now Naropa University, a fully accredited school with both undergraduate and graduate degree programs and a formal focus on contemplative education. Dilley, who went on to lead the university for much of the 1980s and still teaches in the dance department, says Chögyam Trungpa’s vision of education for an enlightened society inspired her. “I had two thoughts,” she says. “I wanted to learn how to teach from a master teacher, and I wanted to figure out what to teach the next generation of dance artists. I’ve been here ever since.”

Dilley’s lifelong commitment is shared among Naropa’s faculty, many of whom have been there since the early days. As fortieth-anniversary celebrations get underway with a series of talks, conferences, and special performances, Naropa and those who have shared in its journey are taking stock.

What sets Naropa apart from its peers in liberal arts education, says university president Charles Lief, is the incorporation by faculty of contemplative practices and methods within each class offered. “It’s bringing first-person inquiry into the classroom,” he says.

In the 1970s, first-person learning—in which students develop mindfulness and bring it into the learning process—was decidedly outside of the academic mainstream, Lief says. These days, however, Naropa finds itself ahead of the curve.

But the centerpiece of Naropa’s academic programming is the graduate school of psychology, which, according to the director, MacAndrew Jack, accounts for nearly 45 percent of Naropa’s student body of about one thousand. Its divisions include a degree in contemplative psychotherapy that calls for students to spend two weeks on | retreat each semester and engage in at | least five hours of meditation per week, g But there’s no requirement to be Budidhist, says Jack. “We’re simply studying what Buddhism has to say about the mind and psychology.”

A somatic counseling psychology program incorporates body psychotherapy and dance/movement therapy, while the transpersonal counselling psychology program includes wilderness-therapy and art-therapy concentrations. “All three are differentiated from other programs in the country that draw from Buddhism in that they are experimental and practice-based,” Jack says. “The contemplative education model is very integrated in that way.”

When it comes to incorporating mindfulness and other elements of the contemplative tradition into mainstream psychology, there has been a sea change in the past ten to fifteen years, says Jack, who recalls his own dissertation advisor warning against exploring mindfulness as a research topic because it wasn’t considered serious. “Now, it’s hot,” he says. Even the U.S. military is exploring mindfulness and other contemplative practices as ways to help soldiers manage their stress on and off the battlefield, he notes.
New initiatives at Naropa include a gap-year program that would allow freshmen to earn credit while doing service learning in India or South America, as well as a collaboration with the Royal University of Bhutan to create a semester-long study-abroad opportunity. In addition, “There’s a lot of interest in how people can use what they learn at Naropa as a lever for work in the areas of economic and social justice,” says Lief. “It will draw from our approach to authentic leadership and nonprofit entrepreneurship. I think Naropa’s going to bring something unique to that space.”

Colleges and universities around the country are increasingly incorporating contemplative education into their curricula; two years ago, the University of Virginia received a $12 million gift to establish a Contemplative Sciences Center. Meanwhile, tech corporations such as Google and Apple promote mindfulness at work, hoping to foster conscious leadership among their executives. “One of the real challenges in the mindfulness world right now,” Lief says, “is that it frankly can look like just another management tool.” But at Naropa, a contemplative approach is much more than that. Says Lief, “It’s baked into the curriculum.”