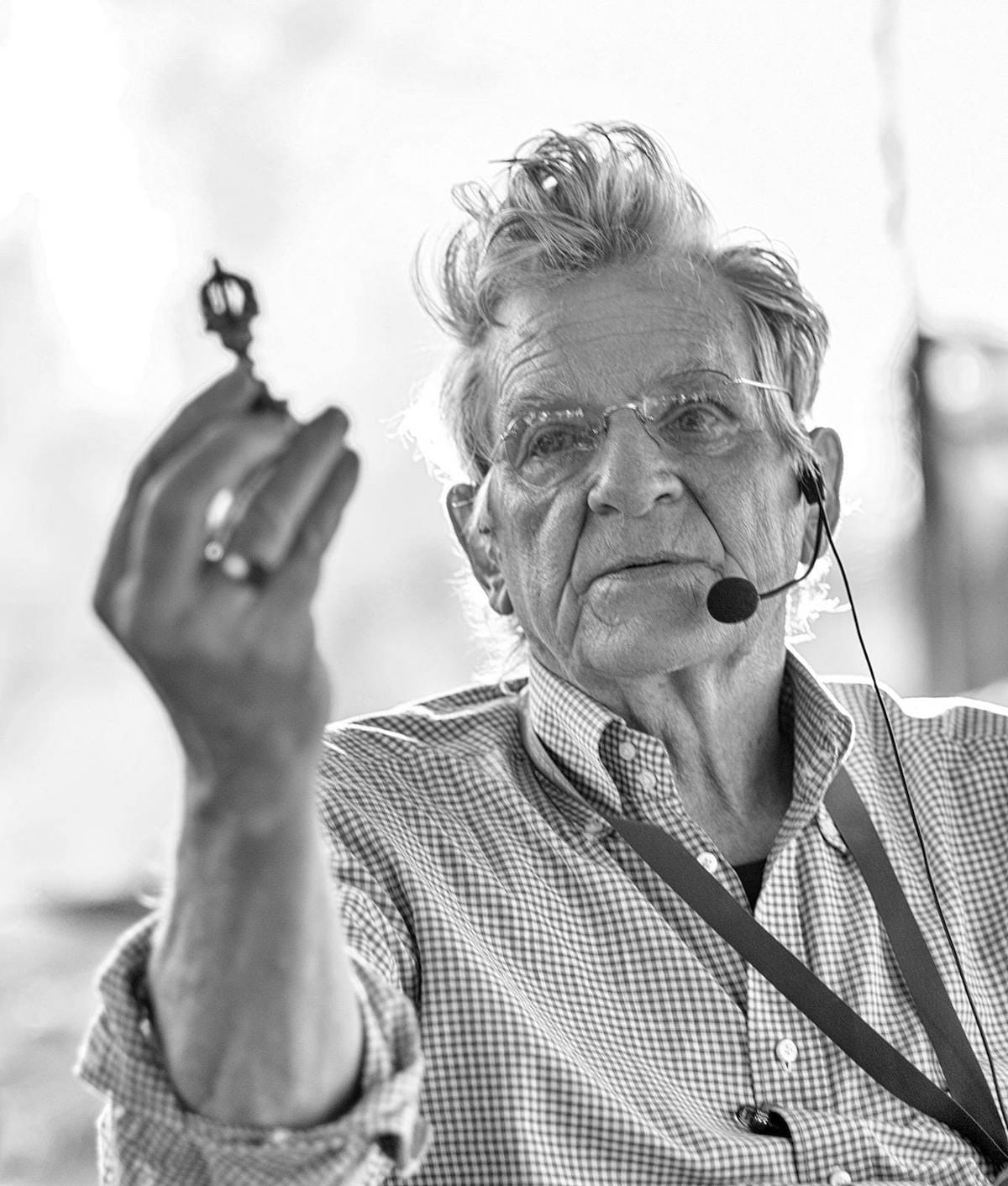 In 1979, the Dalai Lama suggested to Buddhist scholar Robert Thurman and a couple of others that a Tibetan cultural center be founded on American soil. It wasn’t until 1986, however, that his idea got off the ground. That’s when actor Richard Gere showed up at Thurman’s house in the Catskills and said, “I know you haven’t been able to get too much done, but now you’re in gear.”

“He made that joke,” says Thurman, who today is the president of Tibet House in New York City. And the joke was apt. “Richard was seminal,” Thurman continues. “I consider him a co-founder.”

Gere originally agreed to help out for two years, but it ended up being five. Tibet House’s most notable success during that time was spearheading the International Year of Tibet, which took place in 1991. It became a movement celebrated in more than thirty-six countries with more than seven thousand events large and small, and it culminated with the Dalai Lama making a visit to New York City. The year of Tibet, however, took a financial toll on the still fledging nonprofit. So when Gere resigned in order to dedicate himself to the Tibetan political situation, Thurman wondered if he shouldn’t move on to politics as well.

“I was intimidated,” says Thurman, who went to the Dalai Lama for advice. “I couldn’t imagine running Tibet House on my own.”

But the Dalai Lama advised him to stick it out.

“Come on, your Holiness,” Thurman reports saying. “How? I’m neither rich nor famous.”

“You’re going to manage,” was the answer.

And manage he did, yet not without obstacles.

Ganden Thurman, Robert Thurman’s son, is now the executive director of Tibet House. He says one of their biggest challenges is the fact that culture is a low priority for most people. “Think of a burning building,” he says. “First you get your grandma and kids out. Then you go in for the Picasso.” For most people, he explains, the Tibet situation is similarly prioritized.

“Personal satisfaction through practicing Buddhism is No. 1 in most people’s minds,” says Ganden. “So they go to dharma groups, and those dharma groups have their needs. The next most important thing in people’s minds is political activism and then it’s refugee issues and ameliorating the destitution of the Tibetan people within China, which is extreme. Then finally the cultural stuff becomes kind of important for the ‘Tibetophiles.’ So it’s hard for us not to compete with starving old ladies and that’s something we don’t want to do. We have to be scrappy finding ways to fund this organization.”

China’s political and economic clout is another hurdle for Tibet House. No major brand and even certain nonprofits shy away from working with them because they don’t want to anger the Chinese. “They say being pro-Tibet is being anti-China,” says Ganden, “and no one wants to be anti-China—that’s racist. But we’re not trying to make some odious comparisons about Tibetans being better than this or worse than that. We’re just presenting Tibetan culture.”

Tibet House is particularly keen to present Tibetan culture to audiences that are not familiar with it, so they strive to share those elements of the culture that will appeal to the public at large. “Traditional Tibetan footwear might be a passing fancy of ours,” explains Ganden, “but it’s not ever going to be a major focus. It’s just not that useful.” Buddhism, on the other hand, is one of Tibet’s most interesting exports, he says, “because inquiries into the function of the brain and whether there is such thing as a self are as germane today in the West as they were centuries ago in the Himalayas.

Tibet House offers workshops and lectures on Buddhism as well as meditation classes, however it is not a dharma center. If it were, organizers say they might feel limited to working with just one lineage and it’s important to their mission that they’re able work with all Tibetan groups. “We’re a gateway or hub,” says Ganden. “We talk about Tibetan Buddhist traditions but we are not any of them ourselves. We direct people to other organizations.”

Preserving Tibetan artifacts is another key function of Tibet House. In 1992, they initiated their old Tibet photo archive when they received through donation the photographic collection and journal writings of missionary Marion Grant Griebenow, Sr. Also since 1992, they’ve been collecting and holding in trust donated art and cultural artifacts with the hope that they’ll one day be able to give them to a national museum in an autonomous Tibet. This growing repatriation collection contains more than six hundred items dating from the thirteenth to the twentieth centuries. Various pieces are displayed at Tibet House and are also available for traveling exhibitions.

Tibet House’s exhibitions are not limited to Tibetan antiquities. They also show work by non-Tibetan artists dealing with Tibetan themes, as well as all stripes of modern Tibetan artists. Some contemporary Tibetans create art in the rich traditional style, while others play with the old ways—giving thangkas, for instance, an unexpected, contemporary flavor. Still other Tibetans who feel frustrated by expectations that they create traditional Tibetan art have branched out entirely from their roots. Tibet House strives to support all of these types of artists.

Regarding Tibet House itself, there are changes that Robert Thurman would like to see. He’d like the work they’ve been doing made permanent. “Of course,” he says, “we realize everything is impermanent—that’s what the Buddha taught. But by permanent we mean we want Tibet House to be an endowed institution that will always represent Tibetan culture in America.”

In an effort to create an income base, Tibet House has founded Menla Mountain Retreat in the Catskills. The idea is that this center, with its spa-like atmosphere, will help disseminate Tibetan healing arts and sciences, and that it will be Tibetan doctors, massage therapists, and healers who will work there.

Robert Thurman’s other hopes for the future include a network of Tibet Houses. The original Tibet House is based in Delhi—and now there are others in Mexico City, Barcelona, and Frankfurt. But these Tibet Houses have little connection to each other. In fact, the Tibet House in Delhi took twenty years to recognize the one in New York. “They were worried there would be Tibet Houses everywhere and that they wouldn’t be authentic—that they’d have restaurants or antique shops,” explains Thurman. “They finally realized we were behaving in the same sensible way they did.” He adds that he hopes to one day open an additional American Tibet House on the West Coast.

“There’s no Tibetan embassy in the United States because it’s not allowed to exist,” says Thurman. “But Tibetans can have a cultural embassy and, in a way, that’s a representation of the people—not the government, but the people.

“That’s my inspiration,” he concludes, “not turning my back on the existence of the Tibetans.”