In the current issue of Lion’s Roar magazine, we look at academic research on reincarnation at the University of Virginia. How does that research compare to the Buddhist views? We break it down. 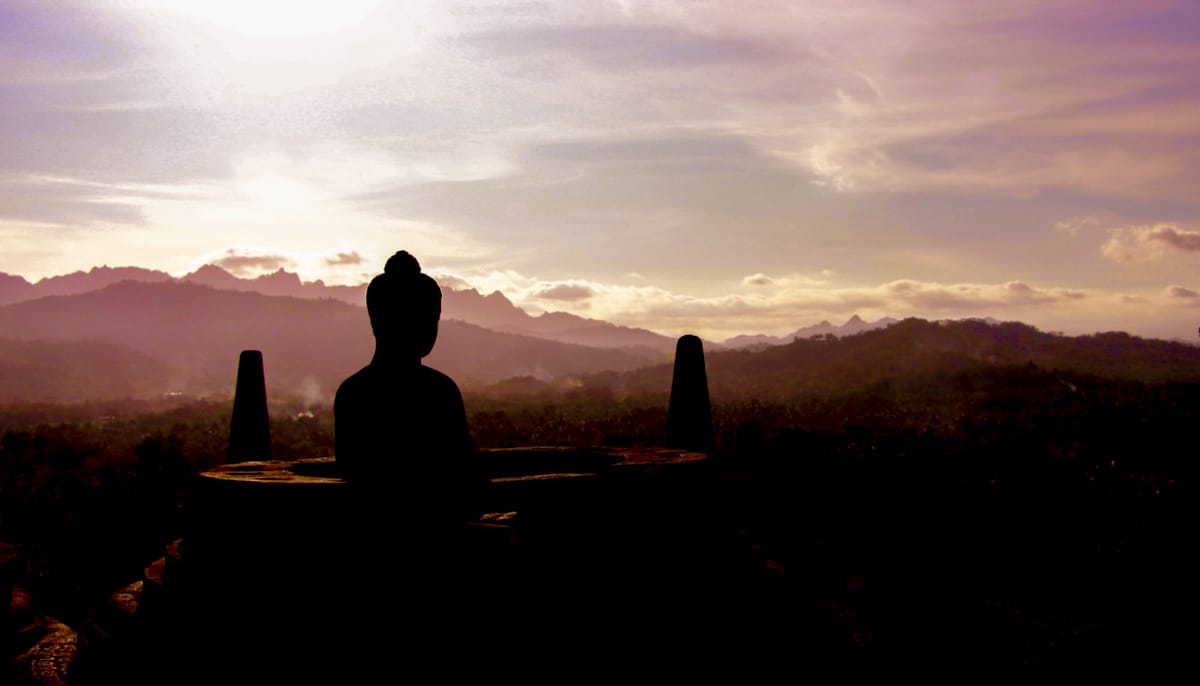 What happens after you die?

Traditionally, that question has been the province of religion. But, increasingly, academic researchers are trying to divine the answer using the scientific method.

Most Buddhist traditions say the answer to that maybe-unanswerable question is rebirth.

Some say the Buddha discussed rebirth out of convenience, because it was already a widely held belief in ancient India. But in his new book, Rebirth in Early Buddhism & Current Research, reviewed in the Summer 2018 issue of Buddhadharma, Buddhist monk and scholar Bhikkhu Analayo disagrees. Reincarnation was the subject of fierce debate in ancient India, and many of the Buddha’s contemporaries denied the idea. No less, according to the earliest Buddhist scriptures, the Buddha spoke at length about rebirth. According to the Brahmajala-sutta, the denial of rebirth actually qualifies as a “wrong view.”

At the same time, the Buddha — along with many contemporary teachers — have said that Buddhists needn’t, or maybe shouldn’t, dwell on the idea of past and future lives. And there is no unified understanding of rebirth from one life to another in Buddhism. Indeed, many contemporary Buddhists assert that we almost certainly can’t know anything about rebirth.

In the May 2018 issue of Lion’s Roar, I wrote about the contemporary study of reincarnation, led by psychiatrist Jim Tucker at the University of Virginia’s Division of Perceptual Studies. Tucker isn’t concerned with spirituality. He uses rigorous scientific methods to investigate cases in which children seem to recall past lives, and — as I report in my article — he has found some remarkable examples.

Even more remarkable than the individual cases, though, are the insights that can be gleaned when the cases are examined en masse. Tucker and his colleagues have collected thousands of cases and coded them into a computer database for statistical analysis, and they’ve started to draw some fascinating conclusions.

It might be amiss to think that the Buddhist view can or should affirm the Western academic view, or vice versa. There’s also an important distinction between the two. Tucker’s team focuses on reincarnation, which generally implies the existence of a soul that transmigrates from body to body. The Buddhist view of “non-self” rejects the existence of an essential soul, instead positing that we are an ever-changing collection of phenomena that create the illusion of a self. (For more, see our collection of Buddhist teachings on the concept of rebirth.)

In general, there isn’t much of a unified Buddhist view on rebirth. Many Buddhists decline to engage any discussion on the subject. And, as of yet, reincarnation research has yielded some interesting evidence but hasn’t produced any proof or solid theory of reincarnation. I like to compare the two purely as food for thought. Personally, I find that it challenges my ideas about rationality and the mind.

So, in the spirit of good fun, here are a few ways that the research and the teachings agree and disagree.

1. Attributes Passing to the Next Life

The main phenomenon studied in reincarnation research is mental or physical attributes passing from one life to another.

Most commonly, these are memories. The interview subjects find a young child who is describing things they couldn’t have experienced, which took place before they were born. The researchers tend to take on cases in which they expect they might be able to uncover a “previous personality” (PP). Along with memories, the researchers also look at physical attributes — like birthmarks or birth defects — and behaviors that seem like they could be connected to the PP. There are many cases in which a child has a birthmark the size and shape of a gunshot wound (sometimes they even have a second, larger birthmark matching an exit wound) that correspond precisely to a fatal gunshot wound on the PP. In some cases, the autopsy report confirms that the location of the wound matches the location of the birthmark. Often, the children exhibit signs of PTSD, despite having no reported trauma in this life. More than half of children whose PP purportedly died of drowning are scared of water. More rarely, there are cases in which a subject knows a foreign language or has other skills purportedly learned in a past life.

To find a Buddhist corollary, we need look no further than the story of the Buddha. He was said to have remembered all of his past lives the night before he attained enlightenment. He was also said to be marked with 32 physical (and fantastical) characteristics accrued during past lives. And, there is a story that when the Buddha went to school as a boy, he understood many foreign scripts that even his teacher didn’t know, learned in past lives.

Such stories continue today in the Tibetan tradition of tulkus, reincarnate lamas, who are often identified by their ability to recognize objects belonging to their predecessor.

The researchers also take into account seemingly supernatural predictions or dreams that correspond to seeming cases of reincarnation. The dreams, most often had by the mother, involved a figure coming to them and asking to be their child. In the case of the Buddha, his mother reportedly had a dream in which an elephant came to her and entered her womb. In the tulku system, Buddhist lamas give predictions about the circumstances of their reincarnation’s birth.

Karma is a very tricky notion, subject to lively debate among Buddhists. Karma does not suggest that “what goes around comes around,” as per the pop culture interpretation. It would be a mistake to think karma means that our circumstances are the direct result of our past actions. Buddhist scholars acknowledge that our circumstances are the result of many factors, including — but not limited to — our “karma.”

Karma refers to the fact that our actions have effects. These effects are generally indecipherable, and may not develop immediately. It could take years or — if you believe in it — lifetimes for karmic consequences to flower.

The Dalai Lama has gone a step further, writing that if you want a “favorable rebirth as a human being… simply to live a virtuous life is seen as sufficient.”

Amazingly, statistical analytics by reincarnation researchers has suggested that what the Dalai Lama says may be true.

When Tucker’s team investigates a case, they grade the PP’s personality on a few variables: “Was PP saintly? Was PP a criminal? Did PP commit moral transgressions? Was PP philanthropic or generous? And was PP active in religious observance?”

As we look at the more complicated manifestations of karma, we can find other interesting trends in Tucker’s research. For instance, Tucker speculates that we deal with unresolved issues from our current life in future lives. A person who hoards wealth might find themselves poor in the next life. This parallels the Buddhist concept of “realms,” states of existence that we can be born into or experience from moment to moment. Like Tucker’s description, it’s said that our habits in one lifetime determine what realm we’re born into in the next.

But Tucker observes that habits can also persist from one life to another. In the cases his team has collected there is a statistically significant correlation between personality traits in a person and those same traits in their reincarnation: a religious person was likely to have a religious reincarnation; a philanthropic person, a philanthropic reincarnation; a meditator, a meditative reincarnation. The subjects also retain the same gender 90% of the time. In the Buddhist view of rebirth, it is taught that habits — such as these — are mostly what carries from one life to the next.

The Dalai Lama says that a person’s ability to remember a past life is dependent on their “capacity for retention.” The younger and more suddenly someone dies, the more likely they will be to carry memories and behaviors into the next life.

“Dying young increases the likelihood that a child will later report memories of your life,” writes Tucker.

Furthermore, when a previous personality died of natural causes, the child is much less likely to remember the way they died.

Those memories are more likely to be remembered at a young age, says the Dalai Lama, because the characteristics of the previous personality are overwritten by the experiences of the present personality. In Tucker’s research, most children start talking about a previous life around the time they begin to talk and stop talking about it by age seven. By the time they’re a teenager, they might deny ever having remembered a past life.

The Dalai Lama also says that meditation will helps carry memories onward. While Tucker says he can find no indication of this in his research, the data does suggest that the more someone meditated in their past life the more likely they were to recall experiences from in between lives.

Which brings us to…

Some schools of Buddhism discuss the time between lives, called the bardo, at length. Most famously, the Tibetan Book of the Dead describes the experience of the bardo in great detail. Tucker’s research contradicts the Tibetan Buddhist belief that a person spends 49 days in the bardo before conception — though that figure is sometimes thought to refer to figurative “days,” and not Earth days. Some schools of Buddhism say there is effectively no time between lives. Others don’t specify.

Why talk about seemingly superstitious ideas like this? Buddhists like to talk about rebirth and its related ideas — like karma, realms, and bardo — because they’re not only experiences that take place from lifetime to lifetime. Regardless of birth and death, Buddhism teaches that these are all phenomena constantly occur from moment to moment. In each instant, the elements that make up this human body disintegrate and reform in a miraculous, continuous rebirth so persistent that it convinces us we are real, permanent individuals. In any moment, we can be reborn in a new realm, or lost in a groundless state of bardo.

See also: Do I have to believe in rebirth to be a Buddhist?

Many Buddhist teachers discourage us from getting too preoccupied with the notion of rebirth from lifetime to lifetime. While it makes a fascinating scientific study, when it comes to spiritual practice, it can easily become a fruitless distraction. Chögyam Trungpa Rinpoche once wrote,

“Many ordinary people have had experiences that they feel confirm the existence of reincarnation. In England I knew a Catholic family whose daughter died in an accident. They had another daughter a few years later. One day the second daughter was crossing the road with her father, and suddenly she said: “I don’t want to cross this road. This is where the accident happened last time, isn’t it, Daddy?” And indeed, it was where the accident had occurred. Similar things have happened to a lot of people, but I don’t want to speculate about that or try to make people believe this. The main point is that consciousness continues all the time. It can’t be destroyed. Whether we are asleep or we are unconscious, consciousness continues, all the time.”

Having said that, if you want to learn more, enjoy some further reading on rebirth and reincarnation: