Guy Armstrong reviews Rebirth in Early Buddhism and Current Research by Bhikkhu Analayo. An advance look at the Summer 2018 issue of Buddhadharma: The Practitioner’s Quarterly. 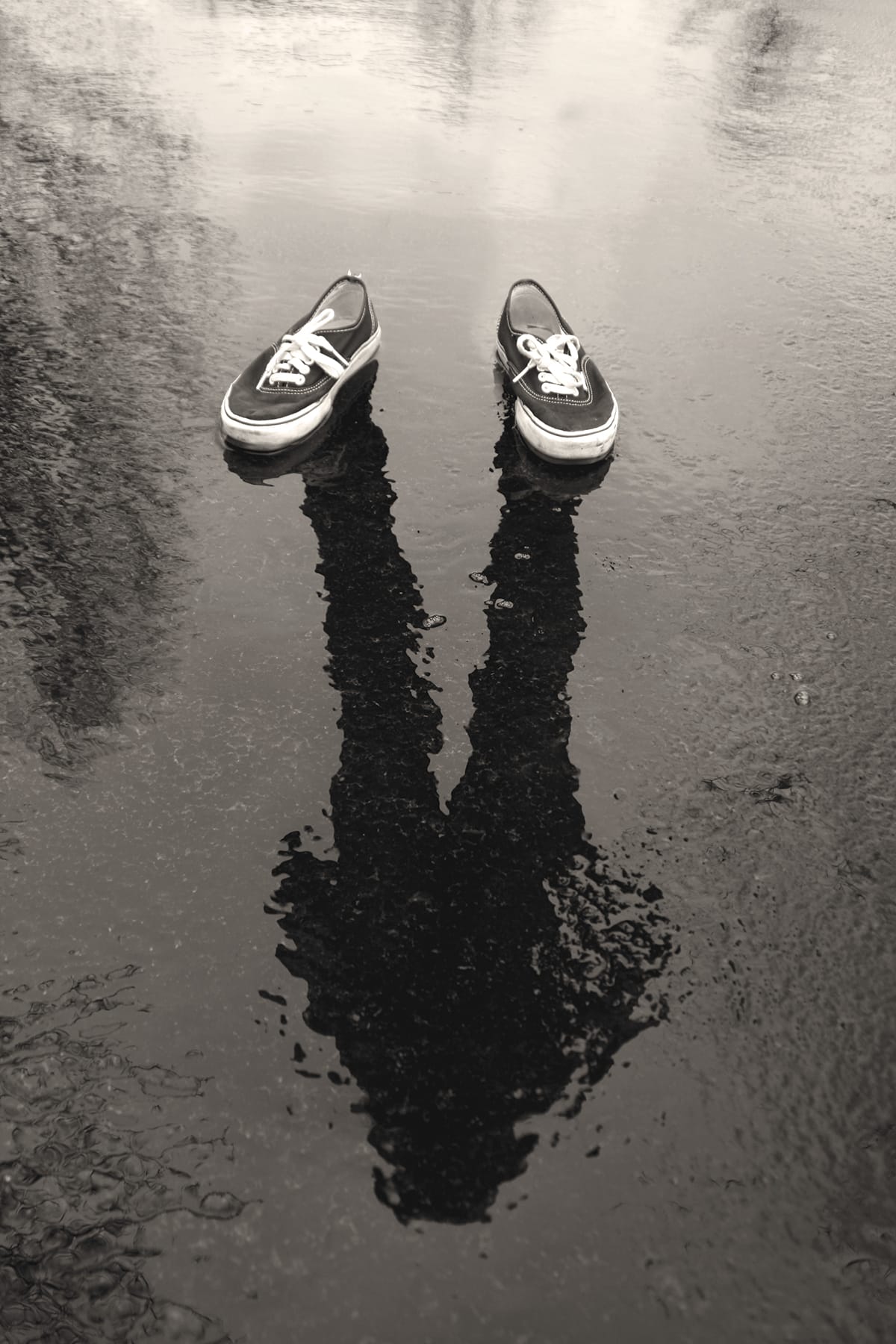 Photo by Jessica May Rita Kohut.

What happens when we die? This question has vexed us humans for as long as we’ve been able to conceive of a future. Opinions abound. The materialist believes nothing happens; everything simply ends. The eternalist believes we will all have everlasting existence in either eternal joy or misery. The agnostic says we can’t know, so it’s not worth thinking about. Some Buddhists believe we will be reborn, and that the circumstances of one’s rebirth are influenced by past actions. These stances are often strongly held even though, if pressed, those who hold them will admit they don’t actually know.

In Rebirth in Early Buddhism and Current Research, Bhikkhu Analayo, author of the highly regarded book Satipatthana: The Direct Path to Realization, approaches this question from multiple perspectives, examining the tenet of rebirth through early discourses of the Buddha, historical debates, accounts of near-death experiences, and modern research. Although Analayo is a deeply committed practitioner and scholar in the tradition of early Buddhism, this is no polemical tract. He writes early on that, while he is sympathetic to the idea of rebirth, “for me personally rebirth is not a crucial issue.”
Analayo’s goal is not to persuade but rather to understand “things as they really are.” As such, he writes in the balanced, dispassionate style of an academic who expects to be challenged on any statement not supported by facts. Yet Analayo does not shy away from controversy, taking up an array of viewpoints on the issue and thoughtfully considering each. This alone makes the book a refreshing approach to a topic often muddied by polarizing opinions.

Rebirth in the Buddha’s Teachings

In Buddhist countries such as Sri Lanka, Burma, and Thailand, the idea of rebirth is almost universally accepted. But in the West, practitioners are more apt to question tradition and approach foundational teachings with skepticism. Today many Buddhist teachers deny that the Buddha even taught rebirth, arguing that the numerous references to the concept in the early discourses were a later addition. Others claim the Buddha taught rebirth only to conform to the pervasive cultural belief of his day. Analayo begins his investigation by examining these ideas in light of the Buddha’s teachings on rebirth as found in the Pali Nikayas and Chinese Agamas, his sourcebooks for early Buddhism. In so doing, he contends that teachings on rebirth are integrated so fully into the early discourses that they could not have been interpolated later. The Buddha spoke of his recollection of past lives not as a speculative theory but as a truth he realized on the night of his awakening and as an insight available to anyone who trains in the required meditative discipline.

Rebirth was so central to the Buddha’s message that it was part of the standard formula for right view.

Analayo begins by analyzing the role of rebirth in the chain of causal links of dependent arising (paticca samupada), which describes in detail the genesis of suffering. He focuses especially on the link between consciousness and name-and-form. Here “consciousness” refers to the mind’s capacity to have any experience at all, while “name” is the mental capacity for naming elements of sense experience, and “form” refers to the physical body. In one discourse the Buddha asks Ananda, “If consciousness did not enter the mother’s womb, would there be name-and-form?” And Ananda replies, “No.” In other words, the Buddha taught that consciousness, continuing from the previous life, meets with a newly forming embryo in order to make possible the body (form) and cognitive process (name) of the new being.

In the materialist view, a rebirth doctrine would imply a mind-body dualism, which would be unacceptable. As Analayo shows, however, the Buddha’s understanding of the mind-body relationship is more nuanced than either a strictly unitary or strictly dualistic view would permit. The Buddha spoke of the mutual dependency between consciousness and name-and-form, comparing them to two sheaves of reeds leaning against one another. Consciousness, a fundamental aspect of mind, may be somewhat separate from body, but the cognitive process (name) is so closely tied to the body (form) as to be described as just one factor. The Tibetan Wheel of Life painting illustrates this link as two people sharing one boat.

In examining the relationship between consciousness and name-and-form, Analayo in effect refutes the materialist view, widely held in the West, which asserts that mind is simply a byproduct of the functioning of the body that ends completely at death. This belief was also common at the time of the Buddha, who in a list of wrong views in the Brahmajala Sutta called it “annihilationist.” The fact that the Buddha felt compelled to address the annihilationist view refutes the notion that rebirth was universally accepted in ancient India.

Analayo also rejects the assertion that teachings on rebirth were merely acquiescence to a popular cultural belief of the time, pointing out that it was so central to the Buddha’s message that it was part of the standard formula for right view, the first factor of the eightfold path. The Buddha told his disciples that he taught only what he considered essential to awakening: a “handful of leaves” rather than the entire forest he had come to know. If the concept of rebirth were not essential in some way, why would it have been such a prominent part of that handful? Analayo points to its centrality in the Buddha’s description of samsara, the endless cycle of birth and death, with all its attendant suffering. This has provided a compelling motivation for generations of practitioners to dedicate themselves to the goal of full awakening.

Children Who Remember Past Lives

A particularly intriguing section of the book details numerous stories of young children who recounted what they described as memories of previous lives. Such recollections often include precise, verifiable details the children could have no possible way of knowing. Researchers, including Dr. Ian Stevenson at the University of Virginia, have collected thousands of accounts and, when possible, investigated them to assess their accuracy.

A proponent of rebirth might even argue that these stories represent more evidence than materialists have been able to gather in support of their view.

A three-year-old boy in Lebanon recalled having been killed in battle in his former life. He accurately reported how much money the person he had been had in his pockets at the time of his death and identified various personal articles when taken to that person’s home. A two-year-old boy in Turkey claimed he had frozen to death after an airplane crash in his previous life. The person’s family believed the man had died instantly in the crash, but when consulted, a Turkish Airlines official confirmed the man had indeed died from freezing. A two-year-old girl in Thailand remembered living in a monastery in her previous life. When taken there, she knew her way around, recognized a number of monastics, and even detailed what had changed about the buildings in the time since she had lived there. In many such cases, the location of a birthmark on the child’s body is said to correlate with an injury sustained at the time of death in a prior life.

Analayo concludes that “fraud as an explanation for all of them can be safely discarded,” adding that “the body of evidence collected … offers considerable support for the assumption that at least some of these cases do reflect genuine memories of the past.” A proponent of rebirth might even argue that these stories represent more evidence than materialists have been able to gather in support of their view. 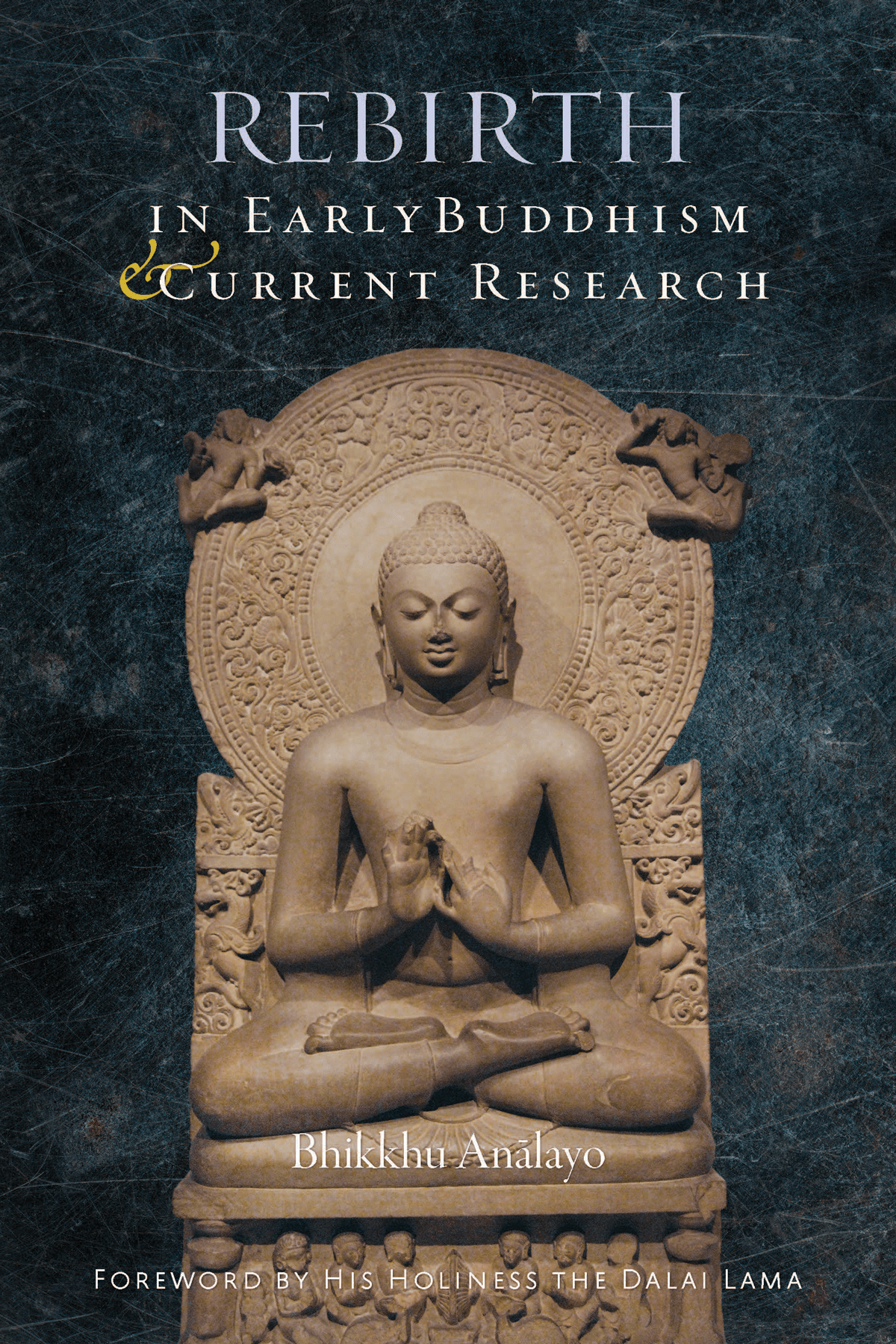 The most compelling of the children’s stories is that of Dhammaruwan, a Sri Lankan boy born in 1968. At the age of two, he spontaneously began to sit in meditation and chant for long stretches of time. Eventually someone realized he was chanting Buddhist discourses in Pali, but in a melody and meter more akin to devotional kirtan than to the monotone cadences favored today. The boy explained he had learned the chants in a previous life in India when he served as a reciter monk, one who memorizes sections of the Pali Canon. He said he studied under the renowned monk Buddhaghosa in the fifth century and moved with him to Sri Lanka, where the elder carried out his work of compiling and translating many commentaries, including the Visuddhimagga.

Dhammaruwan’s chants were recorded and circulated, making him famous in Sri Lanka, uncomfortably so for a shy child. By adulthood he had lost the memories of the chants but was still able to recall his impressions of Buddhaghosa, whom he described as a scholar but not a meditator. While the fifth century may be too distant to verify Dhammaruwan’s recollections, Analayo goes to great lengths to analyze the chants themselves to determine whether the child could have learned them by overhearing them in this life. The book includes an exhaustive comparison of the discourses chanted by the child with four different editions of the Pali texts (from Sri Lanka, Burma, Thailand, and London), establishing that Dhammaruwan’s versions of the texts are not found in any modern source. Therefore, Analyo concludes, the boy had no way of learning them in his current lifetime.

Dhammaruwan is now living as a monk in Sri Lanka under the name Samadhikusala. He was ordained by Bhante Gunaratana, whose foreword provides a lovely introduction to the child and the man. Two old recordings of his chants are available for streaming on Wisdom Publications’ website at www.wisdompubs.org/rebirth-early-buddhism.

Buddhism has gained a foothold in the West amid a set of cultural assumptions strongly influenced by both science and Christianity, so it is only natural that the notion of rebirth would not immediately resonate for many practitioners. Yet the doctrine is such an integral part of the Buddha’s teachings that, in the spirit of open-minded inquiry that is a hallmark of the scientific approach, it deserves serious consideration. The rational presentation in Bhikkhu Anālayo’s book is well-suited to this task.