Sean Feit Oakes offers a post-election reminder to us all. 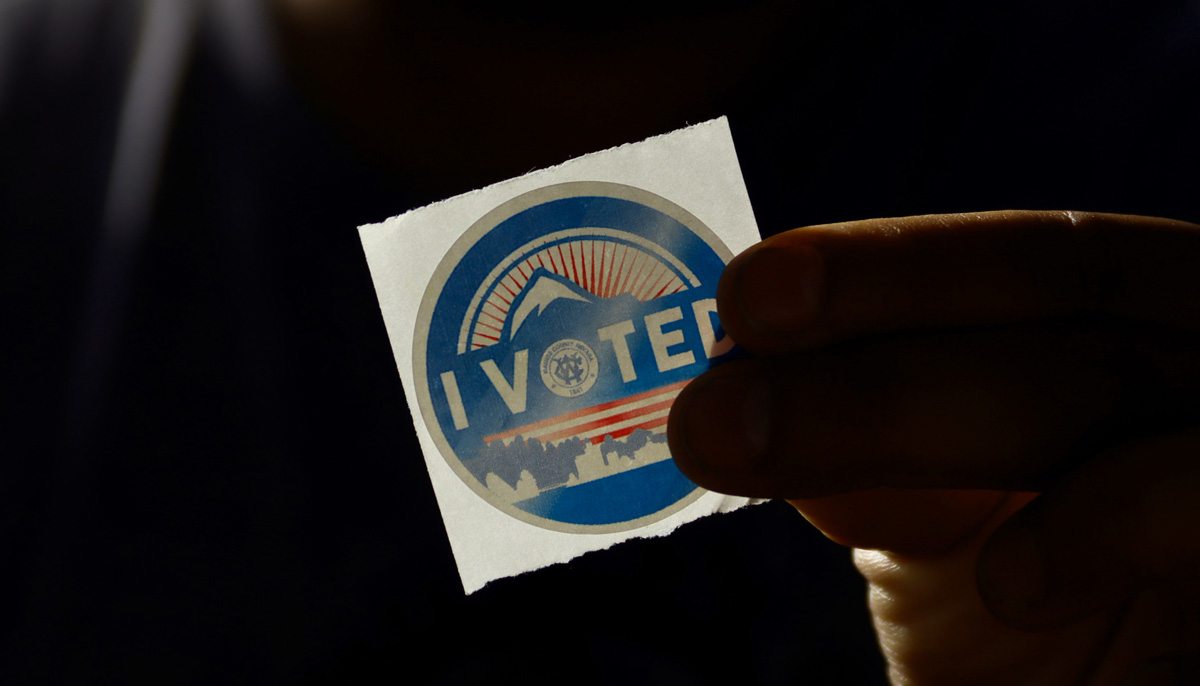 It’s over(ish). The most hateful, bitter election of my lifetime, with folks on both sides of our political chasm feeling like the soul of the Republic is at stake, is wrapping up exactly as predicted: with the president willing to shred the fabric of democracy to stay in power.

In my blue-siloed communities, as we finally exhale, folks are trying to make sense of what we’ve just been through. Maybe you are as well, whatever ticket you voted for. The path that led to this moment is long, and the water under the bridge dark and cold. So, first things first. Nothing can be understood through the fog of war. If you haven’t much this week, take a moment now to look up from the screen, see where you are, let in your breath, and let it out. Invite your jaw to unclench, or wherever you’ve been holding your rage, fear, confusion, or shred of hope.

The communal body we call the United States is wounded, though it’s more accurate to say still wounded. Founded by religious fundamentalists and gold-seeking speculators, we have been a nation of profound contradictions from the beginning. The Enlightenment ideals of liberty and equality were burned into the heart of the young Republic by churchgoing slaveholders who somehow managed to venerate both the transcendent moral authority of the Gospels and the soul-crushing violence of buying and selling human beings. We have welcomed refugees and immigrants seeking safety or the means to a better life, and systematically destroyed Indigenous cultures across the continent.

If your heart is heavy with grief for what this country has become, the prescription is twofold: inner and outer.

Even now, with the spiritual righteousness of the civil rights movement woven through our national identity, there are still some who hope structural racism and inequity will be strengthened rather than overcome. The president and some of his followers—though certainly not all—seem to hold this reactionary position, but perhaps his deeper legacy may be in how fully he has normalized a callousness and amorality radical even for our hardly pristine political landscape. Many folks on both sides took the bait, and our national conversation unfolds with fear and contempt as its primary themes.

How do we move forward from here?

Like the Gospels, the teachings of the Buddha turn on a luminous moral vision: that dedicating our lives to wise action and reducing harm in the world is the path to liberation. Greed, which destroys beings in its insatiable hunger, is to be transformed into generosity. Hatred, that most bitter drink, abandoned for the cool water of kindness. And delusion, the failure to see how our actions create the world, polished into clarity.

The most inspiring moments this week have been the moral ones. Authorities on both sides committing to fairness and transparency instead of lies and deception. Regular people demanding that the process unfold in a nonviolent, ordered way, and celebrating the fundamental virtues of democracy, as flawed as ours may be. This is the real victory.

In the coming days, the drama will continue, and the bitterness of this long moment will be with us as a nation for many years. If your heart, like mine, is heavy with grief for what this country has become, and especially if you’ve been lost in the myth of us and them, as I certainly have at times, the prescription is twofold: inner and outer. Internally, recognize any feelings of hatred and contempt, judgment and blame, for what they are: poisons in your own heart. Whenever you can touch into kindness, compassion for the pain of others, and forgiveness—yes, even for them—invite these to fill your being, and drive your actions and words. Externally, stay close to your values as you move through the charred landscape. Revenge and banishment are not the path. Don’t take the bait.

In an ancient Buddhist image for our world, living beings wander through a beginningless cycle of birth and death, driven forward on waves of success and failure, gain and loss. In politics as in all of life, you never get everything you want. That’s birth and death. But when we take refuge in the moral heart of the path—the vow to not cause harm as best we can, to speak the truth with kindness, and to endeavor to act from wisdom in a wounded world—the end of the ancient, painful cycle is near.