From the November 2017 issue of Lion’s Roar. 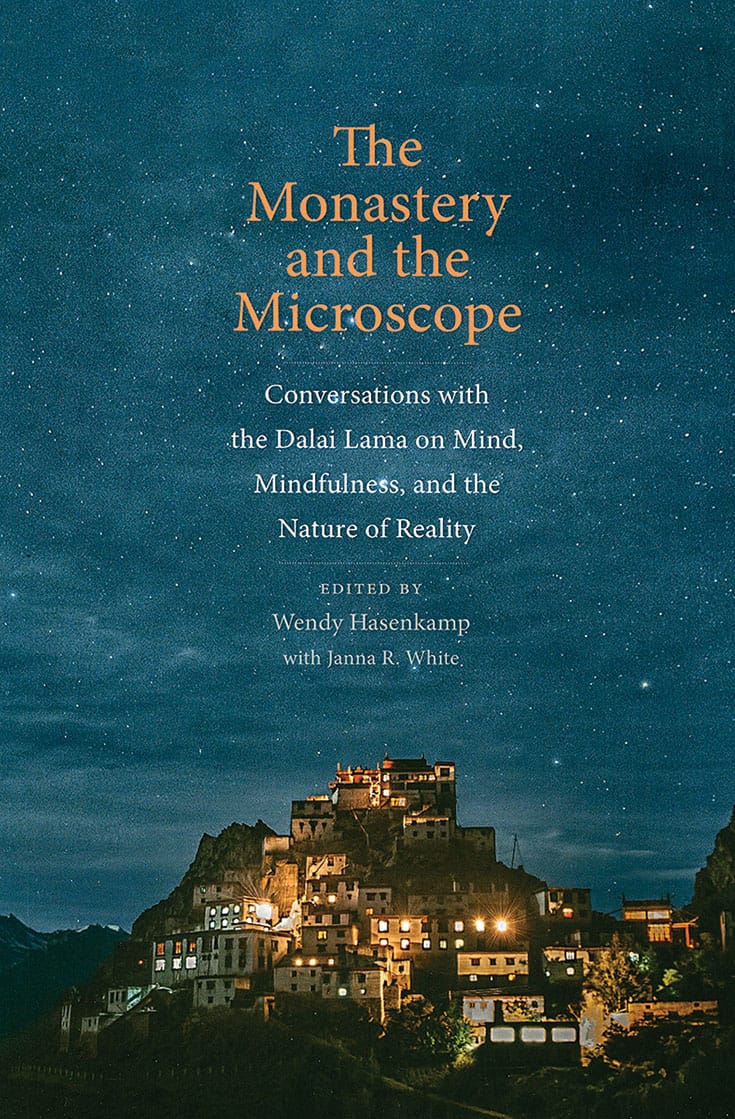 The Monastery and the Microscope

Conversations with the Dalai Lama on Mind, Mindfulness, and the Nature of Reality

History was made in 2013 when the Dalai Lama met with a group of leading scientists, philosophers, and monks at Drepung Monastery in India. It was one of the first and most important dialogues about modern science and ancient Buddhist wisdom. For six days they discussed such weighty matters as the nature of reality, consciousness, and the human mind. This book is a written record of the contributions from scholars like Richard Davidson, Thupten Jinpa, Matthieu Ricard, Tania Singer, and Arthur Zajonc. The chapters span a range of subjects—physics, consciousness studies, neuroscience, and the practical applications of contemplative practice—and find many linkages between Western science and Tibetan Buddhism. Most importantly, write the book’s editors, the exchanges at Drepung Monastery were a starting point by which “we can move toward a more holistic worldview that will help us to meet the collective challenges of our inner and outer worlds.”