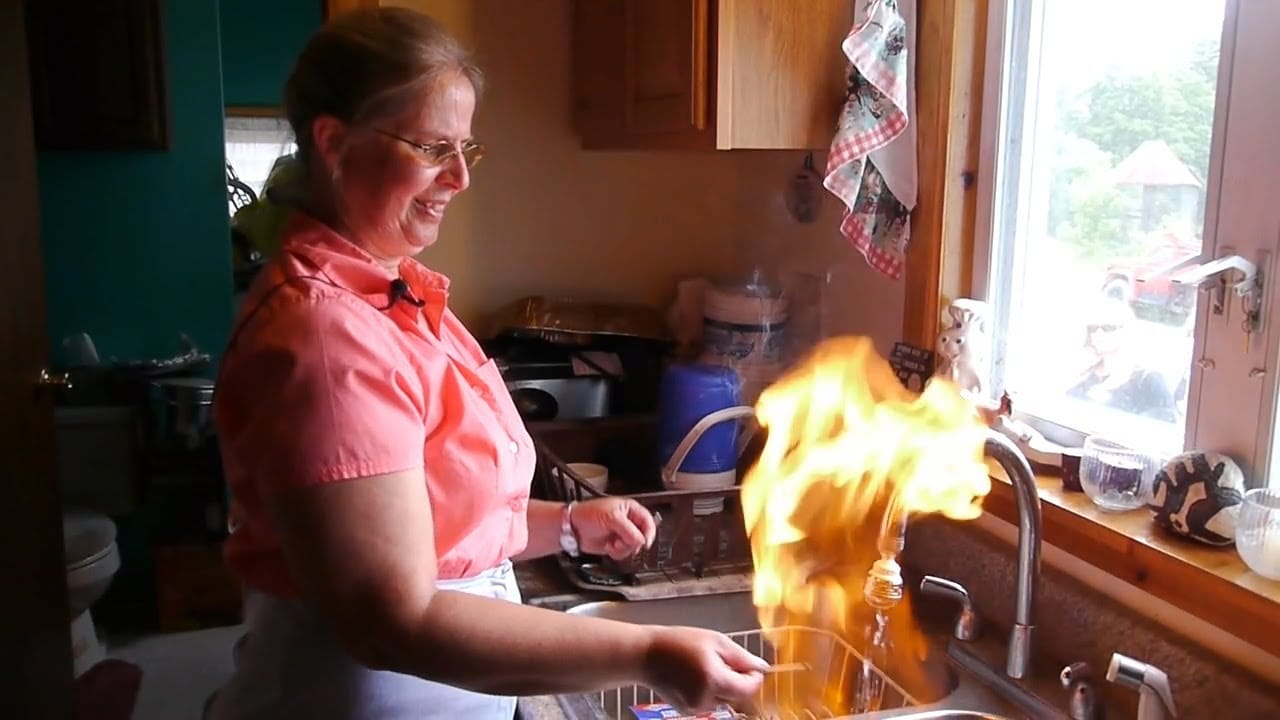 Sherry Vargson of Granville Township, Pennsylvania sets her tap water on fire, due to methane released from nearby fracking. Screenshot from "Fracking nightmare-Lighting taps on fire from fracking is real" by Scott Cannon.

The leadership and members of San Francisco Zen Center have issued the following letter to California Governor Jerry Brown, in advance of March 7th’s planned March for Real Climate Leadership, an anti-fracking protest which will take place in Oakland.

We write to urge you to ban hydraulic fracturing—fracking– in California and, more generally, move away from making our state a major producer as well as a consumer of fossil fuels. We celebrate that you have, in your inaugural address, made a renewed commitment to addressing climate change.

We know—you, and us, and many in California and elsewhere–that hydraulic fracturing is destructive of so many things. It has a long, deep, devastating impact on many species, as well as human beings. It is a theft the present makes from the future, compromising for the sake of the few who profit in the present, longterm well-being for the many to come. It commits us to continue pursuing fossil fuel and with it climate-change emissions when we know, as you said in your inaugural, we need to take “significant amounts of carbon out of our economy.” This should mean not only what we consume here in the state, but what we produce to be consumed anywhere.

That carbon goes into the upper atmosphere, wherever it is burned. Too, fracking devastates water, both in the huge amounts used in the process, and in the lasting contamination of groundwater, a terrible waste in a dry state. We can leave that oil in the soil. And we must. We ask that you sign a bill banning fracking and help turn us away from the age of fossil fuels with its immeasurable and lasting damage to the biosphere. California, with its extraordinary implementation of energy-efficiency standards during your first term as governor, with Assemblywoman Fran Pavley’s emissions legislation in 2002 that set nationwide standards under the Obama administration, with the California Global Warming Solutions Act of 2006, has often led the way for the rest of the country. What happens here matters everywhere.

For the well-being of all life now and to come,

from temples in the lineage