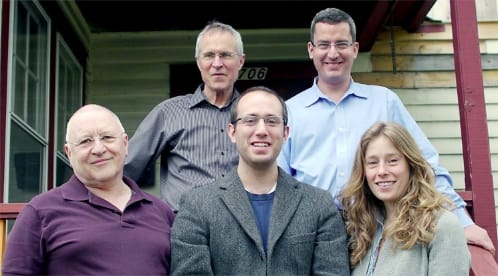 This will add some 300 titles, including many by the Dalai Lama, to the Shambhala catalog. The acquisition was announced via posts at the websites of both Shambhala and Snow Lion.

According to Shambhala, the move will allow the Boston-based publisher to “offer the widest selection of Tibetan Buddhist books from a single publisher,” and was “in some ways more like a marriage than a business deal, since [Snow Lion had] been our esteemed colleagues in Buddhist publishing for well over twenty years.” Shambhala was launched in 1969 with the publication of Chögyam Trungpa’s Meditation in Action and has since grown to become the largest publisher of Buddhist books, as well those of other spiritual traditions, and other types of material published under Shambhala-owned imprints.

Shambhala publisher Julie Saidenberg has told Publishers Weekly that Shambhala will “retain the Snow Lion name as an imprint and at least three Snow Lion editors will move to Shambhala.” Certain services from the Ithaca, New York-based Snow Lion, like their weekly Dalai Lama and Dharma e-mail quotes, will resume soon, without current subscribers needing to do anything.

“Shambhala and Snow Lion have always had a very positive, collaborative relationship, and this really accelerated in the last year and a half as Sidney Piburn, Snow Lion’s cofounder, and Jeff Cox, the president worked with Ivan and Sara Bercholz and me on a few challenges we face in our little corner of the publishing world, which is changing so quickly.

“Many of us here at Shambhala read a lot — and I mean A LOT — of Snow Lion books. So we were big fans to begin with.  The ground was ready.

“The basic driver for this was that Sidney and Jeff wanted to be sure that Snow Lion’s mission, making important books from the vast Tibetan Buddhist tradition available, continue and flourish and not be dependent on them personally.  And thus,  Snow Lion is now part of the Shambhala family.

“Snow Lion’s editorial team is now part of Shambhala as well, and Sidney will be helping us out too — he is a gem and the whole Tibetan Buddhist world is really indebted to him as well as the entire Snow Lion team for their dedication and incredible work for over thirty years.”

The following is from a letter about the acquisition posted by Snow Lion co-founder Sidney Piburn, President Jeff Cox, and editor Christi Cox:

“Thirty years ago His Holiness the Dalai Lama gave the founders of Snow Lion a mission: to publish books from all the traditions of Tibet. It was most important, he told us, to be non-sectarian in our approach. More specifically, he suggested that we publish translations of classic texts and monastic textbooks from each of the four main lineages of Tibetan Buddhism, commentaries by eminent lamas past and present of their respective lineages, and works by Western practitioners and scholars skilled at bridging the cultures. In addition, he suggested we publish books for those newly interested in Buddhism, books for serious students and scholars, as well as materials for advanced practitioners.

“As we’ve gotten older we’ve been working to ensure that our important mission continue into the future. We feel very pleased that we were able to connect with Nikko Odiseos and Sara and Ivan Bercholz, the new generation so capably running Shambhala Publications. All of them are serious practitioners of Tibetan Buddhism, and they share our interest in preserving the full range of this invaluable tradition.

“So we are very pleased that Snow Lion is joining Shambhala Pubs and we have great confidence in its continuous bright future! It has a good home and we are looking forward to the great work still to come!”

The Shambhala website now includes the Snow Lion titles and has been updated both in design and in functionality, so that visitors can search by tradition and practice. Shambhala states that they “will no longer carry merchandise and practice items other than books and audio,” which had been a significant part of the Snow Lion catalog. In their statement, however, they do list several recommended distributors of such items. Shambhala Publications books are themselves distributed by Random House, and Snow Lion’s titles will be similarly available later this year.